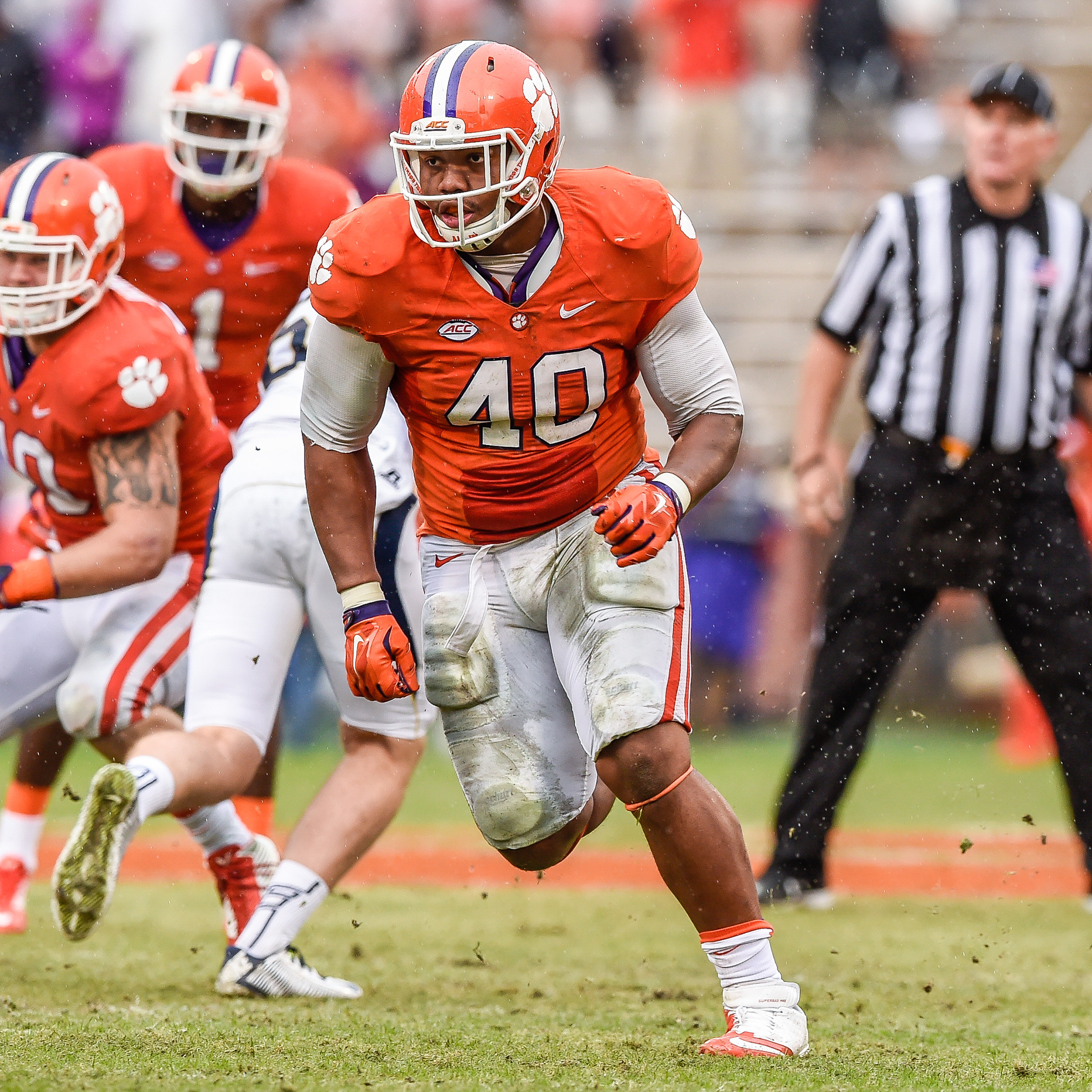 For defensive tackle Roderick Byers, there weren’t any thoughts of attending Clemson out of high school. In fact, being on the East Coast wasn’t in the cards for him either.

The Rock Hill, S.C., native attended Northwestern High School, where he helped lead his team to a perfect season and the state title as a senior. He had 98 tackles, 15 tackles for loss, seven sacks and seven pass breakups.

Rated as the No. 31 defensive end in the nation by ESPN, Byers was originally committed to Oregon. But on national signing day, he changed his commitment and signed his letter of intent to play for the Tigers. For some time, he questioned whether his choosing Clemson over the West Coast power was the right decision.

“I actually thought about those days quite often in the beginning when I redshirted,” he admitted. “I would think about what it would have been like if I went out to Oregon, but when I think about my time here at Clemson, I realize it has been the best place for me. I’ve grown so much with the things that I’ve had to go through. It’s produced a lot of growth for me.”

The last five years have been a growing process for Byers, who has seen his share of ups and downs since coming to Tigertown. But through it all, he has remained steadfast with his decision in 2011.

“I’m thankful because I’m not just a better football player, I’m a better man. I’ve made numerous connections with a lot of people, through networking and things like that. With the resources Clemson has to offer, I believe I made the right decision.

“Even though I had my doubts in the beginning, as I’ve matured and been here for some time, I see that it’s been a great decision, and I’m really happy about it.”

Byers attributed much of his development and progress to the opportunities and resources he has had since attending Clemson. Byers could not say enough about the kinds of resources he has been equipped with as a student-athlete, and exhibits more confidence about the ability to succeed in life after football.

“I think it’s really critical how important resources are. It’s really remarkable the things Clemson has for us. Even as a younger student-athlete, I took them for granted. But as I’ve gotten older, I’ve come to understand that I’m getting ready to go into the real world, and all these things apply.

“It’s a great benefit we have that we’re able to get those resources. We’ve been afforded a great opportunity, and football doesn’t last as long as a lot of guys think it may last. What makes Clemson special is that we’re equipped with more than we actually need to succeed, and it’s a great privilege to be here.”

Meanwhile, football is still a big part of Byers’ life, and it is one of the best teachers in accountability, responsibility and perseverance he has ever had is his position coach, Dan Brooks. If there is one thing Byers appreciates about his position coach, it is Brooks’ passion and desire to get the best out of each and every one of his players.

“Coach Brooks holds us accountable and wants us to do our best, and I really appreciate the relationship,” stated Byers. “He’s not a guy who’s going to smile all the time, and when it’s time to work and be serious, he’s going to do that. He shows you a lot of tough love, but at the end of the day, it’s all about his players, and he shows that every day.

“He’s sincere about his job and cares about our well being and wants us to be successful. It’s an honor to play for a coach who has done so much. He’ll be the first to tell you he’s no better than the rest of us and we’re no better than him. He does an excellent job at coaching us and helping us become better men.”

As the team fielded questions about its defense, many believed Clemson’s defensive line would not be able to match up to last year’s stout group. Byers respectfully disagrees and wants to remind everyone that players like him saw plenty of action last season and are more than capable of taking up the mantle.

“Coming into the season, all everyone wanted to talk about was how Grady (Jarrett) is gone, DeShawn (Williams) is gone, Josh (Watson) is gone,” said Byers. “But guys like me, Carlos (Watkins) and Scott (Pagano) were all here last year, too, and we contributed to what a lot of those guys did and know how to be successful.”

Byers also praised the freshmen and younger group of defensive tackles, which he believes has the potential to be a very special group. Byers stated that more than anything, their ability to understand the defense is a unique trait that puts them ahead in their overall development.

“The freshmen who have come in are ahead of where we were compared to them,” said #40. “To say the future is bright would be an understatement, and I’m not just talking from a talent standpoint. The mentality that these guys have, how they’re able to understand the defense…we really have some special guys here.

“This defensive tackle group is willing to work, compete and get dirty, with no big egos, pride or anything that would have a negative effect on us. At the end of the day, we’re going to work hard and give it all we’ve got.”

And no one provides a better model for the young players than Roderick Byers. We are all glad he decided to stay on the East Coast.