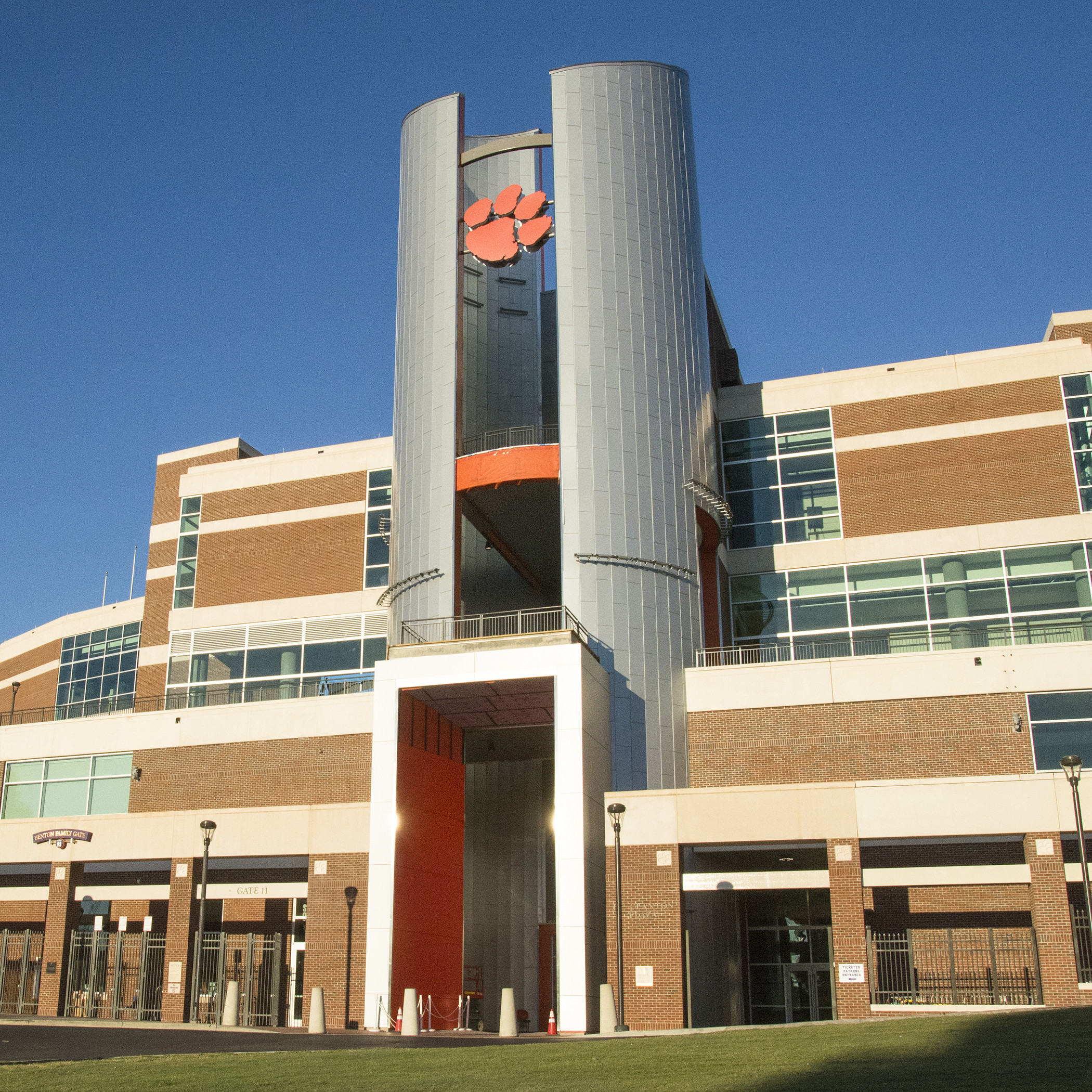 For nine months, we watched it grow, and now it shines in all its beauty…the Oculus. The vertical structure that resembles the national championship trophy is actually the third-phase addition to the WestZone complex, where not only are the offices of Clemson football housed, but also the fourth floor WestZone Club.

As you look at Memorial Stadium from the West, the Oculus definitely dominates as the signature piece, but it is much more than just eye candy. The new addition includes a bridge that has created a way for fans, once inside the gates, to move with ease through the mid-level area of the WestZone.

The Oculus has also created some prime spots for viewing the tailgating areas to the West as well as Tiger Walk, which occurs two hours prior to each home game. It is these prime viewing spots that head coach Dabo Swinney and his staff use for recruiting.

The recruiting business can be competitive at times, especially when recruiting the nation’s elite. Every college football staff is always looking for something to set its program apart. For Clemson, the separating factors are the “Clemson Family” element, academics, tradition and facilities.

The Oculus, for most of us, was something that had been of legend. When the WestZone project was first proposed and drawings first appeared, there it was. There were rumors of a Tiger Paw “Bat Signal,” but those were just rumors, places where internet legends grow.

When Dan Radakovich became Clemson’s director of athletics, he looked at the Phase III drawings and envisioned a practical purpose. With no way for the masses to move between the North and South stands on the West side of the stadium, the practicality of a bridge was, well, just too practical.

So enjoy Clemson’s one-of-a-kind Oculus in its permanent place hovering above the Memorial Stadium stands.