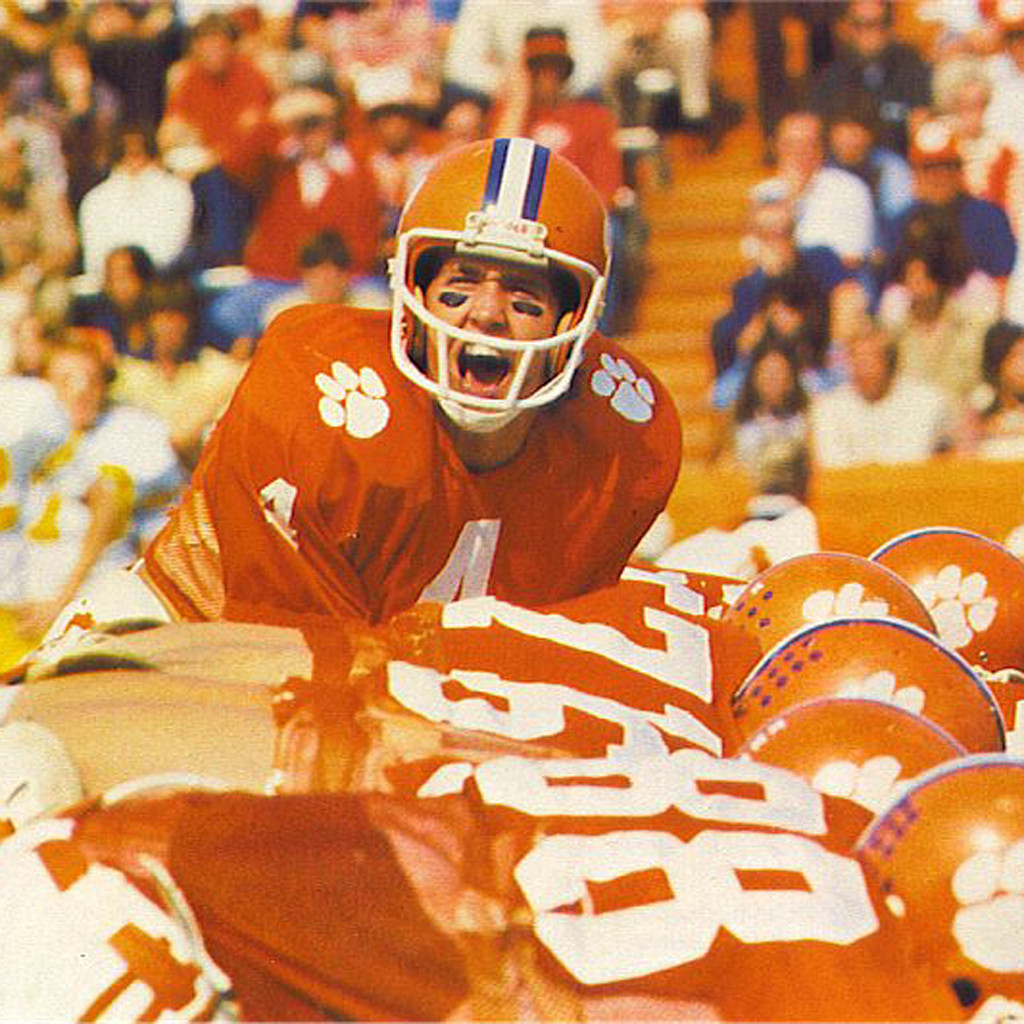 The Legend of Steve Fuller

Dabo Swinney has had plenty of good ideas since he became Clemson’s head football coach. One of those brainstorms came to him last year when he talked to me about giving incoming freshman Deshaun Watson uniform No. 4. The five-star quarterback had worn the jersey number in high school and wanted to wear it at Clemson.

A coach who has a deep appreciation for a program’s history and traditions, Swinney was well aware that the number had been retired in honor of Steve Fuller, Clemson’s All-American quarterback from 1975-78.

So, Swinney and I discussed the idea of Watson wearing No. 4 with a patch that had Steve Fuller’s name on it in a visible area of the jersey.

Swinney and Fuller have been teammates at the annual Chick-fil-A Bowl Golf Challenge the last few years and have a close relationship. So, Swinney talked to Fuller about Watson wearing his number with the patch and he was on board.

Fuller’s number was retired at the 1979 Spring Game. He was inducted into the Clemson Ring of Honor in 1994. But 20 years have passed since then, and we both thought this would be a great way to educate a new generation of Clemson fans about Fuller’s accomplishments, because they were significant.

In many ways, his career is the most important in school history because it jump-started the rebirth of Clemson football in the 1970s. Those accomplishments have had a direct effect on what has been accomplished in recent years under Swinney’s direction.

Fuller was the consummate leader, teammate and a well-spoken representative of the program. Just as Tajh Boyd was the last few years, Fuller was the face of the University.

Most of the records Fuller set 35 years ago have been eclipsed thanks to the proliferation of the spread offense. In that 1978 season Fuller threw 187 passes in 12 games. Last year, Boyd had thrown 187 passes by the seventh game. For his career, Fuller averaged just 12.9 passes per game compared to Boyd’s 29.8.

One record Fuller still holds is most selections as ACC Most Valuable Player. He won the award in 1977 and ‘78 when he took a program that had not been to a bowl game or ranked in the top 20 in 18 years to consecutive bowl games and consecutive top-20 rankings, including a then program best No. 6 final spot in ‘78.

Fuller is the only quarterback in Clemson history to be named an All-American on and off the field in the same season. He was sixth in the voting for the Heisman Trophy, tied with C.J. Spiller for the highest finish in the voting by a Tiger.

Fuller was a terrific leader. When the Tigers defeated Ohio State in the 1978 Gator Bowl in his final game, Danny Ford was coaching his first game as a head coach at age 30. Ford will be the first to tell you that Fuller’s command of the offense and team leadership made his job a lot easier that night as the Tigers beat the Buckeyes, 17-15.

At the conclusion of his career, Fuller was awarded one of the 11 National Football Foundation Scholarships. Twice he was the recipient of the Jim Weaver Award, which goes to the top ACC scholar-athlete across all sports.

Coming out of Spartanburg High School, Fuller was first in his class of 826 students. He graduated from Clemson with a 3.9 GPA. When he was selected in the first round of the 1979 NFL Draft by the Kansas City Chiefs, a scout told me Fuller had the highest Wonderlic score among all the players drafted.

Fuller achieved at the NFL level as well. A starter with the Chiefs, he went on to win a Super Bowl Championship with the 1985 Chicago Bears. Today, Fuller lives in Hilton Head Island, S.C., where he has been very successful in the real estate industry.

I know Deshaun Watson has an appreciation for Clemson football tradition and the uniform number he wears.

He certainly has a great predecessor to emulate.