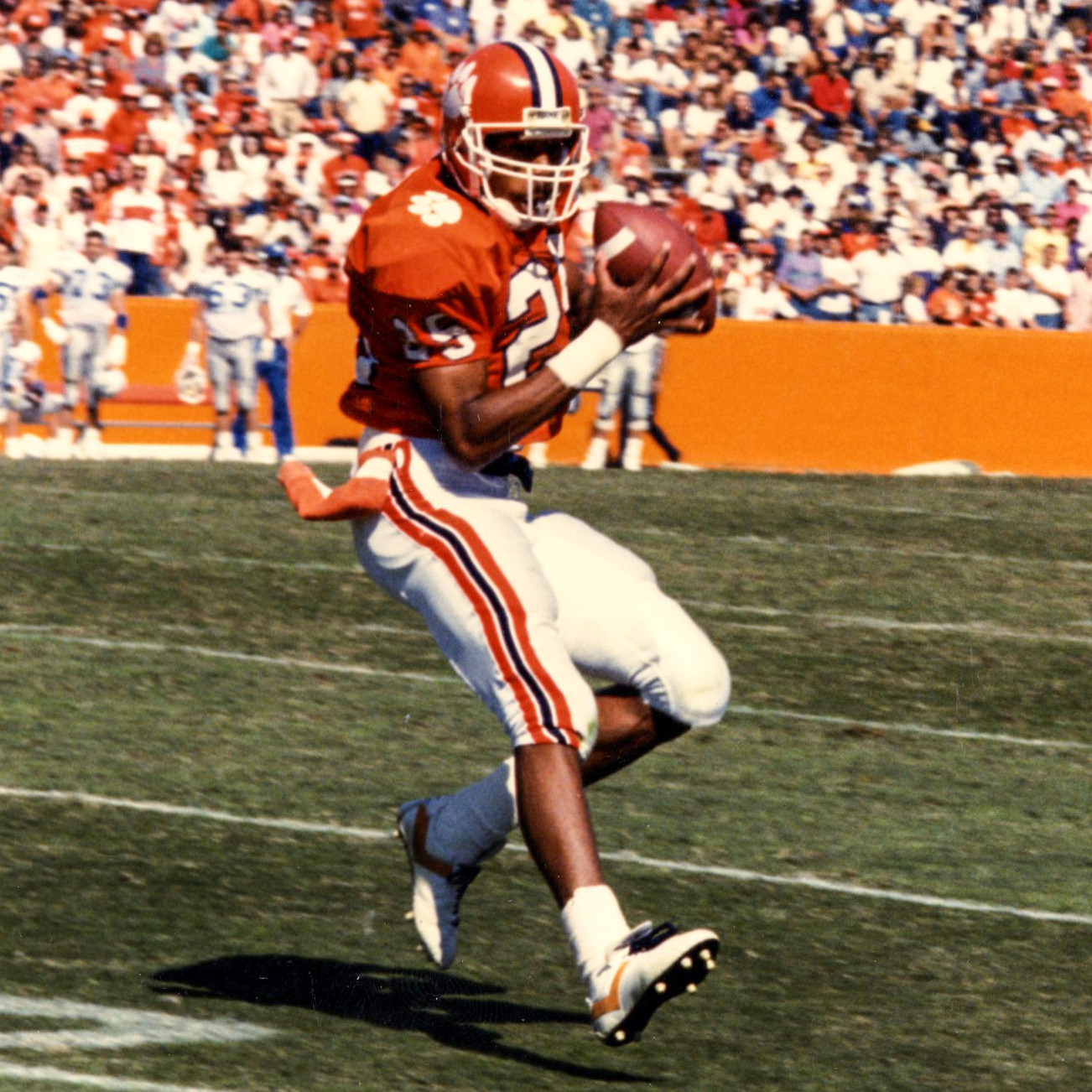 Oct. 3, 2015 is a date I will remember for a long time. I will remember it because it will be the only day of my sports information career that my alma mater, Notre Dame, came to Clemson for a football game, and I had the privilege to be the host football communications director. I was able to see many old friends from both universities, and it was a thrilling game that came down to the final seconds in a 24-22 Clemson victory.

But, I will also remember that day for some sad news I received just after the conclusion of the ESPN College GameDay program. Just after noon, I received a call from Woody McCorvey while standing under a dripping wet tree on Bowman Field. He informed me that former Clemson wide receiver Gary Cooper had died.

Woody and I had talked about bringing Gary to campus so he could serve as an honorary captain for a game. He had not been to a game at Clemson since 1991.

If you browse the 2015 ACC football recordbook, you will find Cooper’s name as the No. 4 entry on a significant chart. He holds that standing in ACC history for yards per reception (minimum of 70 catches) with a 20.2-yard figure thanks to 79 career receptions for 1,592 yards and 11 touchdowns.

“Gary Cooper had great height, strength and speed,” explained McCorvey, now an associate athletic director in the Clemson football department who was Cooper’s position coach from 1986-89.

“There is no doubt if he played at Clemson today, he would put up some incredible numbers. We were a team that was built on the run, but Gary could break a long play as a receiver or a runner.”

In 1988, Cooper had a 61-yard receiving touchdown from Chip Davis on an end-around pass. He outran a Florida State secondary that included Deion Sanders. It was Clemson’s top “trick play” in years, but it did not get the notoriety it deserved, because the Seminoles executed the “Puntrooskie” to perfection in the fourth quarter and won 24-21.

That was the story of Cooper’s career. He never got the acclaim he deserved. For his career, Cooper averaged nine yards per carry. In 1988, he touched the ball 21 times and averaged 26 yards per play.

“Gary gave us an advantage because he played the Z wide-receiver position and had a size and speed advantage on the defensive backs who had to cover him,” stated McCorvey. “When he caught the ball, he made something happen. He was like Sammy Watkins in that he attacked the football when he went to catch it.”

After totaling 504 receiving yards as a senior in 1989, Cooper was drafted by the New Orleans Saints and was the last wide receiver cut before the 1990 season. He then went to Canada and played for the Montreal Machine of the World League of American Football.

After that season, he returned home to Georgia. On June 1, 1991, he received a phone call from the Kansas City Chiefs, who signed him as a free agent. The day before he was to leave for Kansas City, he was driving on wet pavement in Georgia and was involved in an automobile accident.

Cooper’s injuries were significant, as he suffered traumatic brain injuries. He would never walk again.

After a long rehabilitation, Cooper attended a college in Pennsylvania near his hometown. He earned his degree in accounting, but the remaining years of his life were very difficult, as there were many complications as a result of the accident. The complications from a respiratory infection became too grave on the day the Tigers defeated Notre Dame at Memorial Stadium.

I tell Gary’s story for two reasons. First, current student-athletes need to appreciate the time they have playing a game they love. Second, Tiger fans need to remember Gary Cooper and what he did for the Clemson football program in the 1980s.

He was a heck of a player.