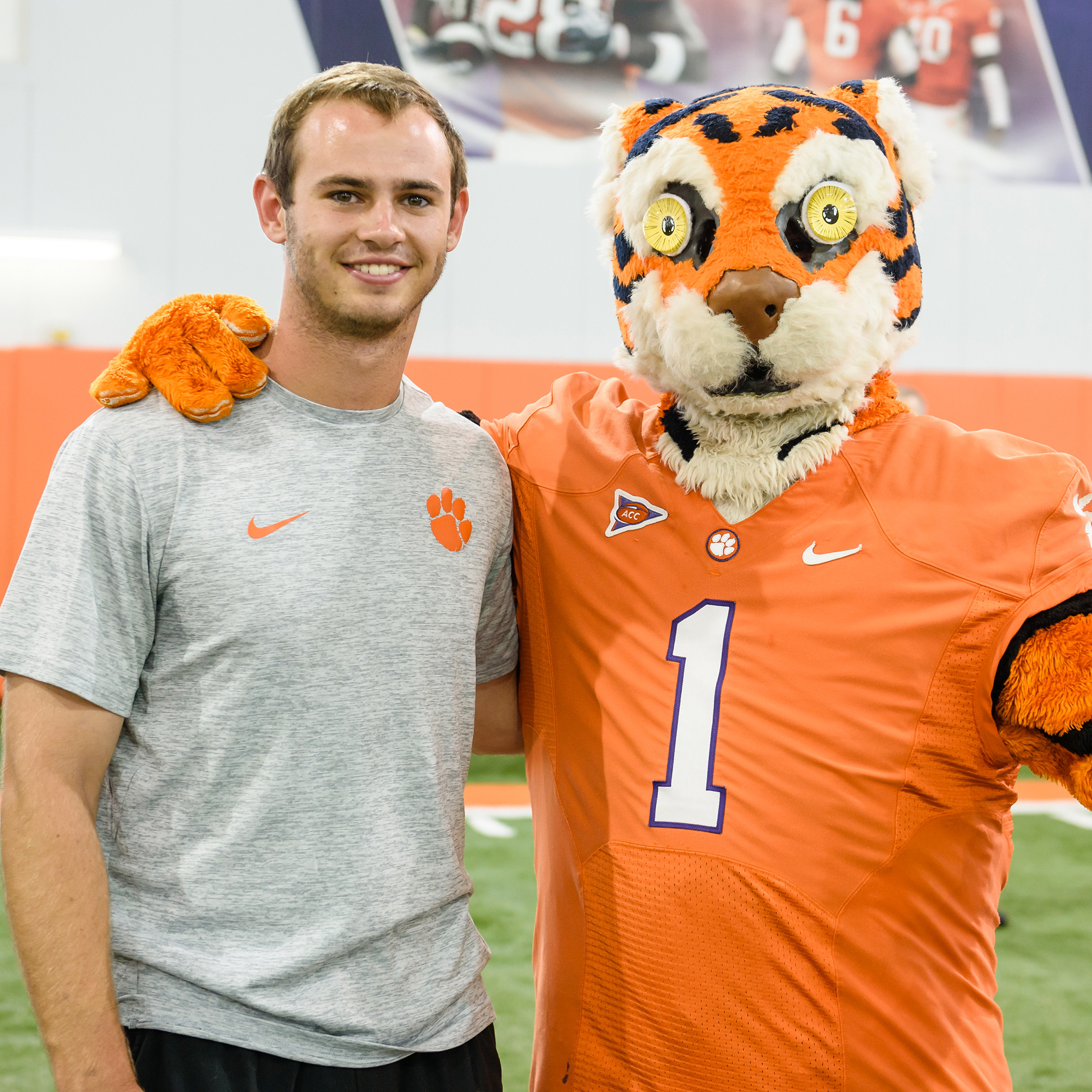 When Hunter Renfrow met with the media the Tuesday prior to the season-opening game against Kent State, he was asked what areas of the game he can improve on for his junior year.

Where can the junior wide receiver who caught the game-winning touchdown pass from Deshaun Watson in the national championship game victory over top-ranked Alabama improve? Where can the player who had 10 receptions against the Crimson Tide’s fleet of five-star defensive backs, the most against Nick Saban’s defense in the last five years, improve?

This was the question for the Tiger who I could recall dropping just one pass all year, and that was in the Troy game after he suffered a hand injury while making a brilliant touchdown reception. (It was an injury that forced him to miss the next four games.)

It was a question for the wideout who had played four College Football Playoff games the last two years and had 26 receptions and five touchdowns, both records for the event’s three-year history.

As the football communications director, I listen to these interviews with our players and I ask myself how I would answer their questions from the media in an effort to help them. When Renfrow was asked this question, I said to myself, “I wonder what he is going to say?”

“I have worked a lot on reaching out and catching the ball with my hands away from my body,” explained Renfrow. “You might notice that on the last catch against Alabama, I caught the ball against my chest. If I had been hit from behind (with authority), the ball could have been jarred loose.”

That was a great answer, one I had not thought of. But being a true student of the game, it did not surprise me that he had that answer. But it also told me all you need to know about Renfrow and the Tigers for the 2017 season.

Tiger fans need not worry about this being a team that is living off last year’s incredible, once-in-a-generation level of accomplishment…not with leaders like Renfrow.

And it would be easy to do. It was Renfrow who was on the cover of Sports Illustrated the week after the 35-31 win over Alabama. His two-yard, game-winning catch with just one second left will be the greatest play in school history for years to come.

For the fun of it, Renfrow has kept track of how many Sports Illustrated covers he has signed since that issue was published nine months ago. The number was 3,450 as of Aug. 27, and that included 183 during Clemson’s Fan Day on Aug. 20.

There was a day for him in his hometown of Myrtle Beach, S.C. When the team went to the White House in June, he was one of the players president Donald Trump singled out and asked to come forward for a personal handshake during the ceremony. People come up to Renfrow in department stores and ask for his autograph.

One night during the summer, I was outside Allen N. Reeves Football Complex and there was a family with a football and program from the national title game outside the door. Many players walked by. I asked the fans if they were waiting for Dabo Swinney.

“No, we are waiting for Hunter Renfrow.”

I can report that all this attention has not changed the original walk-on one bit. He is still the same player, and most importantly, the same person.

The big reason is that the returning players on the team follow the lead of their head coach, who has it all in perspective.

“Coach always tells us that last year’s catches and touchdowns won’t count this year. Last year was great, and we celebrated that, and we will have some great reunions in the future. But this is a new team and a new season.”

And Renfrow will be working just as hard on all areas of the game, as he did in 2014 when he made the team as a first-year freshman walk-on, to make this another successful year.