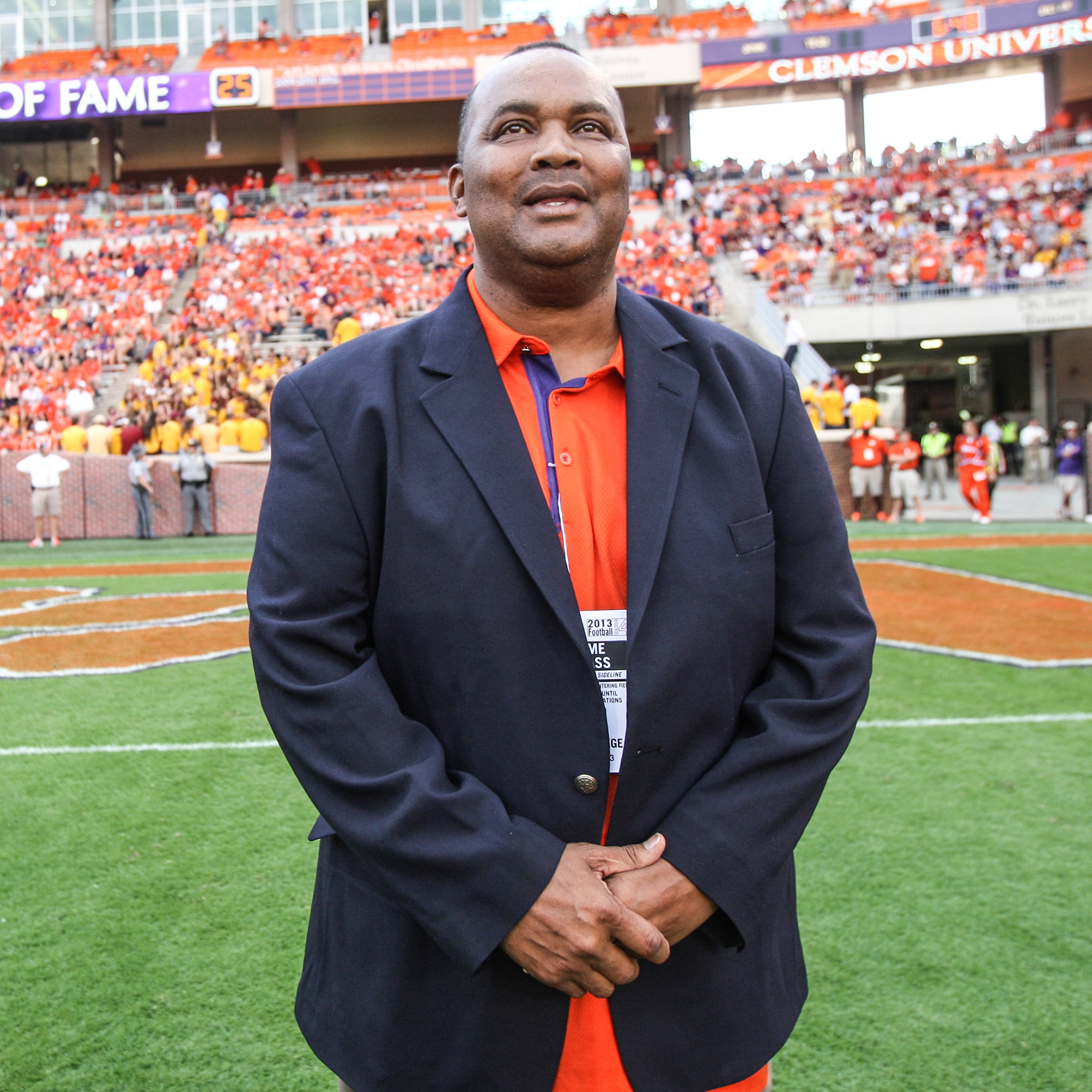 Each August on the eve of fall practice, I talk to the Clemson football team about dealing with the media. I go over our basic policies and give them some basic interview pointers.

He led Clemson in receiving in 1983 as a freshman with an 18-yards-per-catch average, and also led the top-20 1986 team in receptions. He was on his way to setting a school record for career kickoff return yards as well until he was relieved of that duty as a senior by head coach Danny Ford due to a hip injury.

On the diamond, he was a four-year starter with equal gifts when it came to speed and power. He hit 34 home runs and totaled 70 steals in his 200-game career, still the only player in school history to reach both of those marks.

Williams was inducted into the Clemson Hall of Fame in 2013. As you can see, his accomplishments were considerable, but some joked he should have been inducted just for surviving four years as a starter for taskmasters Bill Wilhelm and Ford at the same time.

When I would ask Williams to come to the Clemson House for interviews during the football season, he always showed up in a jacket and tie. He was the only student-athlete in any sport to do this for a number of years (Chandler Catanzaro also did it, complete with a bow tie).

While Williams was a pro prospect in football and baseball, and actually played both sports professionally with Cleveland in the NFL and Seattle in the minors, he knew it would not last forever.

He saw these interviews as an opportunity. It was an opportunity for some prospective employer to take note of his professional approach. He knew it would put him ahead of other prospects for jobs when he was finished with his playing days.

Sure enough, the native of Fayetteville, N.C., returned to the Upstate of South Carolina. He went job hunting and had a lot of prospects. He landed a job in the business world and has been with Allstate for many years.

Life was going along just fine for Williams until he was stricken with a liver disease this past summer. The disease advanced to the point where he needed a transplant.

Some doctors told him he should return home “and be comfortable.” He lost over 100 pounds. His right leg had to be amputated.

He was not given much of a chance until he went to Emory Hospital in Atlanta, Ga. There, a team of five doctors worked to get him on the liver transplant list. There was not much time. But a true act of God took place, and just 36 hours after he was put on the list, a match was found and he had the transplant.

On October 5, the day before his beloved Tigers left for Boston College, Williams was wheeled into the indoor football facility. At the conclusion of practice, he spoke to the team.

While his voice was a little soft, his message was strong. I smiled as I listened because it was the old Williams, the one who used to represent the Tigers before a big game.

After practice, many of the current players came up to greet him. It was apparent they had taken his message to heart.