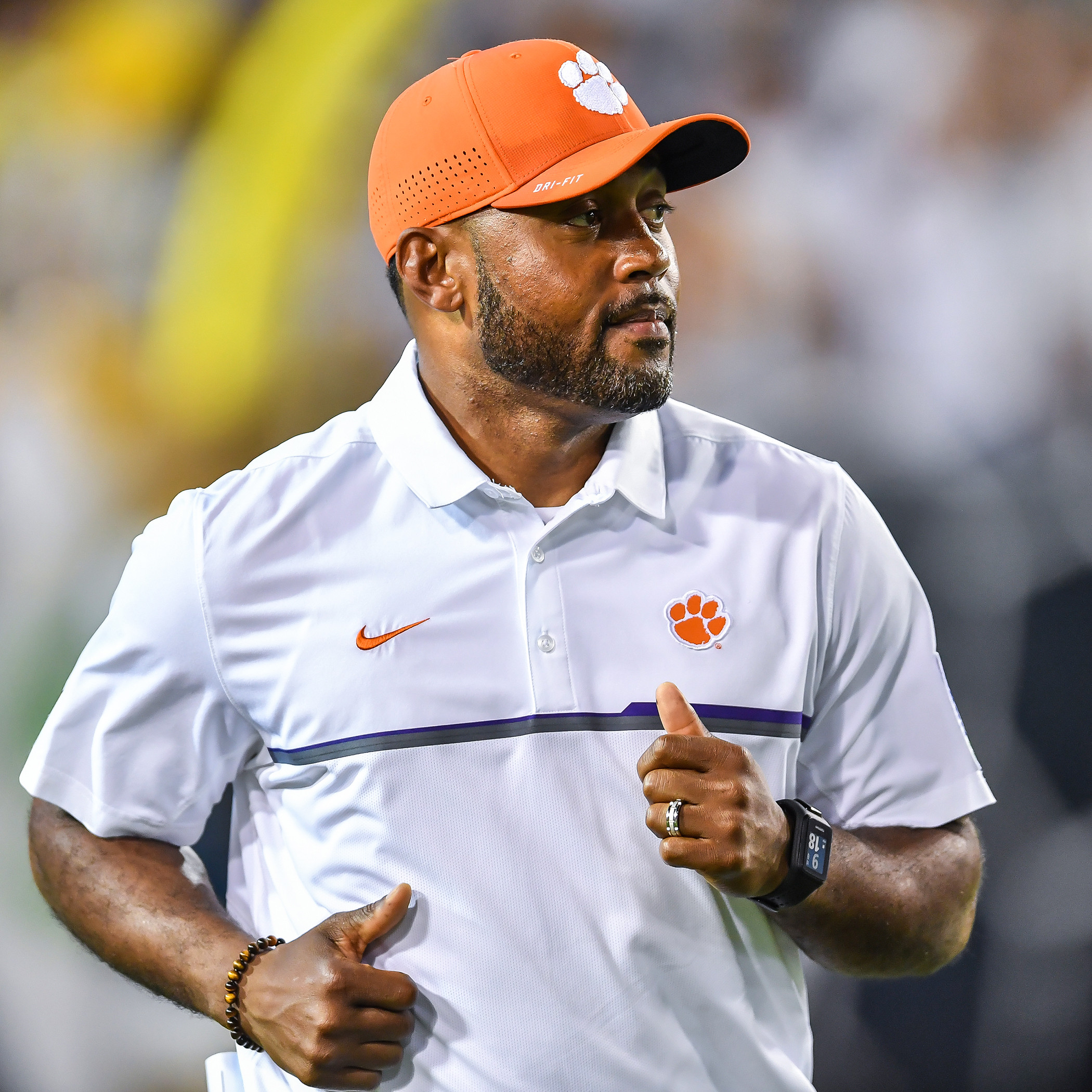 When head coach Dabo Swinney gave me Mike Reed’s resumé to help me author a release about hiring Clemson’s new defensive backs coach in the winter of 2013, I rolled my eyes and then chuckled.

One of the first items I noticed was that he was the captain of the 1994 Boston College football team, which meant he must have played against my alma mater, Notre Dame, in 1993. Boston College won that game at Notre Dame Stadium 41-39 in the final regular-season game, denying the Fighting Irish an opportunity to play Nebraska for the national championship.

I had not even met him, but I knew he forever had bragging rights over me.

Known as Michael Reed when he wore #17 for the Eagles as a hard-hitting defensive back from 1991-94, he came from Wilmington, Del., hardly a hotbed of high school football, but he excelled on the gridiron for the Eagles. He was named Second-Team All-Big East Conference in 1993 and was a consistent starter for a top-25 program.

Reed got off to a great start in that 1993 game in South Bend. On the second play of the game, he made an open-field tackle that kept running back Randy Kinder from a 30-yard gain. Later in the first possession, he collided with Lake Dawson with such authority that the future NFL wide receiver could not hang on to the ball, forcing a punt.

A seventh-round draft pick of Carolina in 1995, he played two seasons for the Panthers. Reed got a chance to see his future work environment, so to speak, as the Panthers played their home games at Clemson in 1995.

Reed went into coaching after the conclusion of his NFL career, first at Richmond, then with the Philadelphia Eagles. Among the players he worked with in Philadelphia was all-time Tiger great Brian Dawkins.

In 2007, Reed returned to the college ranks at NC State. Among the players he mentored in Raleigh was David Amerson, who led the nation in interceptions in 2011 when the Wolfpack had 27 interceptions as a team, the most by an FBS team in eight years.

At the conclusion of the 2012 season, Clemson had an opening for its defensive backs coach, and Reed made the move to Tigertown.

When we first met, I took a preemptive strike and brought up that game. It brought an instant smile, as it has to be among his most memorable moments in his athletic career.

Since he has been at Clemson, Reed has helped bring the program many memorable moments. Clemson’s record during his first four seasons (2013-16) was 49-7, the best record in a four-year period in school history. It includes a national title, two national championship game appearances, five bowl wins and a top-15 final ranking every year.

In Reed’s second year (2014), Clemson led the nation in 11 defensive statistical categories, including total defense for just the second time in Tiger history.

Five of Reed’s protegés (Mackensie Alexander, Bashaud Breeland, T.J. Green, Jayron Kearse, Tankersley) have already played in the NFL, and more are on the way.

As we all celebrated the national title on the field in Tampa last year, I noticed Reed hugging his players, and it occurred to me that he had made it up to me. While he had taken away a national title from my alma mater 23 years earlier, he had helped to give me one in my professional career at Clemson.