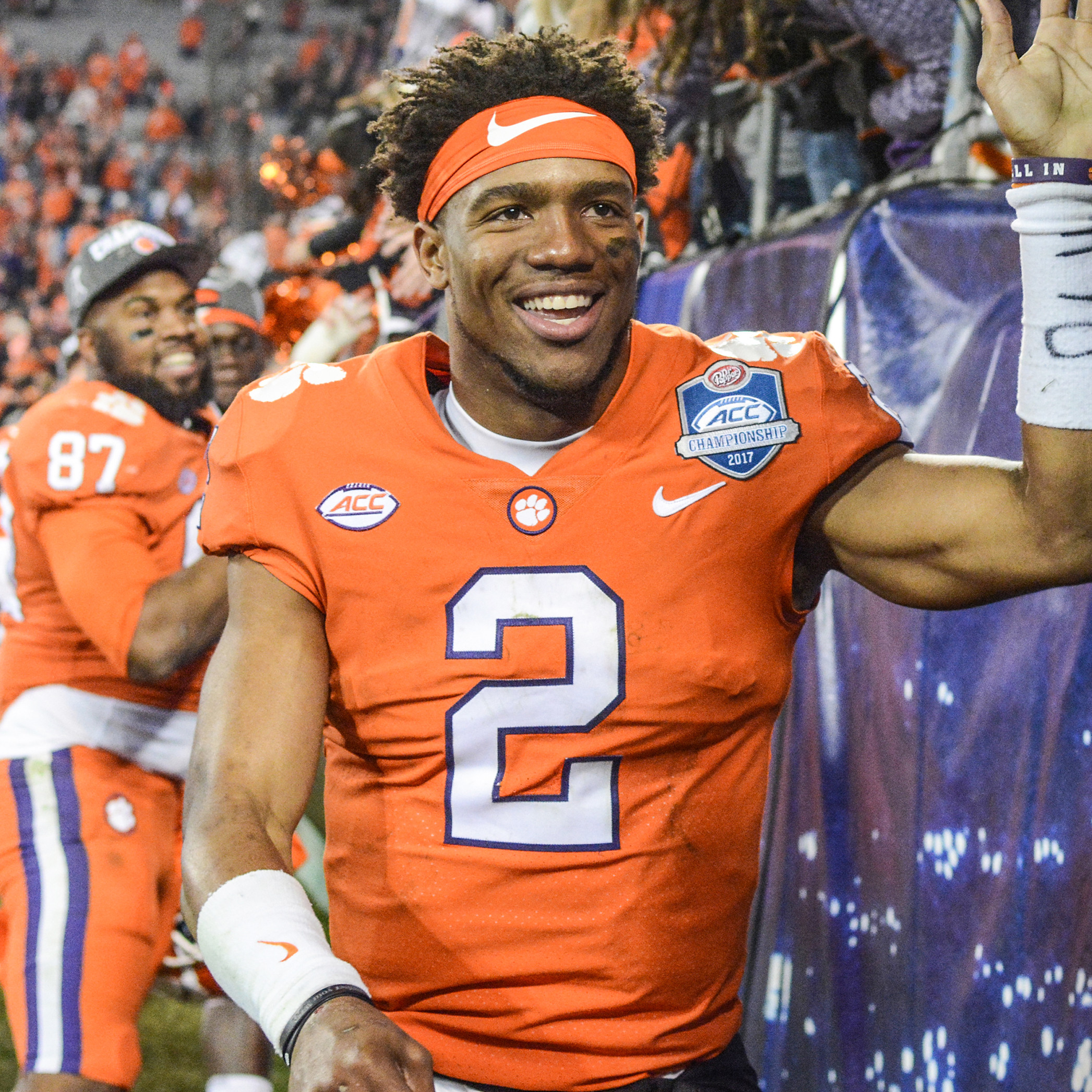 In the middle of July, much of the talk about the prospects for the Clemson football team centered around the quarterback position. There were two questions and two answers among the national media.

Most media pundits thought Kelly Bryant would be the starter on opening day, but many thought someone else would be under center for the nationally-televised game at Louisville.

But Bryant didn’t pay attention to any of that, and it is not surprising to those who have known him since he was a star high school athlete at Calhoun Falls High School and then Wren High School.

Facing question marks about his upside as a quarterback and facing stiff competition from younger quarterbacks was a walk in the park for Bryant compared to his previous life challenges.

In February 2014, Bryant was playing high school basketball for his Wren High school team. He did not play in the first half of a game because he was sick to his stomach. At the halftime break, he was throwing up blood in the locker room.

He had been sick off an on for a few weeks, but it was now time to go to the hospital.

Bryant was taken to the Children’s Hospital in Augusta, Ga., and an MRI revealed he had a softball sized abscess that was blocking his lower intestine.

A few more days and Bryant would have been in a life-and-death state.

Bryant was diagnosed with Crohn’s disease, which is an inflammatory bowel problem that affects hundreds of thousands of people in the United States.

Clemson’s now 220-pound quarterback was just over 160 pounds after the surgery and a month of recovery in the hospital in Anderson.

At the beginning of the recovery, he had to use a walker to get around in the hospital. He went through a period of time when his diet was just ice and water.

This was the state of Clemson’s now Manning Award finalist just three and a half years ago.

When you look at the toughness history of Clemson’s starting quarterback, you only need to look at the months after his surgery. With his senior year of high school approaching the next fall, Bryant didn’t want to miss spring practice, so he practiced wearing a colostomy bag. He bandaged it up before he left home and his teammates never knew. He even wore the bag under his tuxedo to his prom.

Bryant worked in the summer to get back into shape and had a remarkable senior year when he was named Mr. Football in South Carolina, as he accounted for 55 touchdowns. One of them was a last-second game-winner against Daniel High School with Dabo Swinney watching from the stands.

Despite the presence of Deshaun Watson, who was regarded as one of the top quarterbacks in college football as a freshman in 2014, Bryant came to Clemson knowing he would probably sit the bench for a couple of years. He played 100 snaps his first two years.

That brought us to 2017, when he was named the starter by Swinney in mid August.

With two talented freshman quarterbacks competing every day, Bryant has had a strong year. Bryant has completed 67.4 percent of his passes, fifth in the nation, and is fifth in interception avoidance among starting quarterbacks (minimum 350 attempts) nationally.

But most importantly, he has been a winner and has done some things that Watson never did. Bryant already has the Clemson record for wins by a starting quarterback in his first year (12), two more than Chris Morocco (1989) and Tajh Boyd (2011).

Bryant has started six wins over top-25 teams, already the most in Clemson history for a season. Clemson won five with Watson under center in 2016.

Even more impressively, five of the six wins have been away from home, also the most road wins over top-25 teams in Tiger history for a starting quarterback.

And now, he and the Tigers face the challenge of taking on Alabama in the Sugar Bowl.

Bryant has met adversity head on before. This challenge won’t phase him a bit.