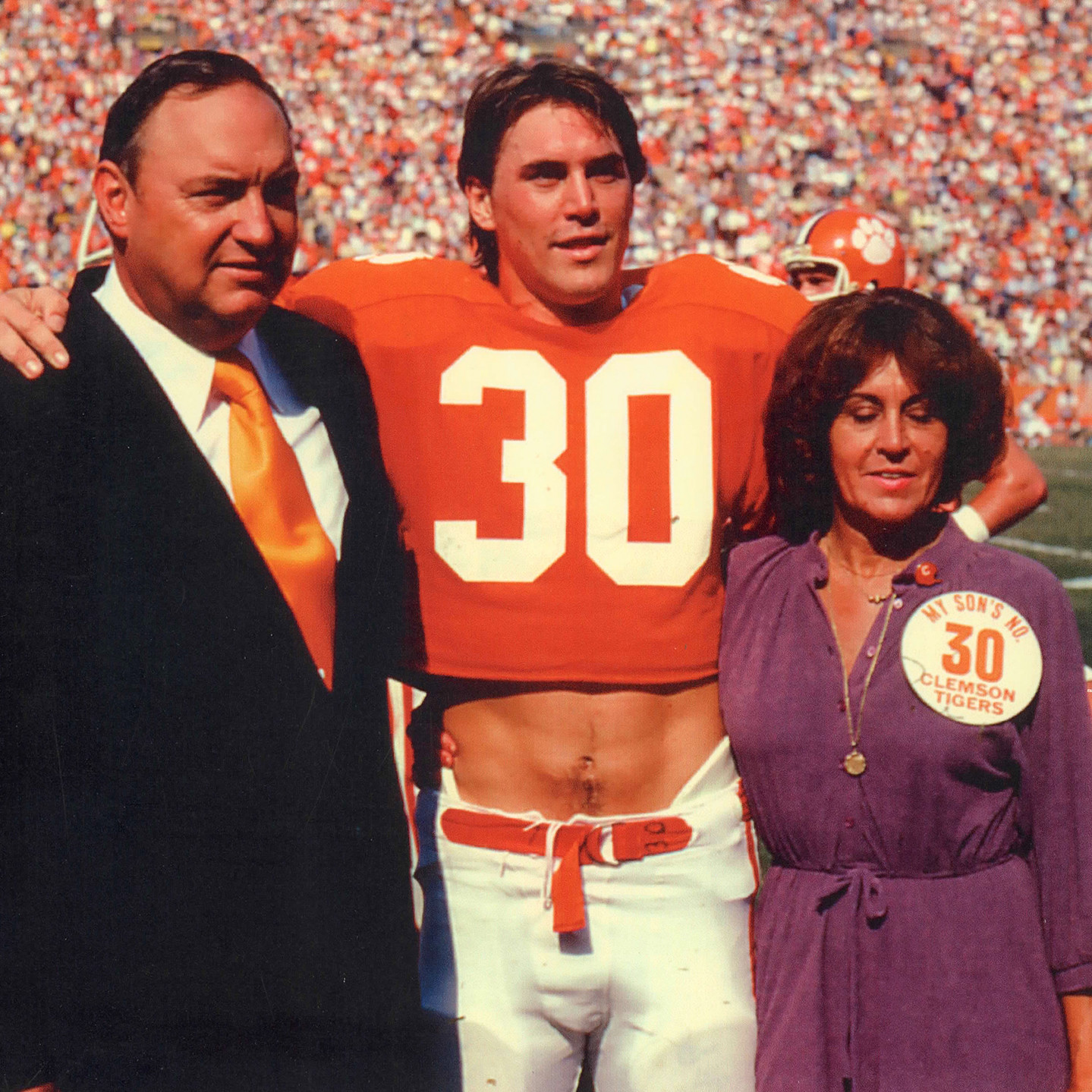 This year, Clemson fans couldn’t wait for Sundays to watch Deshaun Watson and the Houston Texans light up the scoreboard. Watson’s favorite wide receiver was former Clemson All-American DeAndre Hopkins, but his second-most productive target was Will Fuller, who had seven receiving touchdowns from Watson at midseason.

This isn’t the first time there has been a Clemson-Notre Dame passing combination that has brought me joy. From 1979-87, former Notre Dame quarterback Joe Montana completed many a clutch pass to former Tiger wideout Dwight Clark for the 49ers. Working in the Notre Dame sports information office in 1977, I set up Montana’s interviews. Then in 1978 at Clemson, I did the same for Clark.

Clark had 508 receptions for 6,750 yards and 48 touchdowns in nine years. Almost all of them came from Montana.

Clark came to Clemson from Charlotte, N.C., in 1975 with one of the great recruiting classes in Tiger history. That class included Joe Bostic, Jerry Butler, Steve Fuller and Steve Kenney, all of whom joined Clark as Tigers who went on to play at least nine years in the NFL. They were starters in the league for most of those years.

Clark totaled 30 receptions as a Tiger, but he averaged 17.3 yards per catch, one of the highest figures in school history. He had just three receiving touchdowns in his career, but few Tiger fans will forget his 62-yard touchdown catch at Maryland in a 28-24 win that clinched Clemson’s first ACC title in 11 years.

Clemson finished the 1978 season with an 11-1 record and tied for No. 6 in the final coaches poll. Ironically for Clark, the Tigers were tied at No. 6 with Notre Dame.

Fuller asked Clark to come to the workout for the 49ers. Clark caught everything that day. On May 3, the Kansas City Chiefs drafted Fuller in the first round, and when it came to the 10th round and 249th pick, Walsh decided to take a flyer on the kid from Clemson who looked good that day catching passes from Fuller.

That one-day workout led to a sterling NFL career that included two Super Bowl championships as a player and three more as an administrator.

One play stood out in Clark’s career. It was the 1981 NFC Championship Game between the 49ers and Cowboys. Dallas led 27-21, but the then-upstart 49ers had driven to the Cowboy six. It was third down with a minute left.

If you are an NFL fan, you have seen the play. With the legendary Vin Scully on the call for CBS, Montana rolled to his right and received pressure. He threw the ball towards the back of the endzone, seemingly out of bounds to give the 49ers one last hope on fourth down.

But Clark was running in the back of the endzone and made a leaping catch, giving the 49ers a 28-27 lead and win.

On Oct. 22, 2017, the 49ers celebrated Clark’s career at their new stadium. Former 49er owner Eddie DeBartolo, Jr., a Notre Dame graduate, paid to have Montana and all of Clark’s former teammates come to the game against the Cowboys to honor Clark’s contributions to the franchise.

When the celebration began, all the 49ers were wearing Clark’s #87 jersey. That included Montana, who introduced Clark.

It was one last pass (of the microphone) from Montana to Clark.

But it was bittersweet, because the former Tiger has been diagnosed with ALS, the disease commonly known as Lou Gehrig’s disease.

Clark gave a terrific speech as he deals with this terrible fate. He is the underdog in this fight, just as he was in March 1979, when he went through that workout with Fuller in hopes of catching a spot on an NFL roster.