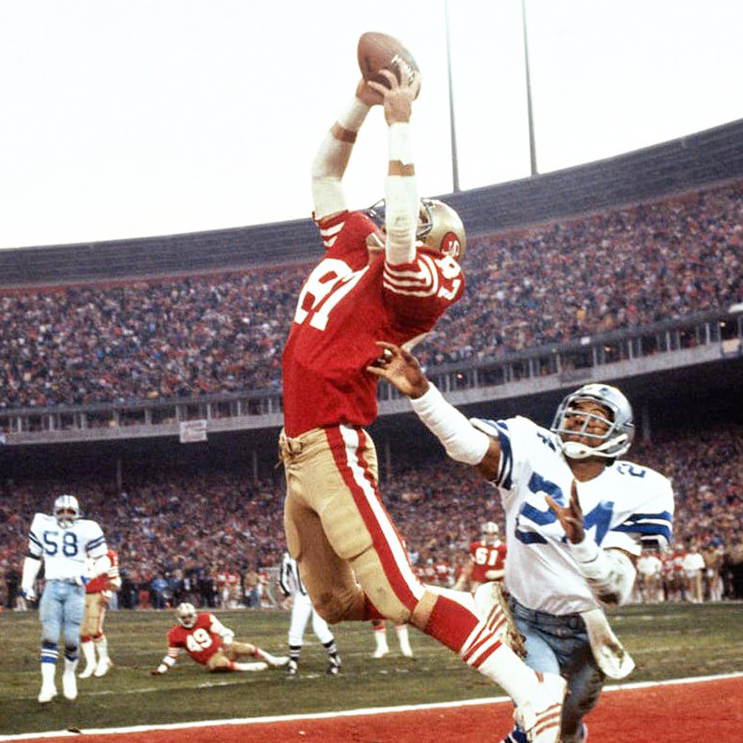 June 4, 2018 was a sad day for me. That was the day we learned that Dwight Clark passed away in Whitefish, Mont., after battling ALS, commonly known as “Lou Gehrig’s Disease.”

We knew that Clark was fighting the disease for the last two years, so the news was not unexpected, but the finality hit home.

For me, it took me back to my college days, then my first year at Clemson. All Clemson fans know of the relationship between Joe Montana and Dwight Clark. They played against each other in an epic first-ever meeting between Clemson and Notre Dame at Death Valley in 1977.

Three years later, they combined on the most famous play in San Francisco 49ers history, a last-minute touchdown pass from Montana to Clark that gave the 49ers a 28-27 victory that was the beginning of the 49ers’ run of Super Bowl success.

That was a special game for me because I used to organize interviews for both players in college. Montana was the star quarterback at Notre Dame when I was a student working in the SID office in 1977, and Clark was a starting wide receiver for Clemson in my first year (1978) at Clemson.

One of the great ironies of my career was the final UPI coach’s poll my first year at Clemson. The Tigers and Fighting Irish were tied at No. 6. It is the only time Clemson has tied with another school in a final top 20 of a wire service poll.

Even though Clark only had 33 catches in his career and never earned All-ACC honors, he was a legendary figure. At 6’4″, he had the good looks and dated the soon-to-be Miss Universe, Shawn Weatherly.

Clark had the personality to go along with it. Everyone loved Dwight Clark, including the media, who wished he had a few more passes thrown his way so they had more reason to quote him in postgame stories. He was widely quoted after the Tigers won the ACC championship with a 28-24 victory at Maryland in 1978. His 62-yard receiving touchdown was a key to the victory.

That outgoing personality was never more beneficial in March 1979, when he answered the phone in the room he shared with All-America quarterback Steve Fuller.

In the days before the NFL Combine, general managers and coaches used to go to college campuses and work out the players they were considering for early-round draft positions. San Francisco head coach Bill Walsh was considering drafting Fuller in the first round.

So he made a call to Fuller’s room to schedule a visit and work out, and Clark answered the phone. Fuller was not in the room at the time.

“Dwight had the whole thing (workout) set up before I even knew about it,” said Fuller. “That was typical Dwight. He never met a stranger. He and coach Walsh hit it off from the start.”

Clark caught everything during that workout with Fuller and impressed Walsh to the extent that he drafted him in the 10th round with the 249th pick. Fuller was taken in the first round by the Chiefs and Walsh took Montana in the third round with the 82nd pick.

That one-day workout led to a sterling NFL career that included two Super Bowl titles as a player and three as an administrator. Clark totaled 508 receptions for 6,750 yards and 48 touchdowns in nine seasons with the 49ers. Even with the passing era we are in now, he is still third in franchise history in receptions.

On Oct. 22, 2017, the 49ers celebrated Clark’s career at their new stadium. Former owner Eddie DeBartolo Jr., like Montana a Notre Dame graduate, paid to have Montana and all of Clark’s former teammates travel to the game with the Cowboys to honor Clark’s contributions to the franchise.

When the celebration began, all the 49er players were wearing Clark’s #87 jersey. That included Montana, who introduced Clark. It was one last pass (of the microphone) from Montana to Clark.

Clark gave a terrific speech, as he dealt with this terrible fate that would claim his life months later.

Clark requested to be cremated. When he retired to Montana, DeBartolo had the goalposts from Candlestick Park, the same goalposts that were present when the 49ers defeated the Cowboys in 1982, shipped to his home.

Earlier this year, DeBartolo arranged to have Clark’s ashes spread next to that goalpost and a plaque that reads:

“The Catch”
“The dynasty began with you.”