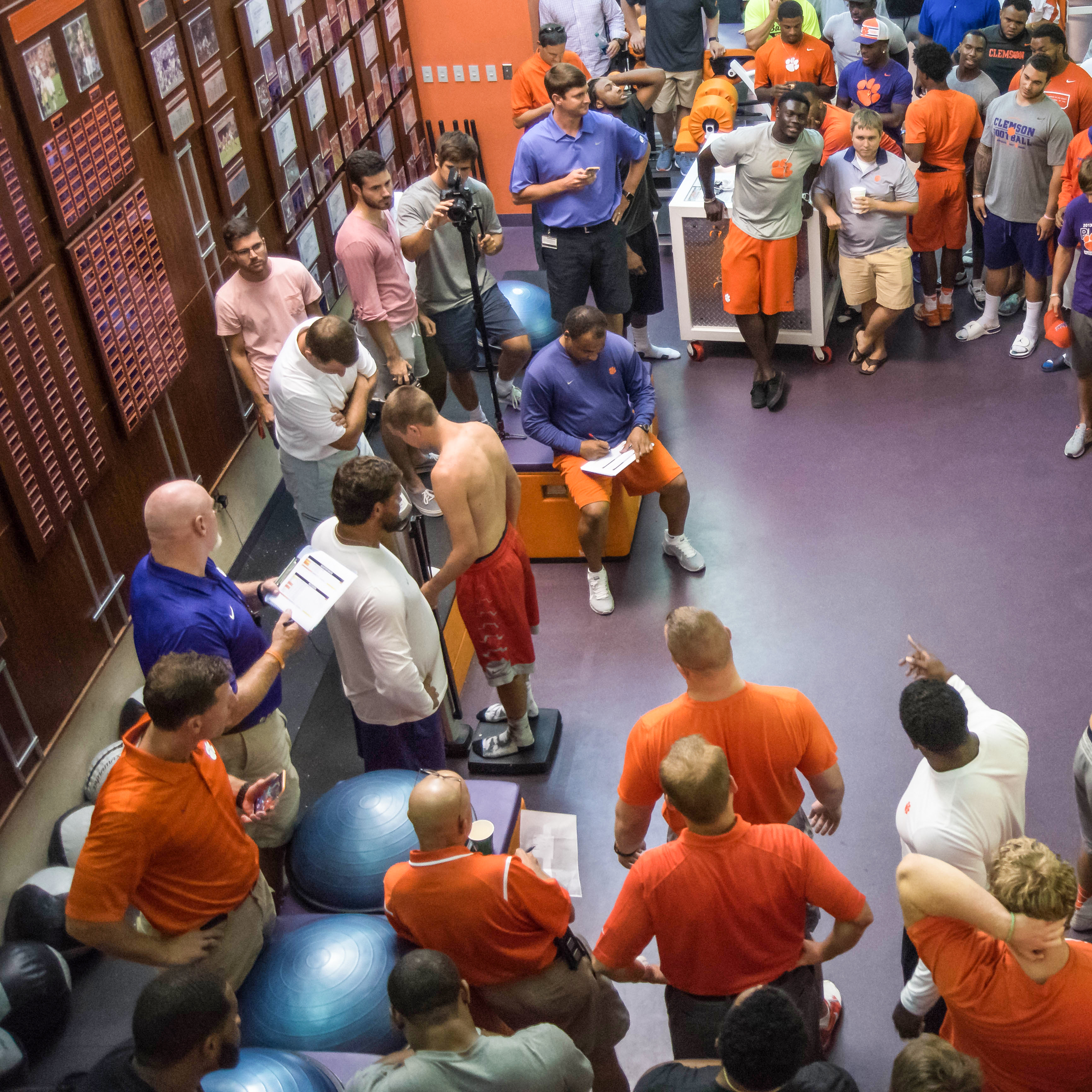 I went over to the WestZone for the first time to see what all the hoopla was about.

For years we’ve been filming “The Big Weigh-In” — the football team’s annual check-in one day prior to camp — and it’s generated a high amount of both views and discussion from Tiger fans everywhere.

So upon entering the weight room, I asked senior leader Eric Mac Lain his thoughts on why the event has become so popular.

“I don’t know, to be honest with you,” he said. “I guess it’s to see who gained or lost a lot since the season.”

Jay Guillermo walked up into the conversation.

Guillermo certainly did, even down to his compression shorts. It got a big reaction from his teammates.

Regardless of the reason behind its popularity, there were some notable developments Monday:

• Charone Peake came in at 214 pounds. Dabo Swinney raved about the senior wideout during last week’s visit to ESPN, and Peake certainly looks the part.

• Running back Tyshon Dye weighed 213, down 12 pounds from where he checked in a year ago at this time.

• Clemson will roll out some big linebackers this fall. Projected starters Ben Boulware and B.J. Goodson weighed 241 and 245, respectively.

• Junior safety Jayron Kearse, who stands 6-4, weighed 224 Monday. This prompted a funny reaction from Swinney. “Let’s see if you can do something with that 224,” he joked.

A look at some of the notable “Big Weigh-In” numbers …