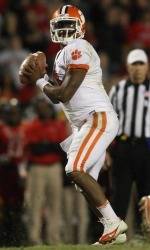 NEW ORLEANS, LA – The Manning Award, sponsored by the Allstate Sugar Bowl, announced 10 additions to its 2011 Watch List on Wednesday. The winner will be announced after the bowls in January and will be honored at a banquet in New Orleans.

The Manning Award was created by the Allstate Sugar Bowl in honor of the college football accomplishments of Archie, Peyton and Eli Manning. It is the only quarterback award that includes the candidates’ bowl performances in its balloting.

After announcing 31 quarterbacks to watch during the preseason, the Manning Award opted to increase its focus players based on the many outstanding performances during the first half of the year. While these players have been added to the Watch List, every quarterback in the nation remains eligible to win the honor.

“Quarterback play is always difficult to predict before the season starts,” said Archie Manning. “So many young guys break onto the scene and veterans improve so much with experience that we feel we need to make some midseason additions to our list. It was very difficult to pick just 10 new quarterbacks, but based on their outstanding play so far this year, we think we have a great batch of additions. Now it’s crunch time for everyone; as the conference races get tighter and the games get even more important, we’ll really see who the biggest stars are.”

The additions to the Watch List come from a range of conferences with the SEC (2), Big Ten (2), ACC (2), Big 12 (1), Pac-12 (1), MWC (1), and MAC (1) all represented. Seven of the newcomers to the list are sophomores, with two juniors and only one senior – Wisconsin’s Russell Wilson, who has been on the list in the past, but was not selected this preseason due to his recent arrival at Wisconsin.

Ten finalists will be determined by a selected panel of national media covering college football, as well as each of the Mannings. That list will be released on Wednesday, Nov. 30. The winner will be announced on Wednesday, Jan. 18.