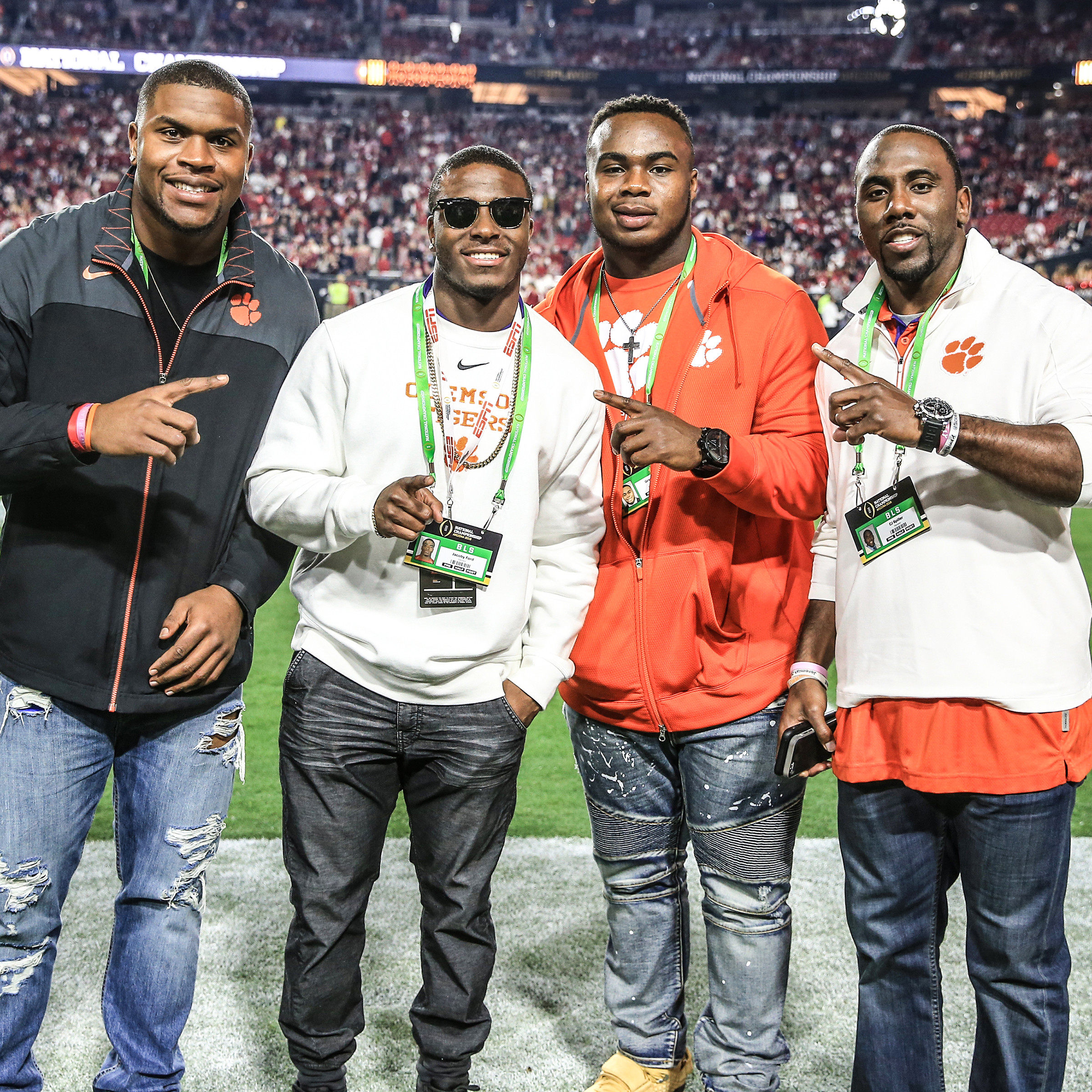 In the chaotic celebration on the floor of Sun Life Stadium after the trophy ceremony that punctuated Clemson’s 37-17 victory over No. 4 Oklahoma in the 2015 Orange Bowl, I could not locate a joyous Dabo Swinney. It was not a surprise, because in tune with his “the fun is in the winning” mantra, sometimes he will wander with a smile on his face.

I was starting to panic a bit because ESPN needed him for the postgame show, and the ever-reliable Deshaun Watson was already on the stage.

I finally found Swinney just off the stage, where he was in an embrace with former Clemson All-America quarterback Tajh Boyd.

I knew exactly what Swinney was telling Boyd. In fact, we had talked about it on the pregame radio show.

“Tajh, you’re a part of this championship,” Swinney told Boyd on the field.

While Clemson’s ascension to the top of college football has been swift in the Swinney era, it was also not accomplished over night. Over 170 signees and 100 different players were on rosters from the 2008-14 seasons who were not on the 2015 roster.

Swinney does everything the right way, but it is also an approach that takes time. The program is built for the long term. There is a building process, and all those previous teams and players contributed to this 2015 season.

The first building block was set in 2006, when Swinney recruited C.J. Spiller out of Florida. Clemson assistant coaches of the past probably would not have even tried to recruit the five-star running back away from the three powerhouse Florida schools. But the ever-optimistic Swinney gave it a shot. On Feb. 3, 2006, Spiller shocked many by picking the Tigers.

Just eight months later, Clemson was 7-1 and ESPN College GameDay came to campus for the first time for the Clemson vs. Georgia Tech game, a battle of top-13 teams. Spiller and James Davis put on a show, as they combined for 332 rushing yards. Spiller became the first Tiger in history with a 50-yard touchdown run and reception in the same game.

Spiller went on to record 21 career touchdowns of 50+ yards, including 11 of 80+ yards. Those electrifying touchdowns brought attention to the Clemson program and caught the attention of some outstanding high school players.

One of those who took notice was Boyd, a Virginia native who was one of the most highly-recruited quarterbacks in the country. His decision basically came down to Ohio State and Clemson.

Boyd and Sammy Watkins, who also took notice of Spiller’s accomplishments as a five-star player from Florida, brought Clemson to another level with groundbreaking achievements.

There was the 2011 ACC championship, a first for the program in 20 years, four wins over top-25 teams and the program’s first 10-win season in 21 years. Two 11-2 seasons followed in 2012 and 2013. Clemson defeated prominent programs Georgia, Auburn, Louisiana State, Ohio State and Florida State.

With Watson’s success this year, it does not take much time to reflect on Boyd’s accomplishments.

But Watson had not even broken any significant Clemson records. On December 1, Boyd still had the Tiger season marks for total offense, passing yards, touchdown responsibility and completion percentage. It was not until after the 15th game that Watson surpassed Boyd’s marks for some of those categories and became the first 4,000-yard passer and 1,000-yard rusher in a season in FBS history.

Through the various platforms of ESPN, the country was able to understand the family atmosphere of Clemson football. It has always been there, but is especially at the forefront under Swinney, who has embraced the school’s tradition since he first came to campus as wide receivers coach in 2003.

Spiller, Brian Dawkins, Dwayne Allen and Charlie Whitehurst were on the SportsCenter set the day of the game, and Boyd was a part of ESPN’s “Homer Broadcast.” When the team arrived at the stadium, Grady Jarrett and Stephone Anthony were greeting the players as they went into the locker room.

Watkins, Vic Beasley and many other NFL Tigers were also with the team at various points. And there were many others in town I never saw.

They were all significant elements in the 2015 team’s run to the championship game.