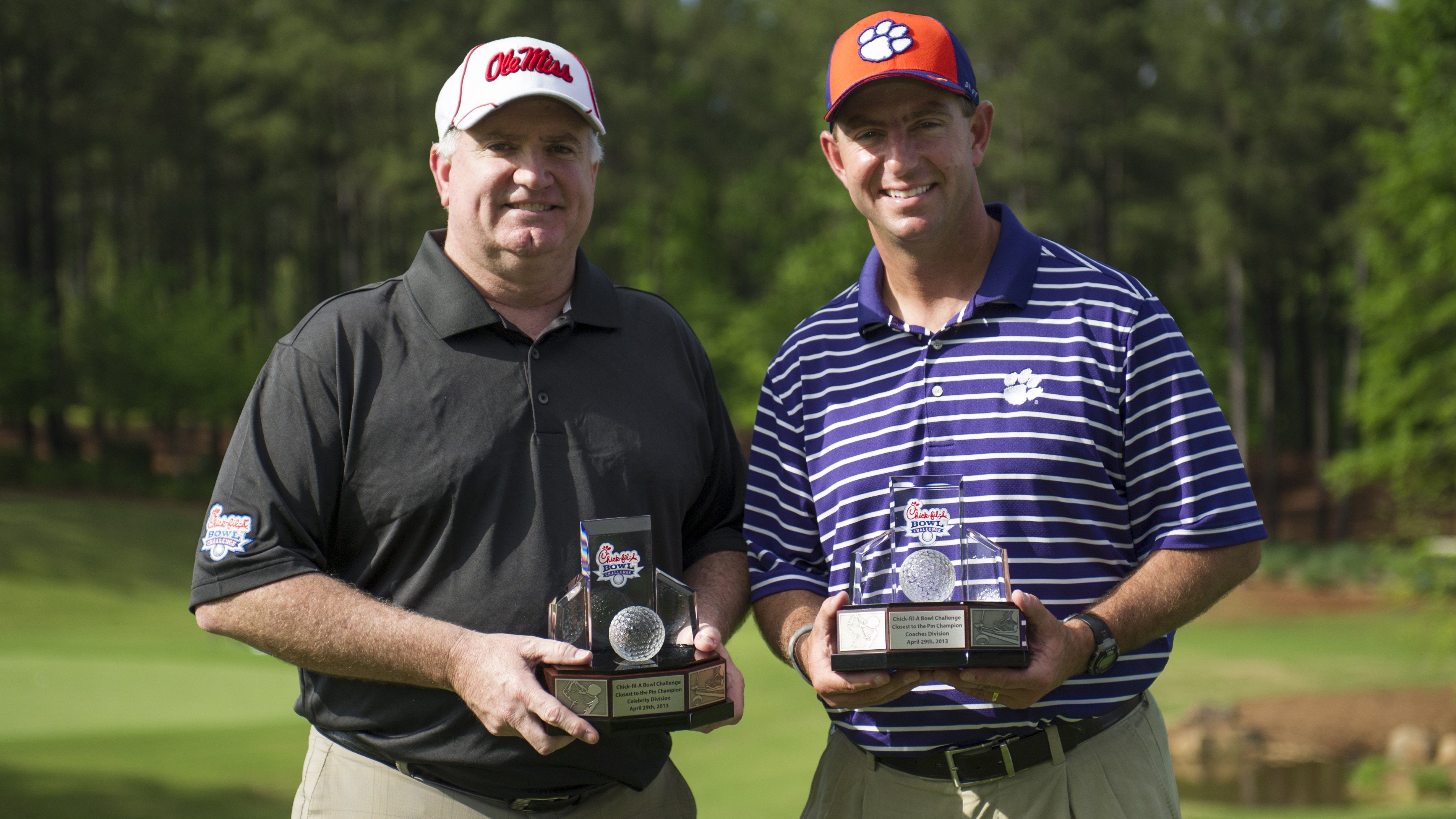 In the Closest to the Pin Contest, Swinney hit the 65-yard shot to within 10 feet to win the coaches division. Tuohy’s shot was within four feet of the cup.

All four of the winners will receive $5,000 in scholarship prize money for their universities. The full results from the Long Drive Competition include: