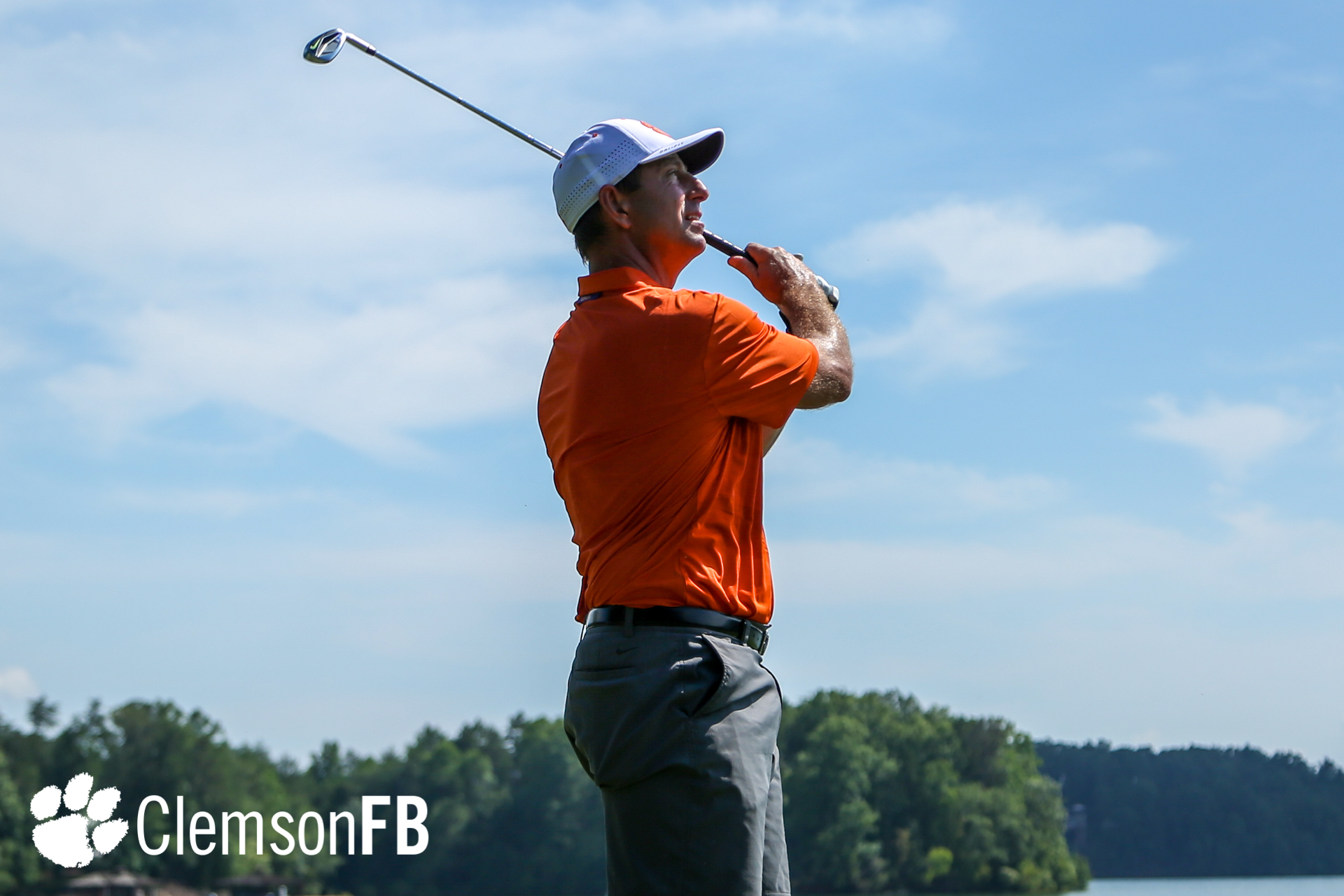 GREENSBORO, Ga. (April 16, 2019, via Chick-Fil-A Peach Bowl) – Clemson head coach Dabo Swinney will team up with assistant coach Bill Spiers to represent the Tigers in the 13th annual Chick-fil-A Peach Bowl Challenge charity golf tournament. Coach Swinney will make his 10th appearance in the event as he looks to compete for a share of the $650,000 scholarship and charity purse. The team’s winnings will be split between an endowed scholarship at Clemson University and Dabo’s All in Team Foundation.

Dabo’s All In Team Foundation aims to raise awareness of critical education and health issues in order to change lives of people across the state of South Carolina, concentrating on Breast Cancer Research, The Phoenix Center, The Rise Program, Call Me MISTER Program, and grants based on need and fit within the foundation’s mission statement and focus areas.

The nation’s premier head coach and celebrity golf event will be held April 28-30 at Reynolds Lake Oconee resort outside Atlanta. Proceeds from the event benefit endowed scholarships at the participating universities and charitable foundations selected by the coaches. Since its creation in 2007, the event has contributed a total of $7.6 million in scholarship and charity, helping make Peach Bowl, Inc. college football’s most charitable bowl organization.

The Chick-fil-A Peach Bowl Challenge main event features pairings that include a university head coach (either current or from the previous season) and a celebrity alumnus from the same school competing in a two-man scramble format against other university teams from around the country.

The current field of competitors for the main event is projected to feature:

This year’s Chick-fil-A Peach Bowl Challenge also features the second annual Legends Tournament, consisting of eight former coaches who will be vying for a share of a $50,000 purse that will go toward their selected charities.

The Chick-fil-A Peach Bowl Challenge will be broadcast on ESPN in August and December. Specific dates will be announced this summer.