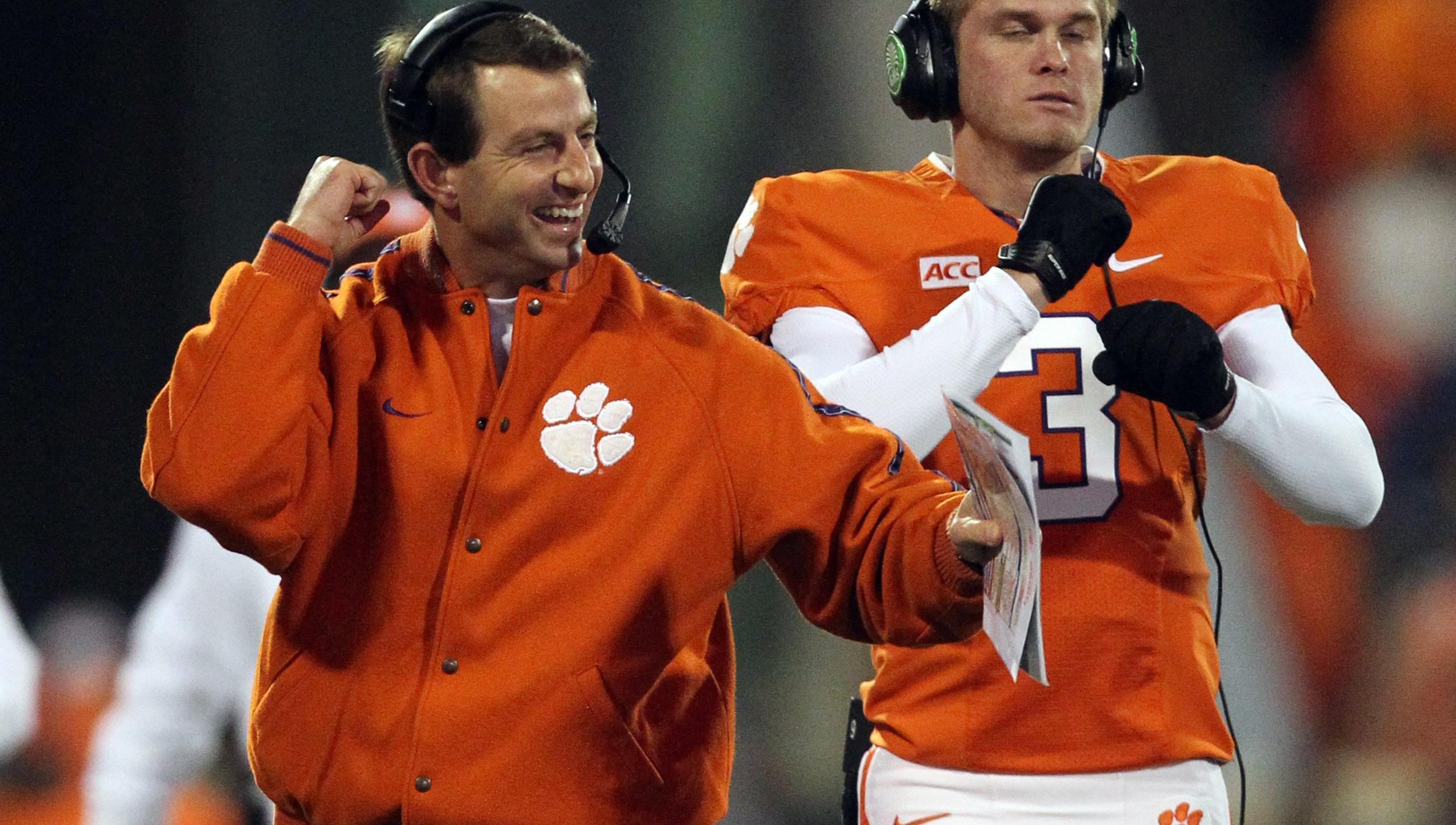 Swinney Semifinalist for Maxwell Coach of the Year Award

Swinney and Ohio State Head Coach Urban Meyer are the only repeat semifinalists from last year.

Swinney has led Clemson to a 9-1 record so far this year. The Tigers are ranked seventh by AP and the BCS and sixth by the USA Today Coaches Poll. Clemson finished second in the Atlantic Division of the ACC with a 7-1 record, the second straight year Clemson has been 7-1 in the ACC.

The Tigers have been ranked in the top 10 of every poll this year and the 13-week streak of top 10 rankings is the longest in Clemson history.

Swinney’s Tigers have two games left, vs. The Citadel this coming Saturday and at South Carolina on November 30.

The sixth year Clemson Head Coach will go for his 50th career win when Clemson faces The Citadel on Saturday. He has a 49-22 overall record after taking over in the middle of the 2008 season.