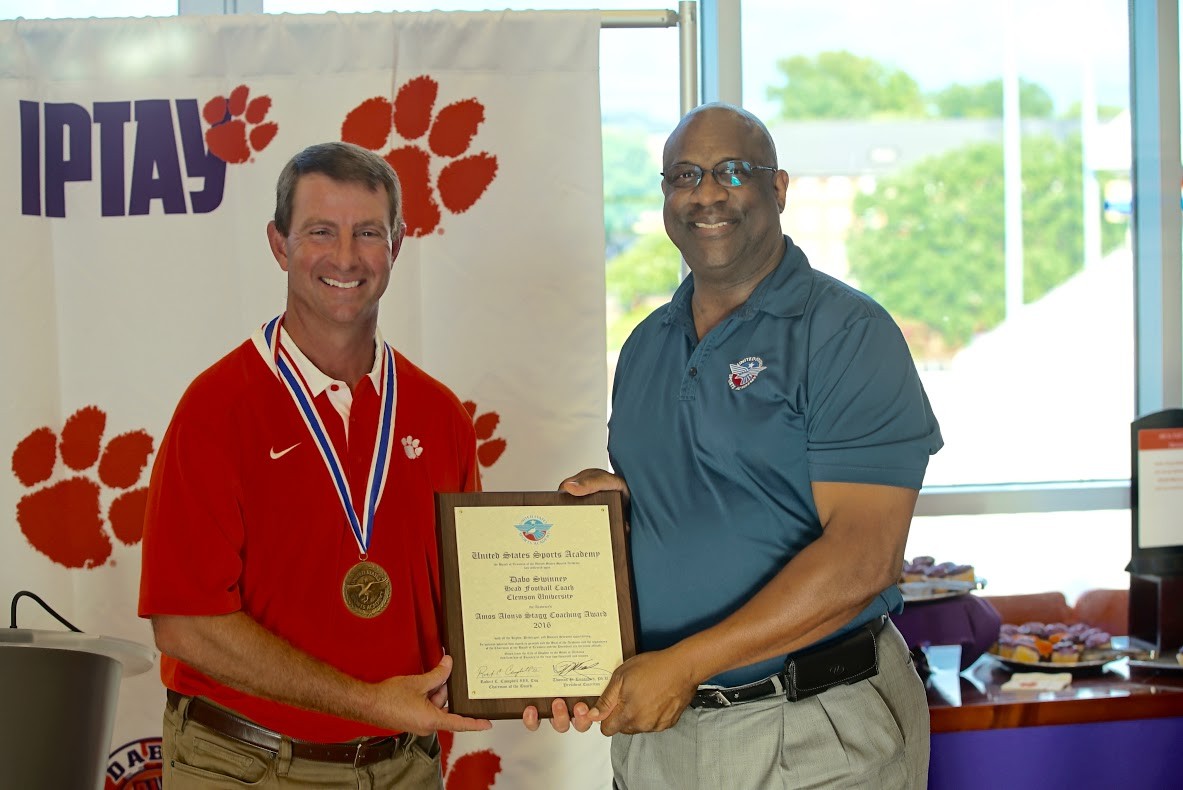 DAPHNE, Ala. – Clemson University Head Football Coach Dabo Swinney, who led his team to an undefeated regular season in 2015 and who has won more than 73 percent of his games in eight years as head coach, received the 2016 Amos Alonzo Stagg Coaching Award from the United States Sports Academy on Thursday evening at Clemson Memorial Stadium.  The award was Swinney’s 11th national coaching award this year.

The Academy’s Amos Alonzo Stagg Coaching Award is presented annually to a coach  who has experienced outstanding achievement and has exhibited a high standard of propriety, imagination, and innovation as a character-builder in the tradition of great teacher-coaches. Amos Alonzo Stagg was one of the winningest college football coaches in history with 314 wins. His imagination and innovation established many sports traditions, strategies, and character-building lessons still used today.

the Clemson program has done so for five straight seasons. Swinney’s 2012, 2013 and 2014 seasons were also noteworthy, with three top-15 final rankings in the polls.

The Amos Alonzo Stagg Coaching Award is part of the United States Sports Academy’s Awards of Sport, which each year serve as “A Tribute to the Artist and the Athlete.”The Academy presents the awards to pay tribute to those who have made significant contributions to sport, in categories as diverse as the artist and the athlete in several different arenas of sport.

Based in Daphne, Ala., the United States Sports Academy is an independent, non-profit, accredited, special mission sports university created to serve the nation and world with programs in instruction, research, and service. The role of the Academy is to prepare men and women for careers in the profession of sports.