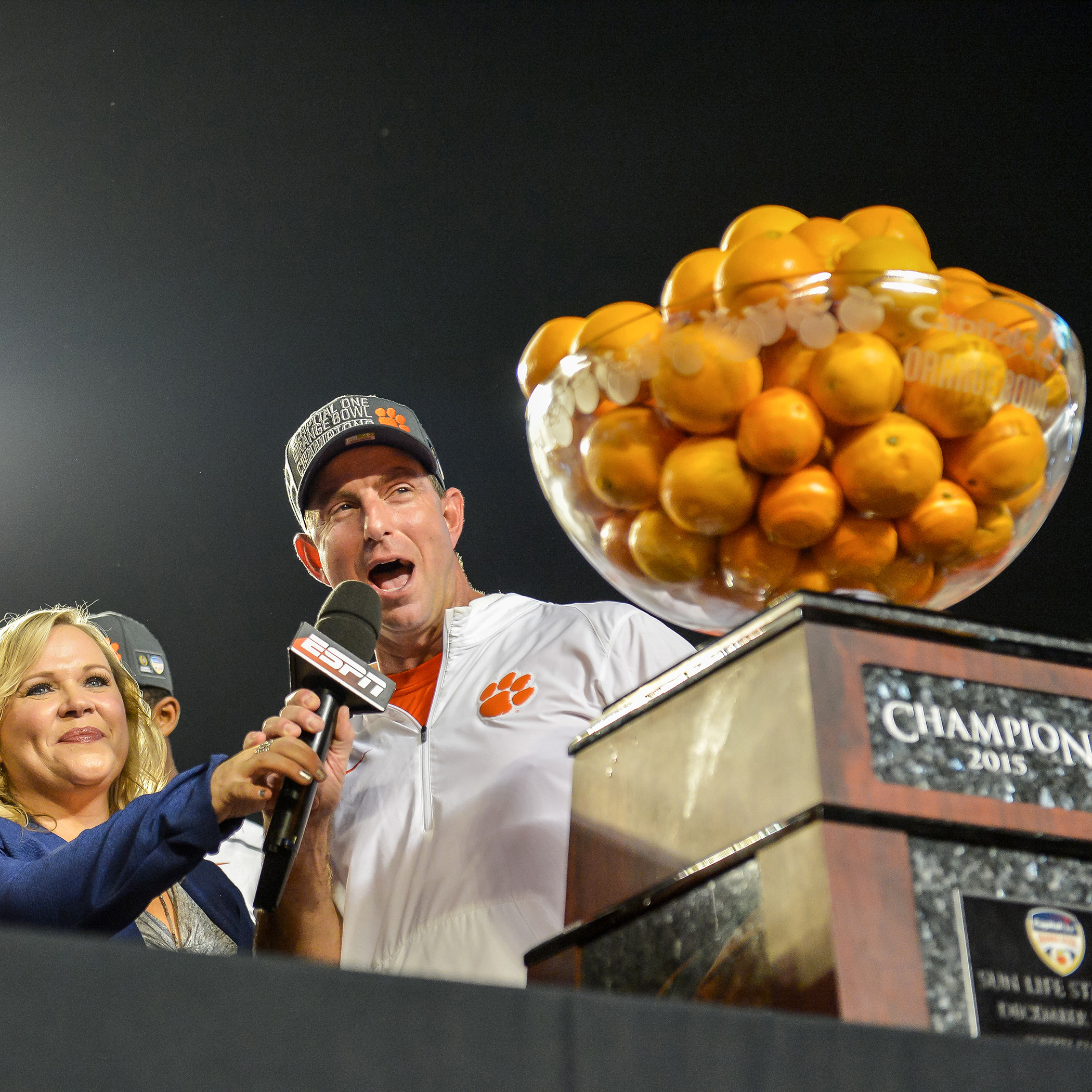 Clemson, S.C.—Clemson Head Coach Dabo Swinney  is one of 24 FBS coaches on a preseason Watch List for the 2016 Dodd Trophy.   The award  is presented each year by officials from the Bobby Dodd Coach of the Year Foundation and the Chick-fil-A Peach Bowl.  The award celebrates the head coach of a team who enjoys success on the gridiron, while also stressing the importance of scholarship, leadership and integrity, three pillars of former Georgia Tech Head Coach Bobby Dodd.

Swinney won the Dodd Trophy in 2011 when he led the Tigers to the ACC Championship, the first ACC title for the program since 1991.  It marked the first time a Clemson coach won a National Coach of the Year Award since Danny Ford in 1981.

Swinney was named National Coach of the Year by 10 different organizations in 2015.   He was also named ACC Coach of the Year.  Clemson’s 14 wins tied the FBS national record for wins in a season.

Each of the last five years Clemson has finished in the final top 25 of both the AP and USA Today polls, and ranked in the top 10 percent among all FBS schools in terms of APR scores.  Swinney is the only coach to have a program reach those levels on the field and in the classroom five years in a row.

The coaches on the 2016 Dodd Trophy Watch List include: