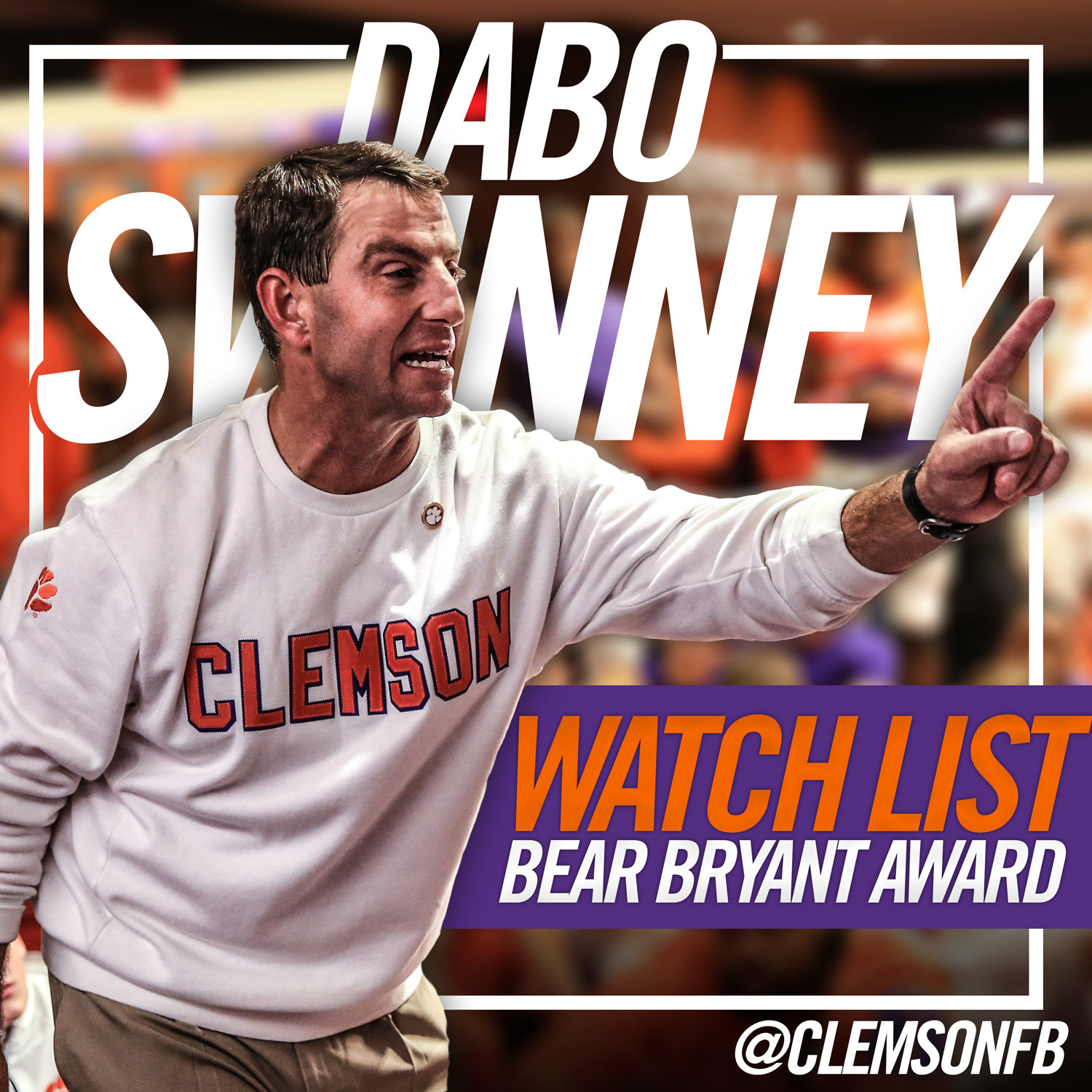 Clemson, S.C.—Clemson Head Coach Dabo Swinney has been named to the Watch List for the 2015 American Heart Association Bear Bryant Award presented by Marathon Oil Corporation.   In December 5-10 finalists will be announced and the winner will be announced Jan. 13, 2016 in Houston, Tex.

Swinney has led Clemson to a 6-0 start and a No. ranking by the Associated Press and USA Today Coaches poll.  The Tigers are the only team in the top 12 of the AP poll to defeat another top 12 team (Notre Dame).  The Tigers have won nine in a row over two years and 15 of the last 16.  This is the first time Clemson has gone 15-1 in a 16-game timespan since 1947-49.

Swinney was named a finalist for the Bear Bryant Award in 2013.  The award is the only National Coach of the Year that takes postseason bowl game and playoff competition into consideration.

Swinney is one of 22 coaches on the Bryant Watch List.   The others include Art Briles of Baylor, Matt Campbell of Toledo, David Cutcliffe of Duke, Mark Dantonio of Michigan State, Kirk Ferentz of Iowa, Jimbo Fisher of Florida State, Justin Fuente of Memphis and Mike Gundy of Oklahoma State.