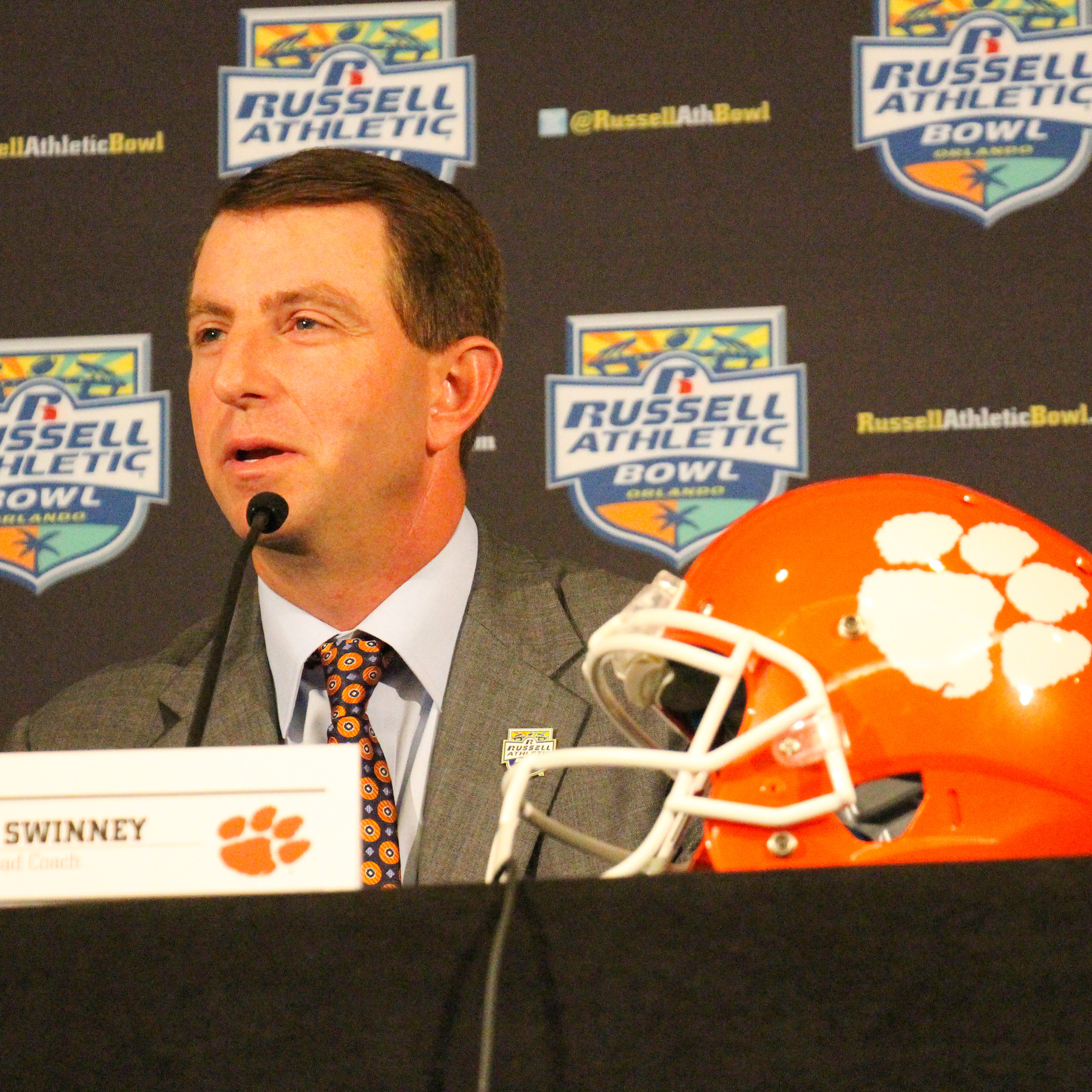 CLEMSON, S.C. – Dabo Swinney was named the 2014 Grant Teaff National Coach-of-the-Year by the Fellowship of Christian Athletes on Monday. Swinney was presented the award Sunday at an FCA event held in conjunction with the American Football Coaches Association Convention in Louisville, Ky.

Swinney led Clemson to a 10-3 record in 2014, including a 6-2 mark in the ACC. The Tigers recorded double-digit victories for the fourth consecutive year, and Swinney joined Nick Saban (Alabama) as the only FBS head coaches to accomplish that feat. The Tigers ended the season with three consecutive wins for the first time since 2005, including triumphs over rival South Carolina (35-17) in the regular-season finale and a 40-6 victory over No. 24 Oklahoma in the Russell Athletic Bowl.

Final rankings for the 2014 season will be announced Tuesday. The Tigers look to be ranked in the top 15 for the third consecutive year and in the top 25 for a fourth straight season.

It was the second time in four years Swinney was honored with a national coach-of-the-year award. In 2011, he was the recipient of the Bobby Dodd Award.

Named after Teaff, former Baylor head coach, AFCA executive director and FCA trusteee emeritus, the coach-of-the-year award presented by FCA recognizes a football coach who exemplifies Christian principles and who is involved in FCA. The award is also based on the success and performance of the coach’s team that season. Previous winners include Tommy Bowden, Tommy Tuberville and Jerry Kill.

“The Fellowship of Christian Athletes honored two coaching greats who have not only put many Ws in the win column, but also impacted countless players during their careers,” said Les Steckel, president and CEO of FCA. “We congratulate Clemson University Head Coach Dabo Swinney and longtime coaching great Art Baker for their many, many contributions to college football.”