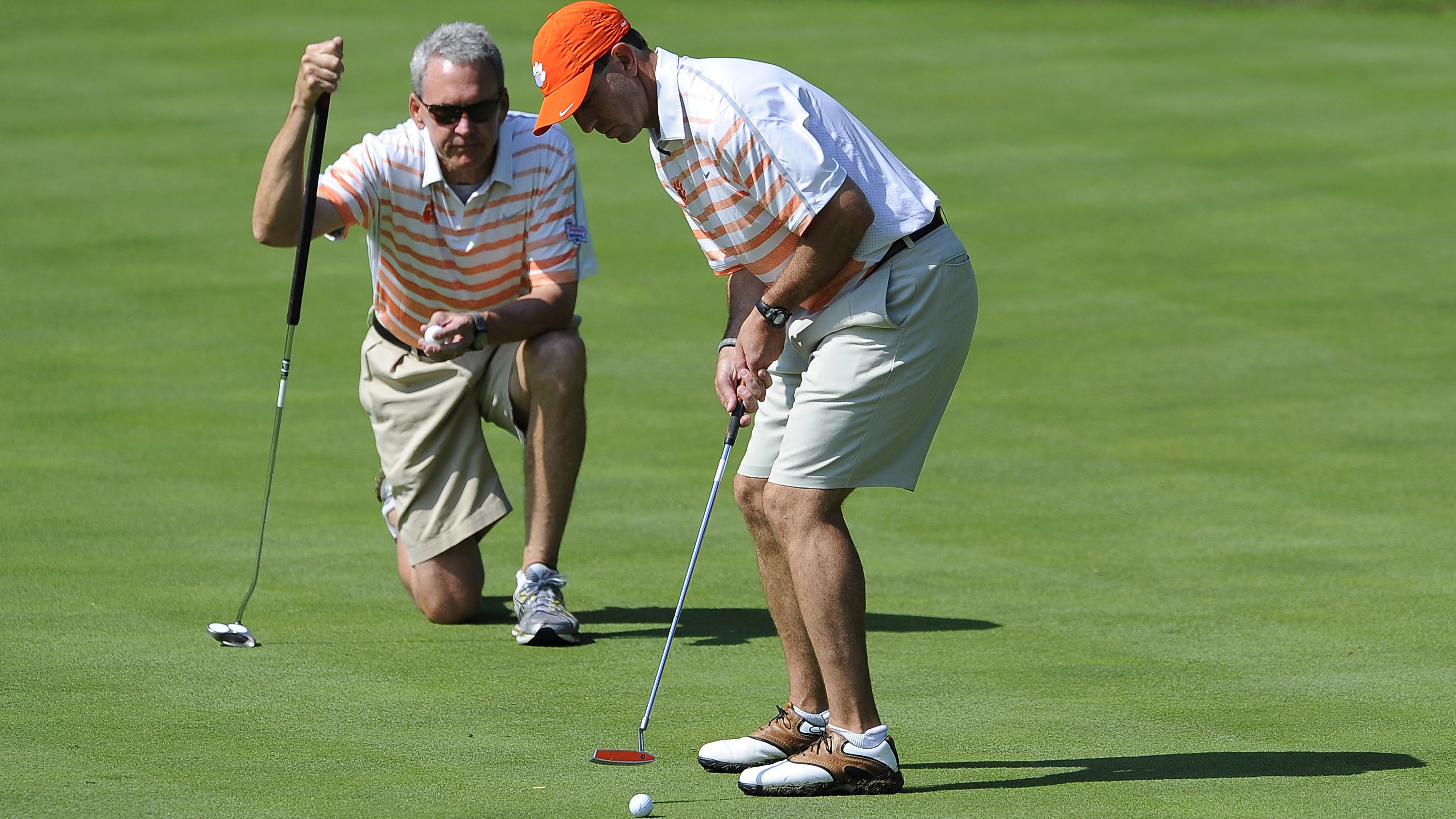 GREENSBORO, Ga. – An 11-team field of NCAA head coaches and celebrity alumni is set to compete in the eighth annual Chick-fil-A Bowl Challenge charity golf tournament. Top national coaches such as Frank Beamer, Nick Saban, Steve Spurrier and many others will hit the links, all vying for their share of the $520,000 scholarship purse for their universities.

The nation’s premier head coach and celebrity golf event will be held April 27-29 at the Reynolds Plantation resort on Lake Oconee outside Atlanta. In the past seven years, the Chick-fil-A Bowl Challenge has provided more than $4 million in scholarship and charitable contributions.

“This event is really a celebration of college football, with National Coaches of the Year, Heisman Trophy winners and celebrity alumni, all representing their universities in a competition for scholarship money for their schools,” said Gary Stokan, president and CEO of the Chick-fil-A Bowl.

The Chick-fil-A Bowl Challenge main event features pairings that include a university head coach and a celebrity or former athlete from the same school competing in a scramble format against other university teams from around the country. The tournament will be broadcast by ESPN in August and December. Specific dates will be announced this summer.

Over the three-day event, several tournament rounds will be played in addition to the televised round of coaches and celebrities. The field of competitors for the featured round is scheduled to include three former winning teams including Paul Johnson and Jon Barry of Georgia Tech (2011, 2012), Steve Spurrier and Sterling Sharpe from South Carolina (2008, 2009), and Virginia Tech’s Frank Beamer (2007).

A new addition to this year’s field of competitors is Team Cincinnati, featuring Head Coach Tommy Tuberville and celebrity partner JK Schaffer, a linebacker for the Cincinnati Bengals.

The field of competitors for the featured event is scheduled to include:

The 11 university teams will be vying for the $125,000 first-place prize, with all teams receiving a portion of the $520,000 scholarship purse. For more information, visit Chick-fil-ABowlChallenge.com.