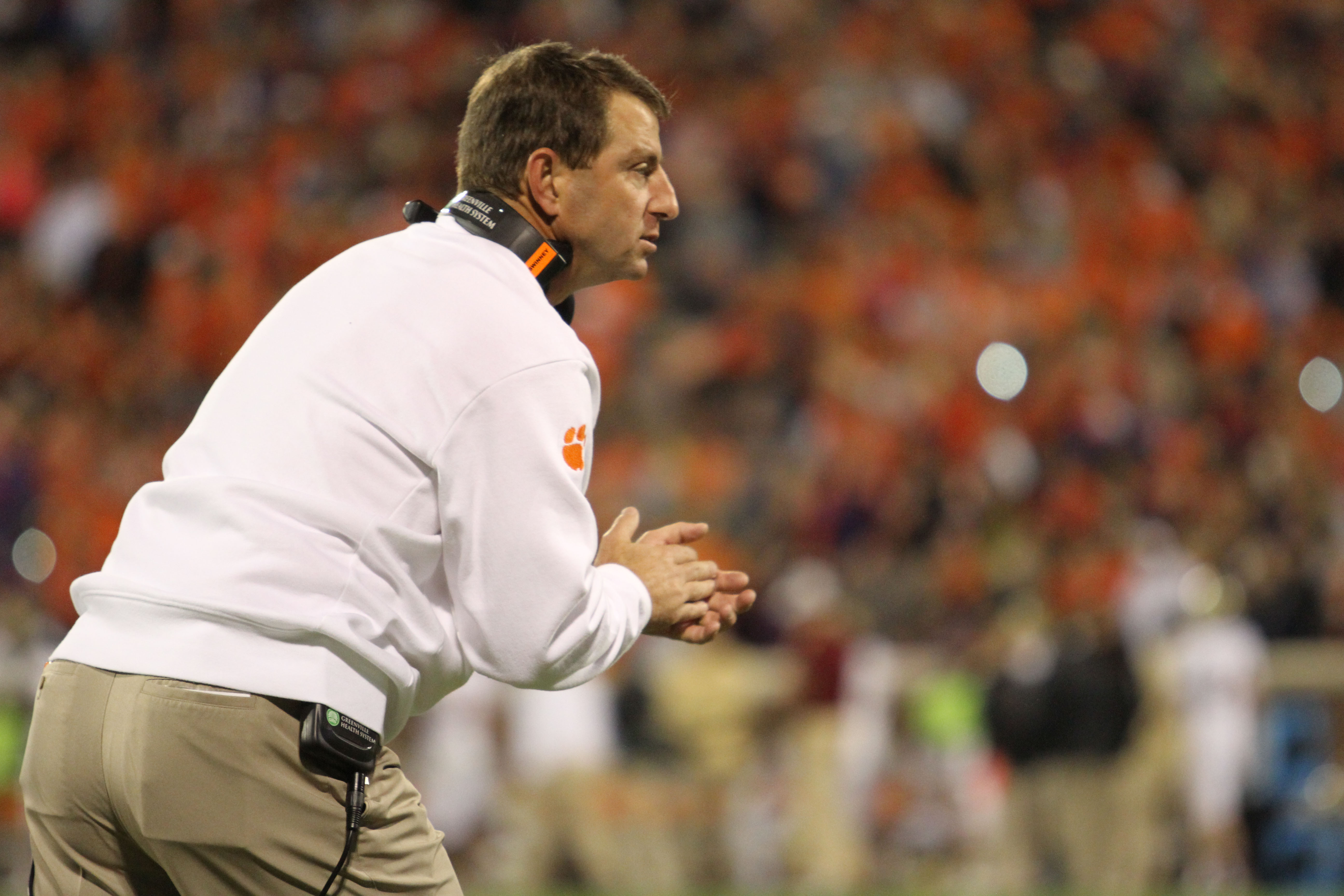 Swinney Coach of the Year Finalist

Clemson, S.C.—Clemson Head Coach Dabo Swinney was named a finalist for the Eddie Robinson Award and the George Munger Collegiate Coach of the Year award on Monday.  He was also named the Regional Coach of the Year by the American Football Coaches Association.

The  Eddie Robinson Award is presented in conjunction with the Allstate Sugar Bowl and is selected by the Football Writers Association of America and goes to the National Coach of the Year.  The other finalists are Mark Dantonio of Michigan State, Kirk Ferentz of Iowa, Tom Herman of Houston, Brian Kelly of Notre Dame, Matt Rhule of Temple, David Shaw of Stanford, and Bob Stoops of Oklahoma.

The George Munger Collegiate Coach of the Year is presented by the Maxwell Football Club and is also a national coach of the year award.  Swinney is a finalist along with Mark Dantonio of Michigan State and Kirk Ferentz of Iowa.

The 13-0 Tigers are the only undefeated team among the 128 FBS teams.  Clemson won the ACC Championship last Saturday with a 45-37 win over North Carolina.  Clemson has won 16 games in a row dating to last year, already a school record.