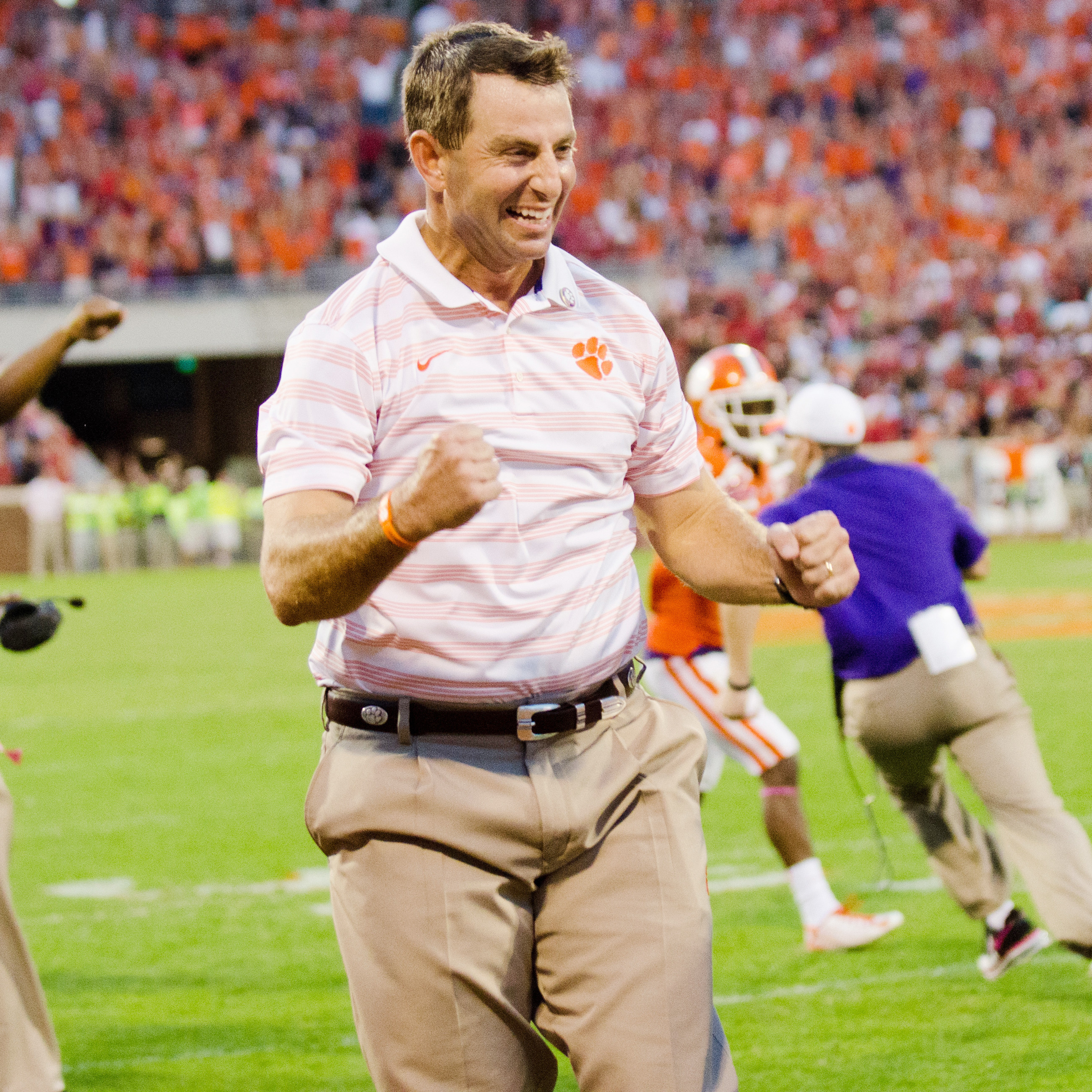 The Tiger football team is streaking. No, not the kind of streaking that Will Ferrell became famous for in the popular movie “Old School.”

Clemson has quietly overcome its 1-2 start and put together a modest five-game winning streak. It’s a streak that’s not abnormal around these parts — Dabo Swinney’s Tigers have won at least six in a row each of the previous three seasons — but the manner with which the Tigers have mounted five straight is undeniably impressive.

The 2014 season has proven to be a challenge for an offense missing productive players like Tajh Boyd, Sammy Watkins, Martavis Bryant and Roderick McDowell. To date, 14 players on that side of the ball have missed at least one game because of injury or another reason. Before August camp even closed, one player decided to transfer and a second, tailback Zac Brooks, was lost for the season with a torn ACL.

Tajh Boyd’s heir apparent at quarterback — freshman Deshaun Watson — broke a finger on the eighth play from scrimmage against Louisville after tossing 12 touchdowns over the first five games of the season. At the time of the injury, he was among the national leaders in passing efficiency.

Brooks is part of a backfield that’s been decimated by injury through eight games. Redshirt freshman Tyshon Dye has yet to play, as he continues to recover from a torn Achilles. Adam Choice, the team’s leading rusher prior to this past weekend’s game, blew out a knee in the win over Boston College two Saturdays ago.

Up front, the Tigers lost one player for the season because of transfer, another to injury, and four regulars in the rotation (Isaiah Battle, David Beasley, Joe Gore and Jay Guillermo) have combined to miss eight contests. On top of that, the team’s best blocking tight end, Sam Cooper, missed the first four games of the season.

Finally, at wideout, redshirt junior Charone Peake has missed each of the last five games due to recurring swelling in his knee.

Add up all that attrition, and this week’s bye couldn’t come at a better time for Swinney, who takes his team on the road at Wake Forest next Thursday, Nov. 6.

“We have a chance to get some guys healthy as we head into our stretch run,” he said. “I’m proud of the month of October we had. But now our focus is to get recharged and make a run here in November.”

The Tigers yielded just 36 points in four games to the opposition in the month of October, putting Clemson’s defense among the nation’s elite. A primary reason has been Clemson’s ability to get off the field on third down. Over the last three games alone, the Tigers have stymied Louisville, Boston College and Syracuse to just 6-of-45 (.133) on third down. Clemson currently leads the nation in third-down conversion defense.

The ability to make plays behind the line of scrimmage has also separated Clemson’s defense. The Tigers rank No. 1 nationally in tackles for loss at nearly 10 per game. Yet only Vic Beasley (11.5) has double-figure tackles for loss, a testament to the Tigers’ depth along all three levels defensively.

Because of Clemson’s continuity issues on offense, stout play on defense and Ammon Lakip’s strengthened confidence kicking the ball, the Tigers have found themselves in several low-scoring games of late. And that’s okay with Swinney.

It’s a trend he’d prefer to see continue if his Tigers are to keep the streak alive.