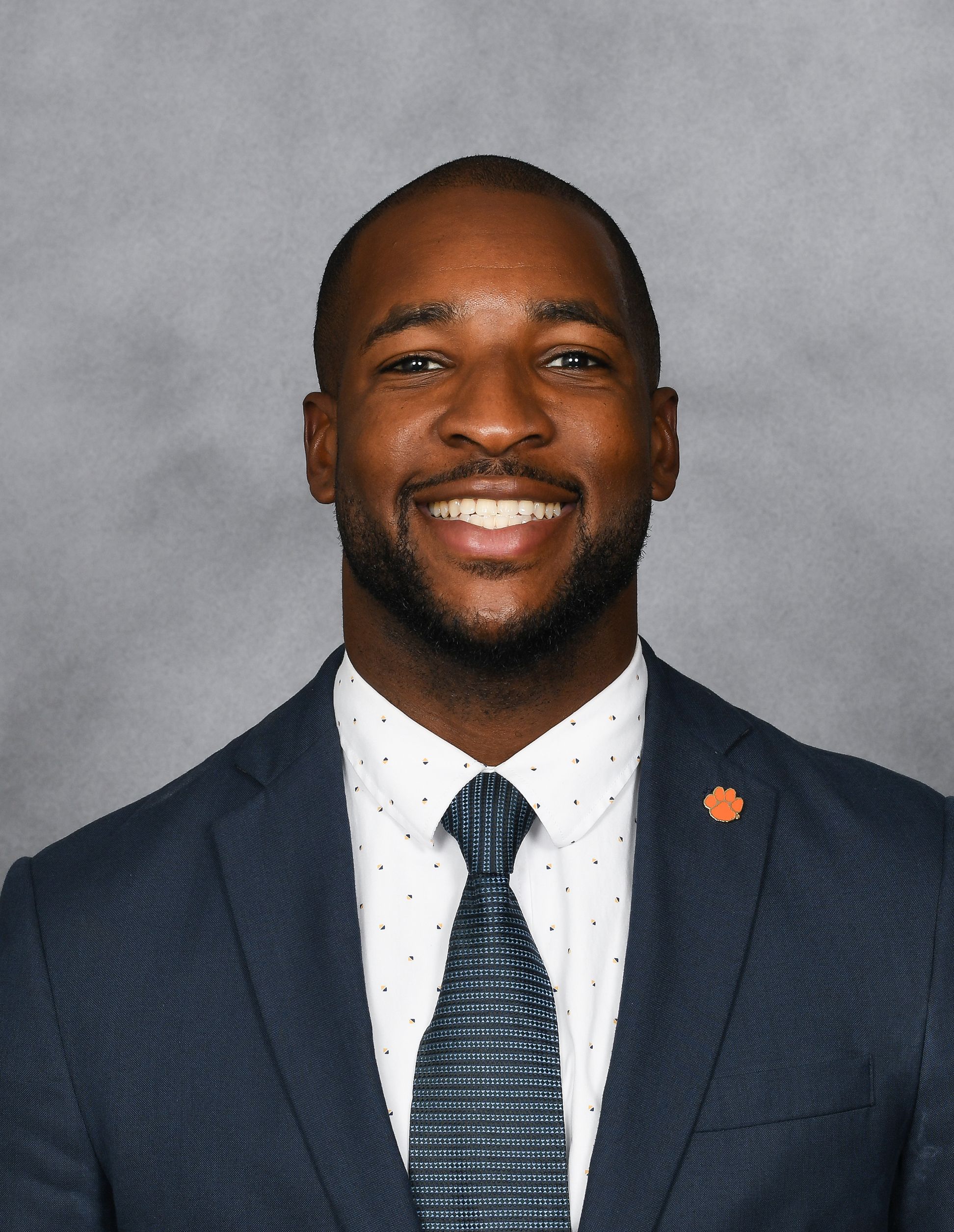 Rashard Hall serves as Director of Career and Professional Development for Clemson Football, helping its scholar-athletes prepare for and obtain career success. Rashard’s passion for empowering scholar-athletes began from his own experience as a student-athlete and his professional journey that led to where he is today. Rashard attended Clemson University and became a standout student and athlete from 2008-2012. “I aimed to be an All-American on and off the field.” Rashard was able to achieve just that, earning his undergraduate degree in business marketing in three years and becoming an All-American football player. Professionally, Rashard started his career as a professional football player, signing a contract with the St. Louis Rams in 2013. Following his time in the NFL, Rashard joined Johnson &amp; Johnson’s orthopedic medical-sales division for two years before accepting a graduate-assistant role and becoming a certified academic advisor for Clemson athletics. Rashard completed his MBA and professional-communications coursework in 2016, earning his master’s degree. Post-graduation, Rashard found himself back working in the corporate world as a PMD with Merrill Lynch as a financial and wealth management advisor. “It’s a blessing to empower young professionals and offer the resources they need to be successful. They truly have rare sets of intangibles that set them apart in the workplace. I have the pleasure of showing them how to convert and transfer those skills into successful careers”.

Behind his passion for developing scholar-athletes, the St. Augustine, Fla., native is a proud husband and role model, sharing his faith and optimistic attitude through his non-profit and community foundations.