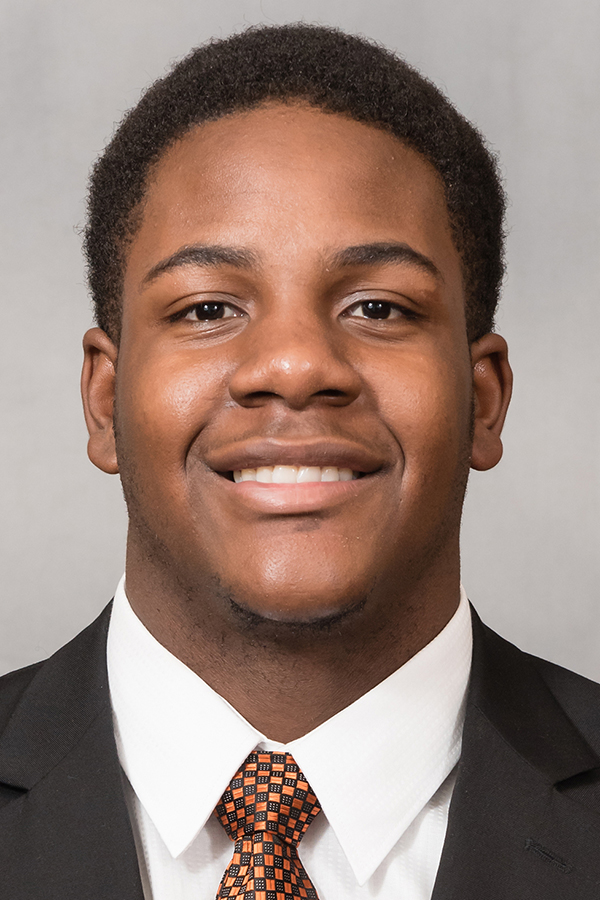 Finished 2019 credited with 26 tackles (2.5 for loss), 2.5 sacks, a forced fumble and a fumble recovery in 256 career snaps over 28 games at Clemson … transitioned from defensive end to defensive tackle prior to the 2018 season.

2019: Credited with nine tackles, including a half-sack, as well as two pass breakups and a fumble recovery in 87 snaps over 10 games … recorded two tackles and a fumble recovery vs. Georgia Tech … added a tackle vs. Charlotte … registered two tackles including a half-sack vs. Florida State … contributed three tackles at Louisville … added a tackle vs. No. 22 Virginia in the ACC Championship Game … ACC Honor Roll selection.

2018: Credited with nine tackles (1.0 for loss) with 1.0 sack and a forced fumble in 93 snaps in 10 games … made two tackles in wins against Furman and Georgia Southern … also added a tackle at Georgia Tech and at Wake Forest … recorded his first career sack at Florida State … posted a tackle vs. Duke.

2017: Had eight tackles, a tackle for loss and sack in 76 snaps over eight games … had a sack in nine snaps against Wake Forest on Oct. 7 … had five tackles in 22 snaps against The Citadel on Nov. 18.

Before Clemson: Rated as a consensus top 150 prospect in the nation … rated the No. 84 overall prospect by 247 Sports … No. 1 prospect in Kansas and eighth best defensive end in the nation by 247 Sports … listed as No. 113 prospect overall by Scout and No. 154 by both ESPN and Prep Star … No. 141 overall and second-best player in Kansas by Rivals … No. 1 prospect in Kansas by ESPN … played in the U.S. Army All-American game … had 72 tackles as a senior, 39 first hits and 33 assists in just nine games … had 12 tackles for loss, including 8.5 sacks … also an outstanding basketball player, a three-year starter and double figure scorer all three years … started at center on the East High School AAAAAA State Championship team of 2015 … honorable mention all-state as a basketball player … played his high school football for Bill Coffman … selected Clemson over offers from Georgia, Oklahoma, Kansas State and Alabama … first Clemson signee from the state of Kansas since Jason Gamble in 1996 … recruited by Brent Venables and Marion Hobby.

Personal: Born Oct. 2, 1997 … graduated in December 2019 with a degree in sports communication … completed microinternships with WH Trucking in 2018 and Adobe in 2019 … is a talented artist (examples below).

"No matter what obstacle you face … one little step at a time, one sketch at a time, you can get past it." 🎨@xavierkelly22 is back to the drawing board 🖌️ pic.twitter.com/8P7WvR5mnx