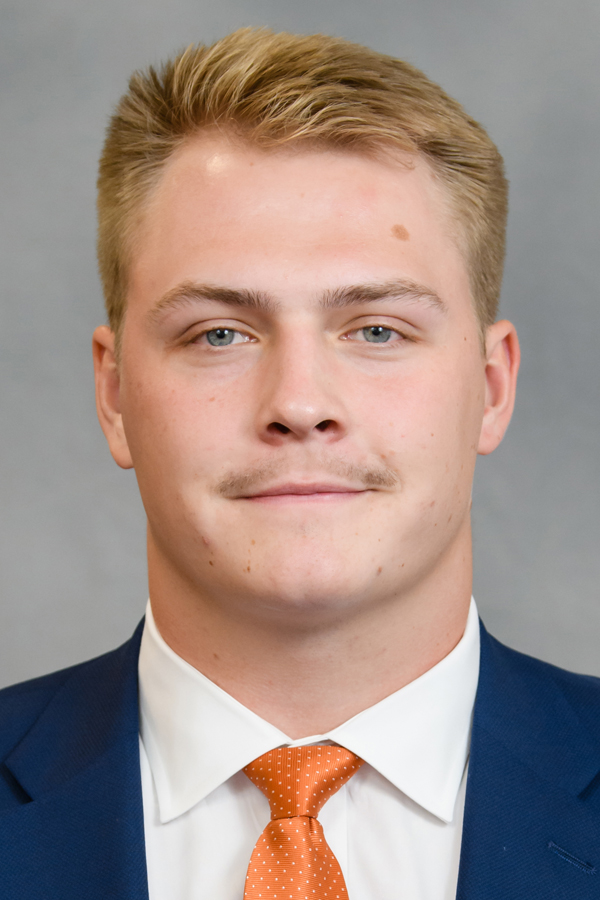 ESPN Freshman All-American as a reserve in 2020 who earned the starting right tackle role entering his sophomore year in 2021 … enters 2022 having played 1,068 career snaps over 24 games (13 starts).

2021: Was one of only four offensive or defensive players to start all 13 games for Clemson, as he played 869 snaps while starting all 13 contests at right tackle … played 67 snaps vs. No. 5 Georgia in first career start … played 51 snaps vs. SC State as Clemson exceeded both 200 rushing yards and 200 passing yards … played 70 plays vs. Georgia Tech, Clemson’s second straight game allowing zero sacks … played 53 snaps at NC State … played 66 snaps in helping power Clemson to 231 rushing yards and 207 passing yards vs. Boston College … played 67 snaps in a Friday night win at Syracuse … played 65 snaps at No. 23 Pitt … played 76 snaps and helped pave the way for Will Shipley’s 128 rushing yards in a comeback win vs. Florida State … played all 70 snaps at Louisville as Clemson recorded a fourth-quarter comeback win in back-to-back weeks for the first time since 1974 … played 77 of Clemson’s 100 plays and earned offensive player of the game honors after helping the Tigers exceed 300 passing yards vs. UConn … played 69 snaps vs. No. 13 Wake Forest as Clemson’s offensive line shared team offensive players of the game honors with Kobe Pace after the Tigers produced season highs in total yards (543) and rushing yards (333) while allowing zero sacks … played 64 snaps at South Carolina in helping Clemson both exceed 250 rushing yards and allow zero sacks in a second straight game.

Before Clemson: Played for Brian Landis at Frederick Douglass High in Lexington, Ky., where the two-year captain did not allow a sack in 15 games as a senior … first-team all-state and earned 5A district player of the year … added 32 tackles, including 11.5 tackles for loss with 6.5 sacks … unanimous top-100 player nationally … during the early signing period, Rivals.com ranked Parks as the No. 59 best player in the nation, eighth-best at his position and the No. 2 player in Kentucky … was listed as the 63rd-best overall player, eighth-best offensive tackle and best player in Kentucky by PrepStar … ranked as the No. 71 overall player by 247Sports, seventh-best at his position and second-best in the state of Kentucky … ranked as No. 89 overall player in the nation by ESPN.com, the 13th-best offensive tackle and second-best player in Kentucky … committed to Clemson on Oct. 2, 2018 … recruited to Clemson by Robbie Caldwell.

Personal: Born Oct. 19, 2001 … criminal justice major who enrolled at Clemson in the summer of 2020 … was Clemson’s first signee from Kentucky since Justin Miller in 2002.