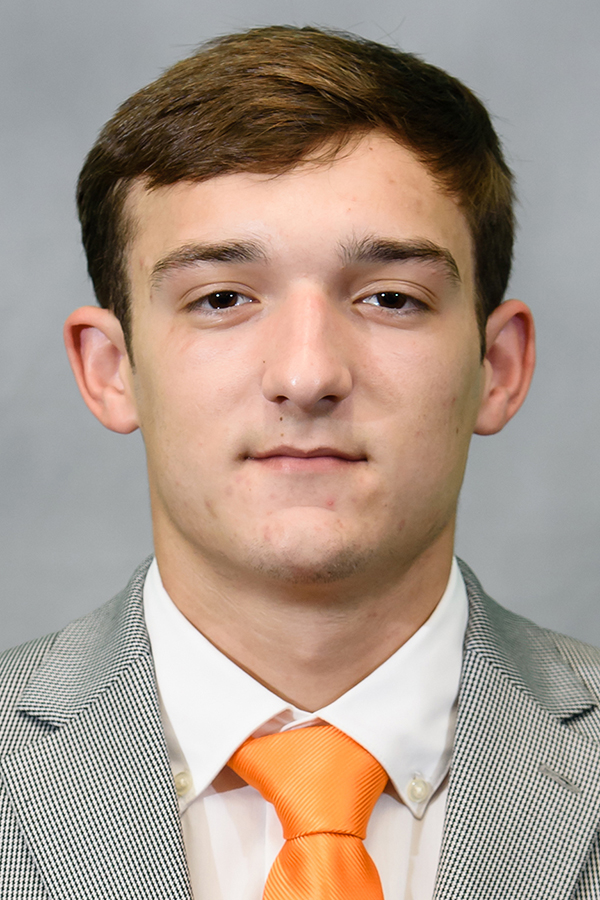 Cannon-legged weapon on both scoring opportunities and kickoffs who enters 2022 with a 53-of-71 career mark on field goals and a 185-of-186 mark on PATs in 55 career games (40 starts) … also enters 2022 averaging 64.26 yards on 368 career kickoffs with 280 touchbacks … became Clemson’s school record holder in career field goals of both 40-plus and 50-plus yards in 2021 … enters 2022 ranked fourth in Clemson history in career points by a kicker (344), third in career PATs (185), fourth in career points (344) and seventh in made field goals (53) … became the first player in Clemson history to score 100 points in three different seasons … opened his career converting his first 122 consecutive PATs, a school record … set the CFP National Championship Game record for longest field goal, converting on a 52-yarder against LSU … expected to return in 2022 having scored in 42 consecutive contests, as he has scored in every game since earning the starting placekicking job prior to the 2019 season … two-time All-ACC Academic Team selection.

2021: Second-team All-ACC selection … also picked up second-team honors from the AP, PFF and Phil Steele … All-ACC Academic Team selection … went 21-of-26 (80.8 pct.) on field goals, finishing the season having posted only the 11th 20-field-goal season in school history and Clemson’s first since 2015 (Greg Huegel, 27) … was also a perfect 38-for-38 on PATs … ended the year having kicked multiple field goals in five consecutive games for the first time in his career … set single-season record with 12 field goals of 40 yards or more … his 21 field goals covered 810 total yards, tying Greg Huegel (810 in 2015) for the school record … scored 101 points to become the first player in Clemson history to score 100 points in three consecutive seasons (118 points in 2019 and 115 points in 2020) … averaged 64.3 yards on 69 kickoffs with 49 touchbacks … converted his lone field goal attempt of 22 yards vs. No. 5 Georgia … went 7-for-7 on PATs vs. SC State, in the process becoming the 12th player in school history to reach 250 career points and the fourth player in school history to convert 150 career PATs … went 2-for-2 on PATs vs. Georgia Tech … converted 3-of-3 PATs at NC State to earn team special teams player of the game … recorded a season-high and career-high-tying four field goals on four attempts vs. Boston College, earning Lou Groza Award Star of the Week and sharing team special teams player of the game honors … during that contest against Boston College, passed Bob Pauling (34 from 1979-83) to enter the Top 10 in school history in career field goals made … passed Mark Buchholz (37 from 2007-08) for sole possession of ninth place in school history in career field goals made with a 40-yard fourth quarter field goal at Syracuse … hit a 42-yard field goal and went 2-for-2 on PATs at No. 23 Pitt … responded from a 1-for-4 field goal effort vs. Florida State by going 3-for-3 on field goals and 3-for-3 on PATs for 12 points in a six-point win at Louisville, sharing team special teams player of the game honors and passing Obed Ariri (288 from 1977-80) and James Davis (294 from 2005-08) to move into eighth in career points in Clemson history (299) during the contest … shared special teams player of the game honors after going 3-for-3 on field goals (including two season-long 49-yarders) and 4-for-4 on PATs vs. UConn, giving him three field goals in consecutive games for the first time in his career … during that UConn game, he became the eighth player in school history with 300 career points, passing Travis Zachery (300 from 1998-01), Nelson Welch (301 from 1991-94) and C.J. Spiller (308 from 2006-09) in career points … scored 12 points and earned team special teams player of the game vs. No. 13 Wake Forest after going 6-for-6 on PATs and 2-for-2 on field goals, including a 50-yarder that gave him his sixth career field goal of 50 or more yards to take sole possession of the Clemson record for career 50-yard field goals shared previously with Chris Gardocki (1988-90) and Donald Igwebuike (1981-84) … earned team special teams player of the game after he went 3-of-3 on field goals at South Carolina, reaching a number of notable milestones, including: passing Aaron Hunt (329 from 2000-03) for fourth on Clemson’s all-time leaderboard for career points; becoming the eighth kicker in Clemson history to record 50 career field goals; giving him multiple field goals in four consecutive games for the first time in his career; breaking Chris Gardocki’s (10 in 1989) single-season Clemson record and Chandler Catanzaro’s career record (24 from 2010-13) for field goals of 40-plus yards; made him successful on his last 11 field goal attempts, the longest streak of his career … converted attempts to 23 and 51 yards in a 2-for-3 performance against Iowa State, with the 51-yarder representing a season long and sitting one yard shy of his Clemson bowl record of 52 against LSU in 2019 … the 51-yarder also extended his school career records for field goals of both 40- and 50-plus yards … missed a 36-yard attempt against Iowa State that ended a streak of 13 consecutive successful field goal attempts, one shy of Obed Ariri (14 straight in 1980) for the third-longest streak of consecutive field goals made in school history.

2018: Immediately earned the kickoff role as a true freshman and became a weapon, finishing third in the nation with 79 touchbacks … averaged 63.8 yards on 114 kickoffs with 79 touchbacks (69.3 percent) while also posting a 1-1 mark on field goals and a 7-7 mark on PATs … earned co-special teams player of the week honors at Florida State, registering six touchbacks on 10 kickoffs, going 5-5 on PATs and recording his first career field goal from 24 yards out … earned the honor again with seven touchbacks on eight kickoffs vs. No. 1 Alabama in the National Championship Game.