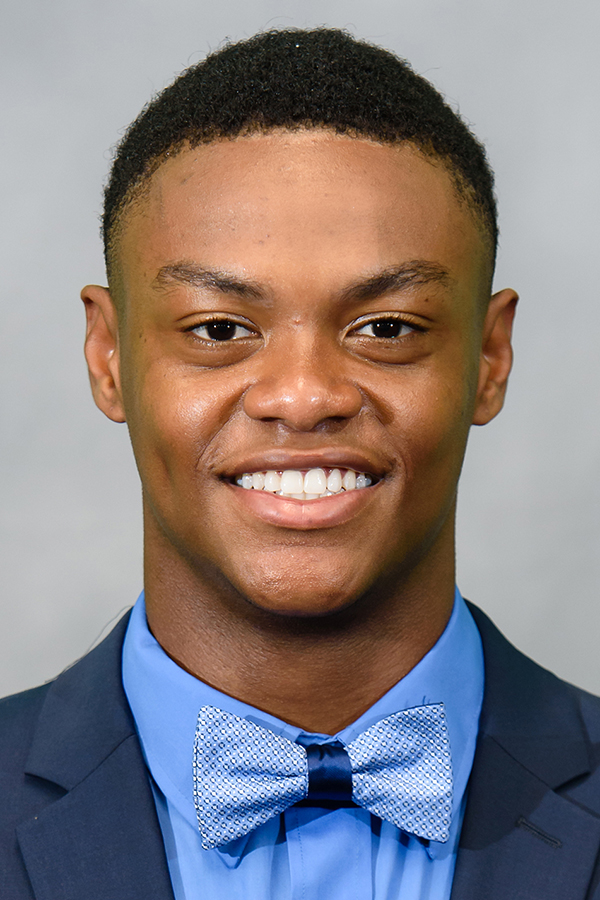 Concluded his four-year Clemson career spanning 2018-21 credited with 84 tackles (0.5 for loss), 15 pass breakups, five interceptions, a forced fumble and a fumble recovery in 1,116 snaps over 47 games (16 starts) … saved his best for last, earning third-team All-America honors from PFF and first-team All-ACC status for his performance as a senior in 2021, when he concluded his career as MVP of a win in the 2021 Cheez-It Bowl.

2021: First-team All-ACC selection, as he and Andrew Booth Jr. swept first-team honors at cornerback … one-half of the first single-school duo to sweep both first-team All-ACC cornerback honors since 1997 … named as a third-team All-American by PFF … also earned first-team all-conference nods from the AP and PFF and a second-team selection from Phil Steele … credited with 48 tackles, nine pass breakups, two interceptions and a forced fumble over 561 defensive snaps in 12 games (all starts) … voted as a permanent team captain … recorded 13 tackles, second-most on the team, vs. No. 5 Georgia … had a tackle and a pass breakup vs. SC State … credited with seven tackles vs. Georgia Tech … contributed two tackles at NC State … shared team defensive player of the game honors after recording three tackles and a career-high four pass breakups at Syracuse, one breakup shy of the school record of five set by Perry Williams against Virginia Tech in 1985 … with the four breakups at Syracuse, became the first Clemson player with four pass breakups in a single game since Nov. 6, 2014 (Garry Peters against Wake Forest) … added five tackles and a pass breakup at No. 23 Pitt, sharing defensive player of the game honors … recorded two tackles and a pass breakup vs. Florida State … made five tackles at Louisville … added three tackles and his first interception of the season vs. UConn … registered six tackles and a pass breakup vs. No. 13 Wake Forest … earned Cheez-It Bowl Most Valuable Player honors after picking off a batted ball and returning it 18 yards for a touchdown as well as forcing a fumble on Iowa State’s final offensive play to seal a game-winning turnover on downs … named to the AP All-Bowl team for his performance against the Cyclones.

2020: Credited with 16 tackles, two interceptions, a fumble recovery and a pass breakup in 237 snaps over eight games (four starts) … unavailable at Wake Forest and vs. The Citadel … made two tackles in season debut vs. Virginia … broke up a pass against No. 7 Miami … added a tackle vs. Boston College … won ACC Defensive Back of the Week and team defensive player of the week after posting three tackles and two interceptions vs. Pitt, the first multi-interception game by a Clemson player since Cordrea Tankersley’s two-interception game against Virginia Tech in the 2016 ACC Championship Game … contributed two tackles and a fumble recovery at Virginia Tech … made five tackles in ACC Championship Game vs. No. 2 Notre Dame … added three tackles in Sugar Bowl vs. No. 3 Ohio State.

2019: Credited with 13 tackles (0.5 for loss) and two pass breakups in 205 snaps over 13 games … credited with a tackle vs. Georgia Tech … recorded two tackles vs. No. 12 Texas A&M … recorded his first career interception at Syracuse, seizing momentum by giving Clemson the ball back one play after a giveaway by Clemson’s offense … added a tackle vs. Charlotte and at North Carolina … broke up a pass vs. Boston College … posted two tackles at NC State … credited with two tackles (0.5 for loss) vs. Wake Forest … recorded four tackles at South Carolina … ACC Honor Roll selection.