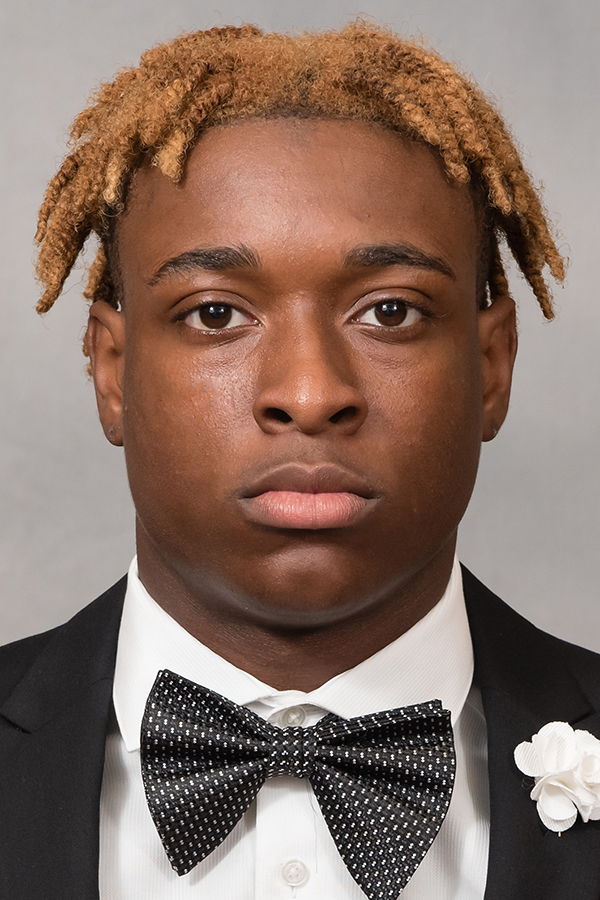 Completed four-year Clemson career credited with 178 career tackles (5.5 for loss), 21 passes broken up, five interceptions returned for 180 yards (including one returned for a touchdown), two sacks and two forced fumbles in 1,896 snaps over 59 games (36 starts) … departed Clemson tied for the most career games played in school history, matching the 59 by Christian Wilkins, Tanner Muse and Cannon Smith.

2019: Third-team All-ACC selection … All-ACC Academic selection … credited with 81 tackles (3.0 for loss), 10 passes broken up, two sacks and two interceptions (including one returned for a touchdown) in 698 snaps over 15 games (all starts) … voted as a permanent team captain … recorded two tackles vs. Georgia Tech … shared team defensive player of the week honors vs. No. 12 Texas A&M after leading the team with 10 tackles including a sack and a quarterback pressure that directly led to an interception by Tanner Muse … also earned ACC Defensive Back of the Week for the performance, Clemson’s first time earning that honor since 2012 (Xavier Brewer) … contributed five tackles at Syracuse … added three tackles, two pass breakups and a 66-yard interception return for touchdown — his first career score — in sharing team defensive player of the week honors vs. Charlotte … posted six tackles at North Carolina … credited with three tackles vs. Florida State … recorded three tackles, an interception and a pass breakup at Louisville … contributed five tackles and a pass breakup vs. Boston College … added team-high nine tackles (one for loss) vs. Wofford … made two tackles at NC State … recorded two tackles vs. Wake Forest … recorded three tackles and two pass breakups in earning team defensive player of the game honors at South Carolina … posted nine tackles and two pass breakups against his home-state team in the ACC Championship Game vs. No. 22 Virginia, sharing team defensive player of the game honors … recorded six tackles, including an 11-yard sack, and two pass breakups vs. No. 2 Ohio State in the Fiesta Bowl … led Clemson with 13 tackles vs. No. 1 LSU.

Before Clemson: First-team all-state selection on both sides of the football by Virginia High School Sports League … named as a wide receiver and a defensive back … showed his abilities on both sides of the ball in Virginia AAAAA State Championship Game when he had five receptions for 99 yards and two touchdowns on offense and an interception in the endzone on defense … his team finished 14-1 and won the state championship, the first for his school since 1961 … had 718 receiving and 376 rushing yards … scored 14 total touchdowns … did most of his rushing as a Wildcat quarterback … in third game of the 2015 season, played the position for most of the game and completed 3-7 passes for 86 yards and a score, and had five rushes for 114 yards and a score leading team to 31-14 win over Meadowbrook … in addition to all-state recognition, named all-metro … No. 4 overall player in Richmond area by Richmond Times Dispatch … team was ranked No. 43 in the nation and No. 1 in Virginia by Max Preps in 2015 … as a junior, had 17 receptions for 450 yards (26.5 yards per catch) and four touchdowns on offense, 27 tackles and an interception on defense … also contributed 13 rushes for 166 yards and two scores … team finished 11-1 as a junior … also outstanding in track, he competed in the New Balance National High School Championships in New York City in March 2015 … his strong senior year on the gridiron led to offers from Clemson and Ohio State in late January … played for head coach Loren Johnson … selected Clemson over offers from Michigan State, Pittsburgh and Ohio State … recruited by Mike Reed.

Personal: Born July 25, 1997 … graduated in December 2019 with a degree in communication … four-time ACC Honor Roll selection … completed microinternships with Cisco in 2018 and the National Football League in 2019.