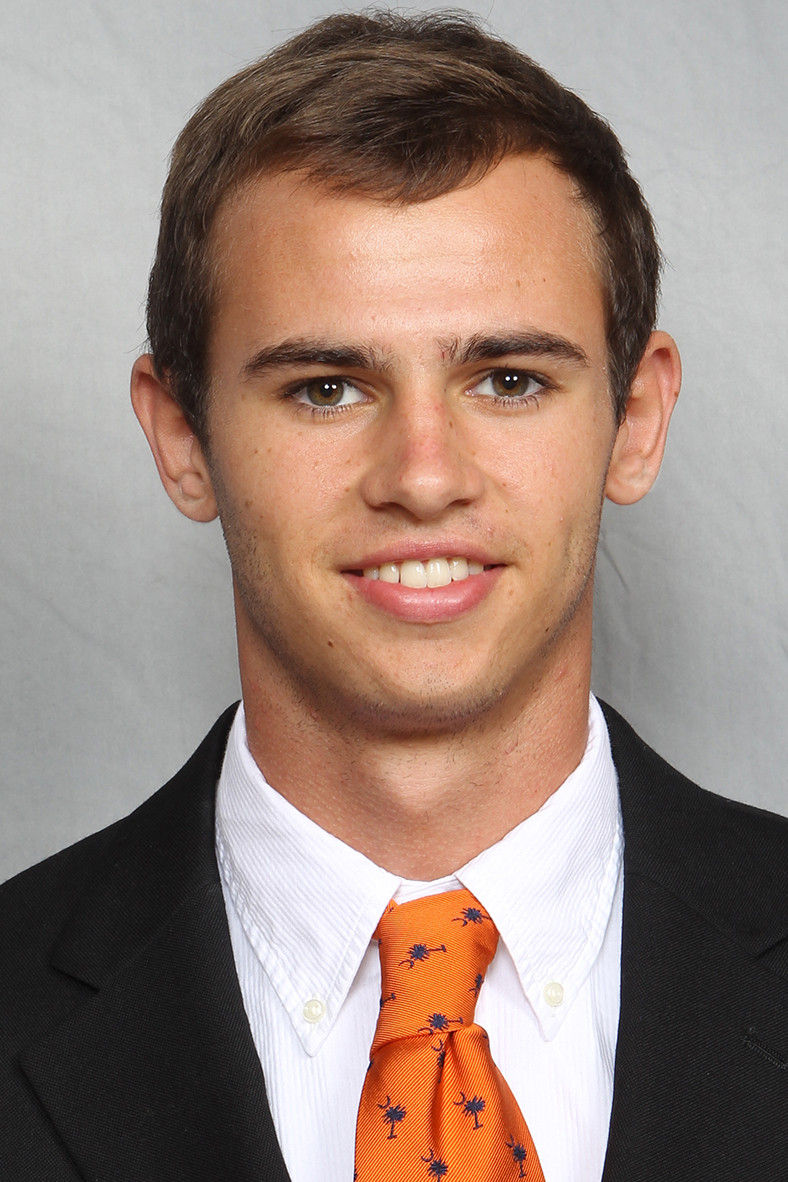 Original walk-on who earned a scholarship in August 2015 and put together one of the most unlikely yet storied careers in Clemson history …  finished career with 186 receptions for 2,133 yards and 15 touchdowns in 2,408 snaps over 55 games (47 starts) in his career … owns Clemson records for starts by a receiver (47) and consecutive games with a reception (43) … exited Clemson ranked fifth in career receptions (186) and 11th in career receiving yards (2,133) … posted College Football Playoff records with 37 receptions and four touchdowns in seven career CFP games … entered 2018 ranked as the No. 140 player in the nation in the preseason by NFL.com … also contributed as an emergency quarterback and punter as a senior.

2018: Burlsworth Trophy winner as college football’s most outstanding player who began his career as a walk-on … Bobby Bowden Award winner as the Division I player who epitomizes dedication to faith, family, friends and football … third-team All-ACC … voted as a permanent team captain … caught 49 passes for 544 yards and a touchdown in 553 snaps over 15 games (all starts) … caught three passes for 24 yards in season opener against Furman … gained 59 yards on four catches at Texas A&M … notched two catches for 44 yards against Georgia Southern … gained 28 yards on two receptions at Georgia Tech, including his first touchdown grab of the season … recorded three receptions for 45 yards vs. Syracuse … played wide receiver, punter and quarterback at Wake Forest, catching two passes for 21 yards, unleashing a 42-yard punt and completing one pass for two yards … while playing quarterback at Wake Forest, made a key backside block 25 yards downfield after handing the ball off on Lyn-J Dixon’s 52-yard touchdown scamper … gained 41 yards on five catches vs. No. 16 NC State … caught four passes for 48 yards at Florida State …  caught a 15-yard pass vs. Louisville … posted season highs in receptions (eight) and receiving yards (80) at No. 17 Boston College, earning team co-offensive player of the week honors … on a seven-yard reception vs. Duke, broke Artavis Scott’s school record (38 for 2014-16) for the most consecutive games with a reception by catching a pass in his 39th straight game … caught five passes for 80 yards vs. South Carolina … recorded two catches against Pitt … gained 62 yards on four receptions vs. No. 3 Notre Dame in the Cotton Bowl … caught two passes for 10 yards against No. 1 Alabama in the National Championship Game.

2016: Earned Hustle Award on offense, sharing the honor with Mitch Hyatt … had 44 catches for 495 yards and six touchdowns in 635 snaps over 11 games (nine starts) … made brilliant catch for a touchdown in the opener at Auburn, a 16-yard reception … followed with another score in a fourth straight game, a brilliant 35-yard touchdown in the end zone against Troy … broke a bone in his hand on the fall and missed the next four games … returned against NC State, catching six passes for 53 yards … posted five catches for 62 yards, with a touchdown, at Florida State … caught critical third-down reception in the fourth quarter of Tigers’ come from behind win … posted seven catches for 77 yards against Pittsburgh … notched 46 yards on two catches, one of which was a 15-yard touchdown, in ACC Championship Game versus Virginia Tech … made spectacular diving 31-yard catch to set up his score … had five grabs for 50 yards in Fiesta Bowl win over Ohio State … posted career-best 10 receptions for 92 yards, with two second half touchdowns, in win over Alabama (most vs. the Tide all season) … scored the final go-ahead touchdown with one second left on the clock.

2015: Fifth on the team with 33 receptions for 492 yards and five touchdowns … appeared in 15 games, with 10 starts … his 14.9 yards per catch figure was third-best on the team … had two receptions for 29 yards in the season opener against Wofford … posted three receptions against Appalachian State … grabbed first career touchdown at Louisville to open Clemson’s scoring, a 32-yard pass from Deshaun Watson … caught key 24-yard pass that set up a touchdown in win over Notre Dame … posted three catches for 40 yards against Boston College … caught 57-yard touchdown pass at NC State and was Clemson’s special teams player-of-the-game by coaches after recovering an onside kick late … caught three passes for 22 yards in ACC Championship Game and recovered final onside kick by North Carolina to help secure the victory … caught 35-yard touchdown pass in the Capital One Orange Bowl in the second half and finished with 4-59 against the Sooners … earned co-player-of-the-game honors with Deshaun Watson after receiving two of his four touchdown passes in National Championship Game against Alabama … finished with seven grabs for 88 yards to lead all Tigers … posted 11 catches for 147 yards and three scores in two College Football Playoff games.

Before Clemson: Lettered at Socastee High School … father, Tim, played at Wofford and had an interception at Clemson in 1981 … standout baseball player … No. 6 outfielder in South Carolina by Diamond Prospects.