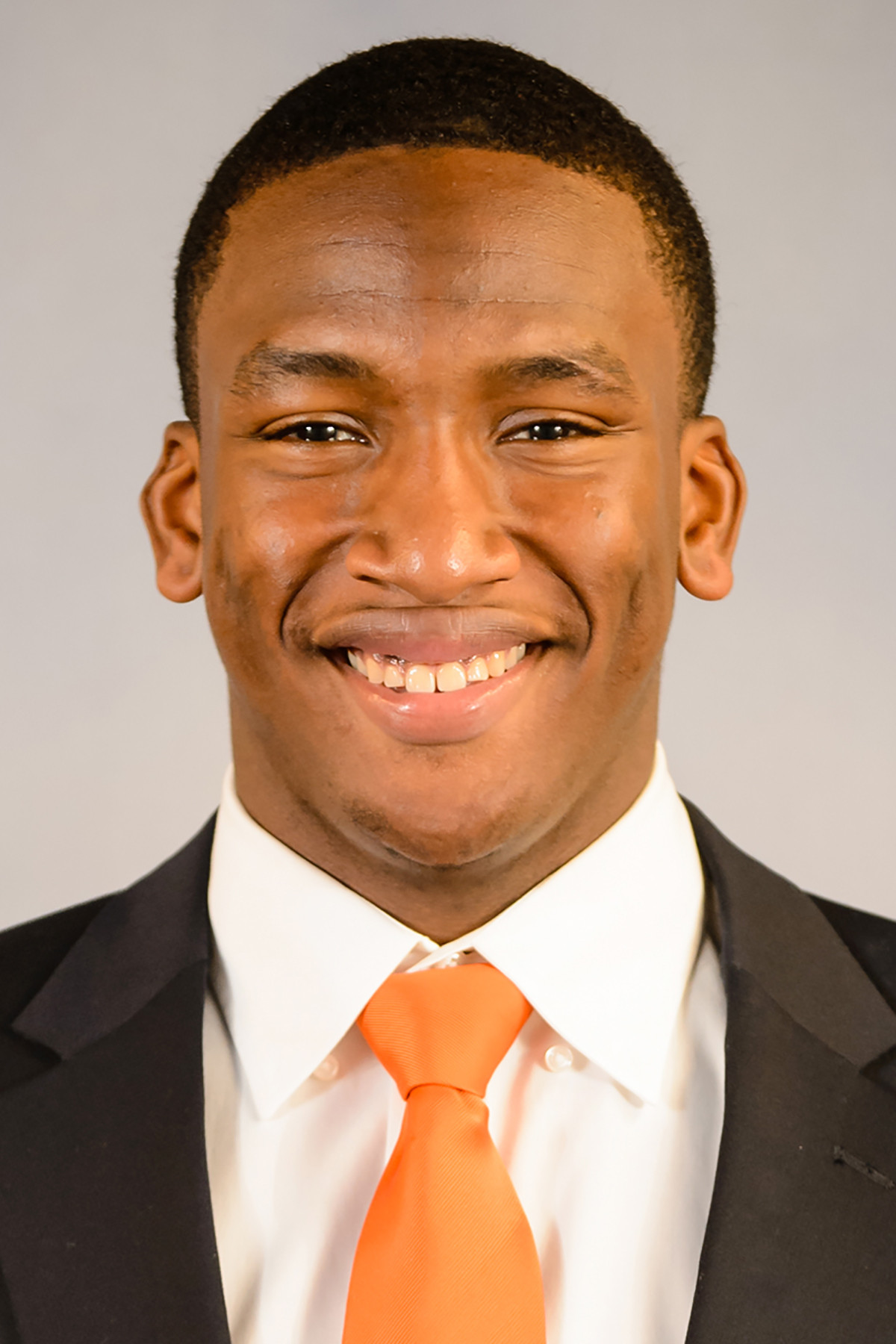 Redshirted the 2015 season before a prolific run as a three-year starter from 2016-18 … completed college career with 166 tackles, 50 tackles for loss, 27.0 sacks, 51 quarterback pressures, seven pass breakups and five caused fumbles in 2,167 snaps over 44 games (all starts) … left Clemson as only the second two-time, first-team AP All-American and the school’s first such player since 1981-82 … despite playing only three seasons, his 44 starts were the most by any defensive end/outside linebacker in school history … ranked tied for fourth in Clemson history with 27 career sacks, tied with William “Refrigerator” Perry … entered 2018 as the No. 7 player in the nation in the preseason by Sports Illustrated and No. 8 player by NFL.com … No. 4 defensive end in the nation in the preseason by Lindy’s.

2018: Won the Ted Hendricks Award, awarded to the nation’s top defensive end … Bednarik Award semifinalist … consensus first-team All-American, earning selections by AFCA, AP, Sporting News and Walter Camp … with the AP selection, became Clemson’s first two-time, first-team AP All-American since Terry Kinard in 1981-82 … ACC Defensive Player of the Year … first-team All-ACC … unanimous first-team AP All-ACC selection and earned AP ACC Defensive Player of the Year…voted as a permanent team captain … credited with 53 tackles (19.5 for loss), 11.5 sacks, four pass breakups, three forced fumbles and two fumble recoveries including one recovered for a touchdown in 691 snaps in 15 games (all starts) … recorded three tackles, including a sack, in season opener against Furman … racked up three tackles — all for loss, including two sacks — at Texas A&M, earning ACC Defensive Lineman of the Week honors and collecting a team defensive player of the week award … compiled seven tackles, 2.5 tackles for loss and 2.0 sacks in a team defensive player of the week performance vs. Georgia Southern, becoming the first Clemson player to have two or more sacks in consecutive games since Vic Beasley against Florida State and North Carolina in 2014 … scored the first touchdown of his career, recovering a fumble in the end zone at Georgia Tech … posted three tackles vs. Syracuse … recorded a sack among his four tackles at Wake Forest … made five tackles, including 2.5 for loss, vs. NC State … recorded a sack at Florida State to move past Brentson Buckner and Bryant McNeal (22.0 each) on the school’s all-time leaderboard for career sacks … contributed five tackles (including a half-sack) vs. Louisville … recorded a sack among his two tackles at Boston College … notched 2.5 tackles for loss with 2.0 sacks among his three tackles vs. Duke … contributed two tackles vs. South Carolina … added five tackles (1.5 for loss) against Pitt … recorded four tackles, one sack, a forced fumble and a fumble recovery as Clemson held No. 3 Notre Dame to three points in the Cotton Bowl … tied William Perry (28.0) for fourth-most career sacks in school history with his sack in the Cotton Bowl … contributed four tackles, including 1.5 for loss, in National Championship Game vs. No. 1 Alabama.

2017: One of five finalists for the Ted Hendricks Award … first-team All-American by AP and Sports on Earth; became just the third Tiger freshman or sophomore in history to earn first-team AP All-America honors, joining Sammy Watkins and Deshaun Watson … second-team All-American by The All-American, CBS Sports, Football Writers Association, Rivals, Sporting News, Sports Illustrated and USA Today … First-Team All-ACC selection … first-team All-ACC by AP and Phil Steele … had 63 tackles, 18 tackles for loss, 9.5 sacks, 12 quarterback pressures, a pass breakup and two caused fumbles in 717 snaps over 14 games (14 starts) … second in the ACC in sacks and second in tackles for loss … had four tackles in 26 snaps against Kent State on Sept. 2 … had five tackles, a sack, team-high three quarterback pressures and caused fumble in 67 snaps against No. 13 Auburn on Sept. 9 … had three tackles and two quarterback pressures in 56 snaps at No. 14 Louisville on Sept. 16 … had four tackles and two quarterback pressures in 54 snaps at No. 12 Virginia Tech on Sept. 30 … had a sack in 48 snaps against Wake Forest on Oct. 7 … had eight tackles, 5.5 tackles for loss, 3.5 sacks and a pass breakup in 81 snaps at Syracuse on Oct. 13; named ACC Defensive Lineman-of-the-Week; named team defensive player-of-the-game … had six tackles in 25 snaps against Georgia Tech on Oct. 28; named team co-defensive player-of-the-game … had a team-high 12 tackles, five tackles for loss and a sack at No. 20 NC State on Nov. 4; named ACC Defensive Lineman-of-the-Week; named team co-defensive player-of-the-game … had three tackles, 1.5 tackles for loss, a sack, two quarterback pressures and a caused fumble against Florida State on Nov. 11; named team co-defensive player-of-the-game … had four tackles in 27 snaps against The Citadel on Nov. 18 … had five tackles, two tackles for loss and a sack in 39 snaps at South Carolina on Nov. 25 … had four tackles and a tackle for loss in 35 snaps against No. 7 Miami (Fla.) in the ACC Championship Game on Dec. 2 … had two tackles and a sack in 70 snaps against No. 4 Alabama in the Sugar Bowl on Jan. 1; named team co-defensive player-of-the-game.

2016: Shared team defensive rookie-of-the-year honors with Dexter Lawrence … produced 50 tackles, including 12.5 for loss and six sacks, to go along with a team-high 24 quarterback pressures in 15 games (15 starts) … started first collegiate game at Auburn, and posted three quarterback pressures … posted two sacks in the win over No. 3 Louisville, part of 10 tackles for loss against the Cardinals … tallied three-yard sack in Clemson’s road win over Boston College … defensive player of the game against Florida State, when he recorded two tackles for loss, a sack and a pass breakup in Clemson’s big win … posted half a tackle for loss in game against Pittsburgh … had a pass breakup and two pressures against South Carolina … posted two tackles for loss, including a sack, in ACC Championship Game against Virginia Tech … named defensive Most Valuable Player in the Fiesta Bowl after posting three tackles for loss, including a sack … played just 36 snaps due to injury in the National Championship Game, but contributed two pressures and a tackle for loss.

Personal: Graduated in December 2018 with a degree in sports communication … won the inaugural Tim Bourret Award in 2018, given to the player who best represents himself, his teammates and Clemson University in the media … born May 17, 1997.