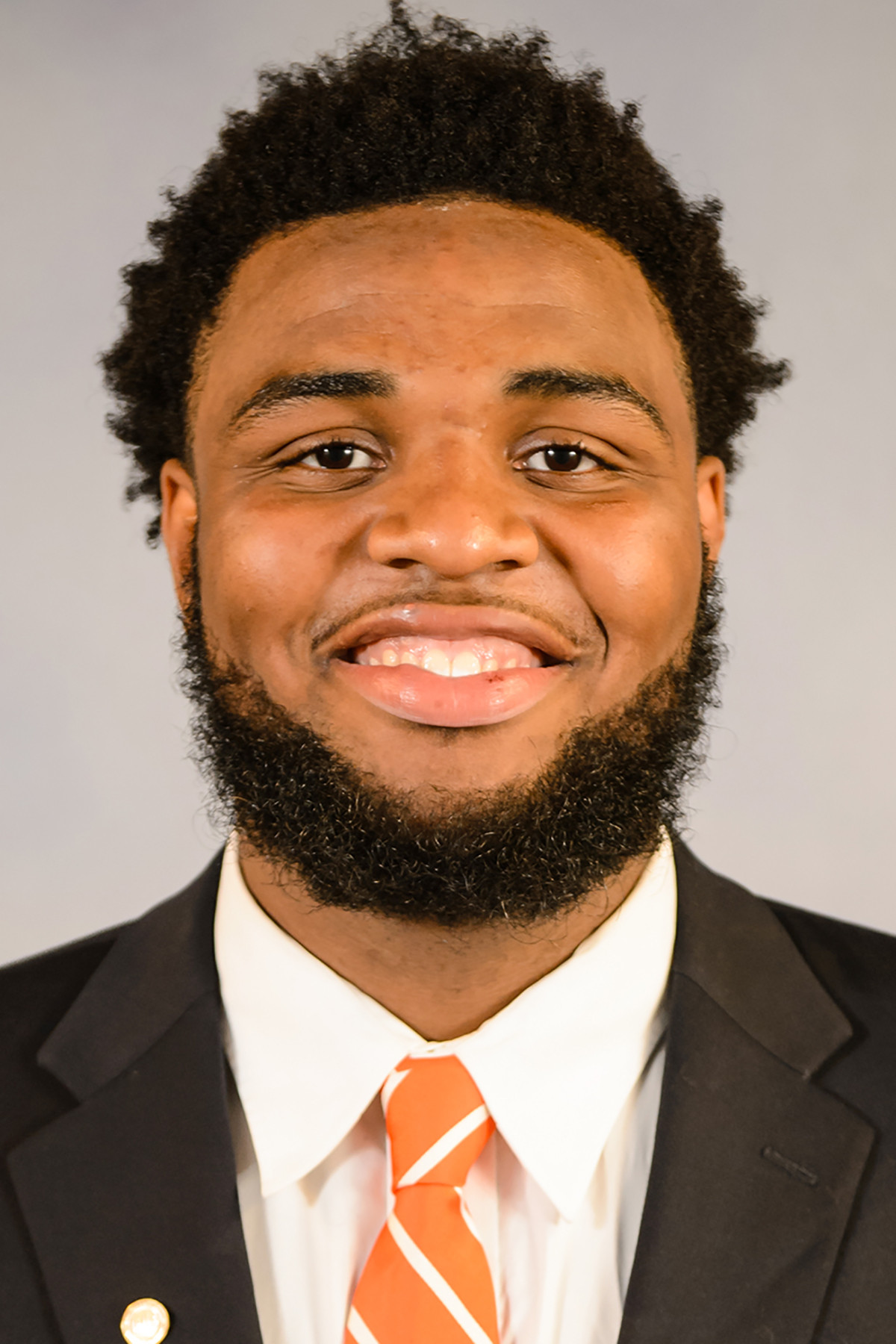 Concluded a stellar four-year career as one of Clemson’s most decorated and most beloved figures … completed career with 250 tackles, 41 tackles for loss, 16 sacks, 56 quarterback pressures, 16 pass breakups, three forced fumbles and four fumble recoveries in 2,441 snaps over 59 games (45 starts) … three-time All-American who became the fifth unanimous All-American in school history in 2018 … three-time All-ACC selection and the second four-time All-ACC Academic selection in school history … his 59 career games are tied with tight end Cannon Smith for the most in school history … versatile contributor who played at both defensive tackle and defensive end throughout his career in addition to playing on kick and punt protection … also rushed four times for 13 yards with two rushing touchdowns and caught two passes for 31 yards with a touchdown … entered 2018 ranked as the No. 3 player in the nation in the preseason by Sports Illustrated and No. 13 player by NFL.com … No. 3 defensive tackle in the nation in the preseason by Lindy’s.

2018: First William V. Campbell Trophy winner in Clemson history … NFF National Scholar-Athlete selection … Nagurski Trophy finalist … Senior CLASS Award finalist … Outland Trophy finalist … Bednarik Award finalist … Lott IMPACT Trophy finalist … Lombardi Award finalist … unanimous first-team All-American, earning selections by AP, AFCA, FWAA, Walter Camp and Sporting News …  fifth unanimous All-American in school history, joining Gaines Adams, Da’Quan Bowers, Terry Kinard and C.J. Spiller … fourth player in school history to earn first-team All-America status in three different seasons, joining middle guard William Perry (1982-84), LB Anthony Simmons (1995-97) and WR Sammy Watkins (2011-13) … first-team All-ACC … unanimous first-team AP All-ACC selection … CoSIDA Academic All-District selection … earned fourth career All-ACC Academic selection, joining Dalton Freeman (2009-12) as the only Clemson players to be placed on the team four times … voted as a permanent team captain … credited with 57 tackles (15.0 for loss), 6.0 sacks, two pass breakups, two forced fumbles, two fumble recoveries and two rushing touchdowns in 621 combined offensive and defensive snaps over 15 games (all starts) … opened season with six tackles, including a sack, vs. Furman, earning team defensive player of the week honors … posted four tackles, including one for loss, at Texas A&M … made two tackles in 18 snaps vs. Georgia Southern … split team defensive player of the week honors against Georgia Tech with five tackles, including two for loss with one sack … contributed two tackles, including one for loss, vs. Syracuse … added four tackles at Wake Forest … made one tackle vs. No. 16 NC State … named team defensive player of the game at Florida State, making three tackles (one for loss) and also scoring on a one-yard touchdown run to become the first Clemson defensive lineman to rush for a touchdown since the advent of the two-platoon system … Posted eight tackles, including three tackles for loss (0.5 sacks) to collect co-defensive player of the game honors in addition to blocking an extra point vs. Louisville … earned first career ACC Defensive Lineman of the Week award after posting five tackles (one for loss) at No. 17 Boston College … posted six tackles, including 1.5 for loss with one sack, vs. Duke … made two tackles including a sack and added his second rushing touchdown of the year vs. South Carolina … recorded four tackles (0.5 for loss) and returned a fumble inside the five-yard line to set up a one-play scoring drive against Pitt … added one tackle (including a half-sack) and passed fullback Chad Diehl (57) for the most career games played in school history as Clemson held No. 3 Notre Dame to three points in the Cotton Bowl … posted four tackles (1.0 for loss, including a half-sack) vs. No. 1 Alabama in the National Championship Game.

2016: Nagurski Trophy finalist … Bednarik Award semifinalist … first-team All-American by AFCA, Football Writers Association and Phil Steele … second-team All-American by SB Nation, Sporting News, USA Today and Walter Camp … third-team All-American by the Associated Press … second-team All-ACC (media, coaches) … All-ACC Academic Team selection … posted 56 tackles, 13 for loss and 3.5 sacks in 706 snaps over 15 games (15 starts) … also had 20 quarterback pressures … established Clemson record by a defensive end with 10 passes broken up … started in place of Austin Bryant at Auburn and responded with 2.5 tackles for loss, a sack and a pass breakup … defensive player of the game by the coaches … had six tackles and two pass breakups against Troy, while recording a touchdown reception out of the Tigers’ jumbo package … first defensive lineman in Clemson history to score a touchdown out of an offensive formation … had three-yard sack against SC State … posted tackle for loss at Georgia Tech and was big reason the Tigers held Yellow Jackets to just 124 total yards … posted a tackle for loss and pass breakup in win over No. 3 Louisville … returned successfully to his home state in the 56-10 win at Boston College; he tallied eight tackles, including two for loss and a sack, in front of over 100 family and friends … blocked a field goal and converted a fake punt for a first down with a 10-yard rush in win over NC State … had 1.5 tackles for loss at Florida State … had a tackle for loss in 39 snaps at Wake Forest … had two pass breakups in win over South Carolina … had a tackle for loss and recovered fumble against Ohio State in the Fiesta Bowl … posted two pass breakups and three pressures against Alabama in the National Championship Game.

2015: First-team freshman All-American by CampusInsiders.com, Football Writers Association, Scout.com and Sporting News … All-ACC Academic Team selection … had 84 tackles, 4.5 tackles for loss and two sacks in 453 snaps over 15 games (one start) … had 12 quarterback pressures and a caused fumble … posted six tackles (one for loss) in his debut against Wofford … his eight tackles included one behind the line of scrimmage against Appalachian State … had 10 tackles at Louisville … had five tackles, a sack and caused fumble in win over No. 6 Notre Dame … had seven tackles and three pressures against Georgia Tech … had seven tackles, including 0.5 for loss against Boston College … had eight stops in win over Florida State … notched second career sack against Wake Forest … posted two stops and a pressure against North Carolina … made a splash in the Capital One Orange Bowl by becoming Clemson’s first defensive lineman in history to catch a pass when he hauled in a 31-yard reception on a fake punt to give the Tigers a spark in the opening half … finished with 10 tackles against the Sooners in just 35 snaps.