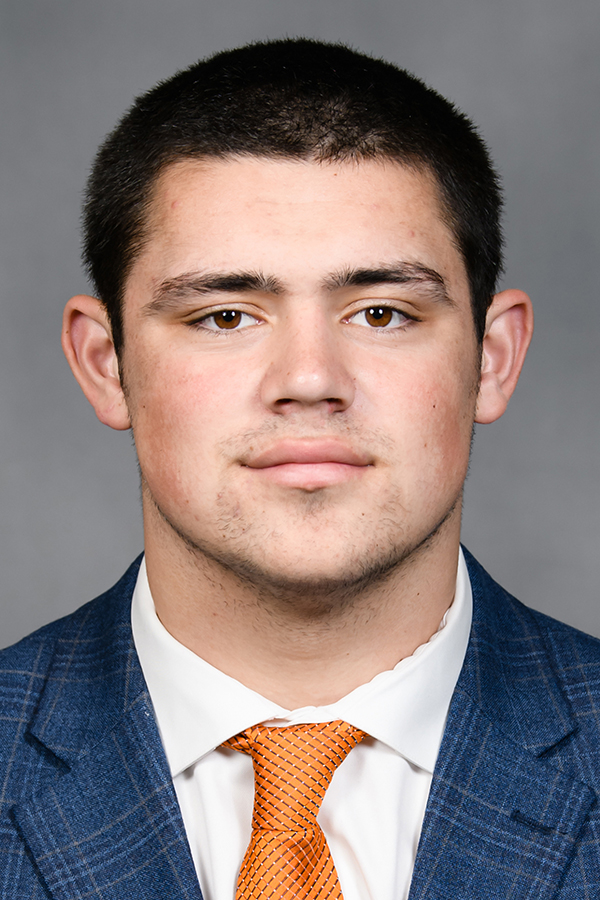 Former No. 1 recruit in the country who burst onto the scene as a Freshman All-American in 2020 … became the second ACC Defensive Rookie of the Year in Clemson history, joining Dexter Lawrence (2016) … entered 2021 credited with 33 tackles (6.5 for loss), 4.0 sacks, two pass breakups, a forced fumble and a safety in 432 defensive snaps over 12 games (10 starts).

2021: Contributed seven tackles (one for loss) vs. No. 5 Georgia … added two tackles vs. SC State … recorded 2.0 tackles for loss, a career-high 1.5 sacks and his first career interception in sharing team defensive player of the game honors vs. Georgia Tech, sealing the game by hauling in a desperation forward lateral attempt on the Yellow Jackets’ final play.

2020: Credited with 33 tackles (6.5 for loss), 4.0 sacks, two pass breakups, a forced fumble and a safety in 432 snaps over 12 games (10 starts) as a true freshman … also recorded two snaps on offense in Clemson’s goal line jumbo package … along with fellow true freshmen Myles Murphy and Trenton Simpson, their four sacks each tied William Perry (4.0 in 1981), Ricky Sapp (4.0 in 2006) and Shaq Lawson (4.0 in 2013) for third-most sacks by a Clemson true freshman all-time … his four sacks were the most by a true freshman interior lineman in 2020, Clemson’s second straight season having the FBS leader among first-year defensive tackles in that category (Tyler Davis in 2019) … Freshman All-American according to The Athletic, ESPN and Rivals … ACC Defensive Rookie of the Year … first-team All-ACC honoree … also named first-team All-ACC by the AP … made impressive collegiate debut at Wake Forest, posting three tackles and a half-sack in addition to recording the Tigers’ first blocked field goal since the second week of 2018 … he and fellow true freshman Myles Murphy became the first Clemson first-year freshmen to record a sack in a season opener since Dexter Lawrence and Tre Lamar in 2016 … posted two tackles and a pass breakup in his first career start vs. The Citadel … recorded four tackles (two solo) with his first full sack and a pass breakup vs. Virginia … helped Clemson limit No. 7 Miami to 210 yards … had one tackle at Georgia Tech … recorded two tackles including a half-sack in which he forced a fumble that Andrew Booth Jr. returned 21 yards for a touchdown vs. Syracuse … recorded three tackles vs. Boston College, including a game-clinching sack when he forced an intentional grounding in the end zone for a safety to earn team defensive player of the game honors … registered five tackles (one for loss) at No. 4 Notre Dame … made two tackles vs. Pitt … added two tackles at Virginia Tech … made three tackles in ACC Championship Game vs. No. 2 Notre Dame … posted six tackles (2.5 for loss) including a sack vs. No. 3 Ohio State in the Sugar Bowl.