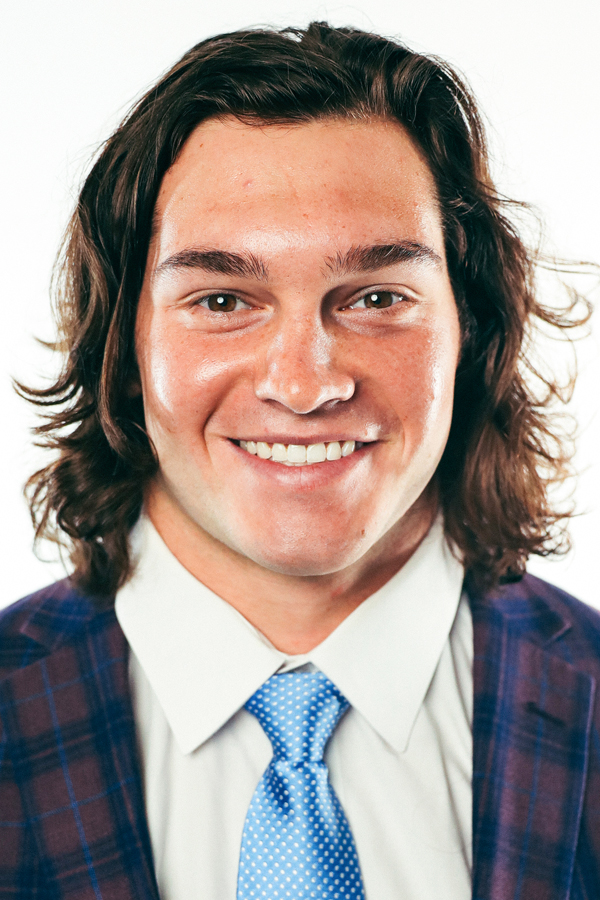 Shined as a two-year starter at weakside linebacker in 2020-21 after spending several seasons as a key reserve … credited with 210 career tackles (22.0 for loss), 9.0 sacks, four forced fumbles, four fumble recoveries, three pass breakups and an interception in 1,456 snaps over 53 games (21 starts) … one-half of a linebacker tandem with James Skalski that Dabo Swinney called “The Bruise Brothers.”

2021: Ranked second on the team with 85 tackles, recording 4.5 tackles for loss, 2.5 sacks, a pass breakup, an interception, a forced fumble and a fumble recovery over 593 snaps in 11 games (10 starts) … notched 11 tackles and his first career interception vs. No. 5 Georgia, sharing team defensive player of the week honors … made one tackle vs. SC State … missed game vs. Georgia Tech with knee inflammation … earned ACC Co-Linebacker of the Week and shared team defensive player of the week after he recorded a team-high 19 tackles at NC State, the most by a Clemson player in a single game under Dabo Swinney, ahead of Spencer Shuey’s 18 tackles against Georgia in 2013 … his 19 tackles at NC State were the most by a Clemson player in a single game since 2002, when John Leake recorded 21 stops against Maryland … added eight tackles (1.5 for loss) and a half-sack vs. Boston College … made a team-high 10 tackles at Syracuse … recorded six tackles including a nine-yard sack at No. 23 Pitt … notched a half-sack among his four tackles vs. Florida State … added five tackles and a forced fumble at Louisville … added three tackles vs. UConn … recorded 11 tackles, a half-sack and a fumble recovery vs. No. 13 Wake Forest … tied for team lead with seven tackles (including one for loss) at South Carolina.

2020: Second-team All-ACC honoree by the AP … All-ACC Academic Team selection … credited with a team-high 72 tackles (10.5 for loss), a team-high 4.5 sacks, two forced fumbles, a fumble recovery and a pass breakup in 517 snaps over 12 games (11 starts) … started at Wake Forest, posting six tackles including a half-sack to collect team defensive player of the game honors … split a tackle for loss among his two tackles vs. The Citadel … earned Walter Camp National Defensive Player of the Week and ACC Linebacker of the Week vs. Virginia after being credited with 13 tackles (seven solo, 1.5 for loss) and a half-sack … also shared team defensive player of the game honors against Virginia … added six tackles (2.5 for loss) with 1.5 sacks vs. No. 7 Miami … contributed four tackles at Georgia Tech … made four tackles (0.5 for loss) vs. Syracuse … notched a team-high eight tackles (one for loss) and a forced fumble vs. Boston College … collected team defensive player of the game honors after posting a team-high nine tackles, a pass breakup and a fumble recovery at No. 4 Notre Dame … contributed three tackles including a sack vs. Pitt … notched seven tackles at Virginia Tech … posted five tackles in ACC Championship Game vs. No. 2 Notre Dame … recorded five tackles, a sack and a forced fumble in Sugar Bowl vs. No. 3 Ohio State.

2019: Credited with 45 tackles (6.0 for loss), 2.0 sacks, a pass breakup and a fumble recovery in 284 snaps over 15 games … recorded three tackles (including one for loss), a deflected pass that was intercepted by Tanner Muse, as well as a fumble recovery on special teams vs. Georgia Tech that helped him share team special teams player of the game honors … made one tackle vs. No. 12 Texas A&M … contributed on defense and special teams at Syracuse … recorded four tackles vs. Charlotte … added three tackles at North Carolina … posted one tackle vs. Florida State … made six tackles vs. Boston College … recorded three tackles (0.5 for loss) vs. Wofford … contributed two tackles at NC State … registered four tackles vs. Wake Forest … made two tackles (one for loss) at South Carolina … added a career-high nine tackles (including one for loss) vs. No. 22 Virginia in the ACC Championship Game … recorded first two sacks of his career among his seven tackles vs. No. 2 Ohio State in the Fiesta Bowl.

2018: Credited with eight tackles (1.0 for loss), a forced fumble and a recovered fumble in 62 snaps in 15 games … forced and recovered a fumble in his collegiate debut vs. Furman … posted one tackle vs. Georgia Southern and at Wake Forest … made two tackles vs. Louisville … added three tackles against Duke.

Before Clemson: Played all over the field, including linebacker and quarterback for Calhoun High School in Georgia … first-team all-state at the AAA level in 2016 by the Atlanta Journal-Constitution … helped Calhoun High to an 11-3 record and to the second round of the state playoffs … led the defense with 78 tackles … as a quarterback in 2016, rushed for 788 yards and 13 touchdowns and passed for 483 yards and three scores … had 63 tackles as a junior in 2015 and added 19 receptions for 378 yards and two scores … as a sophomore, completed 25-38 passes for 447 yards and six scores … had 71 tackles and an interception on defense … threw a 40-yard touchdown pass on a double reverse for what proved to be the winning score in the state championship game victory … that completed a 15-0 season … played for Hal Lamb at Calhoun High … committed to Clemson on Aug. 15, 2015 … wore #4 at Calhoun High School … recruited by Brent Venables.

Personal: Earned degree in marketing and added a master’s degree in athletic leadership … his father, Robbie, was a receiver for the Tigers who lettered from 1988-90 … Robbie played on Tiger teams that finished 10-2 all of those seasons, including the ACC Championship team of 1988 … was a member of Clemson’s winningest class with 40 wins until the recent run by the Tiger program … brother of Clemson receiver Brannon Spector … his sister, Blair, is also a Clemson graduate and former Clemson cheerleader … completed a microinternship at Smith & Nephew in 2019 … two-time ACC Honor Roll selection (2019-20) … born Oct. 20, 1998.