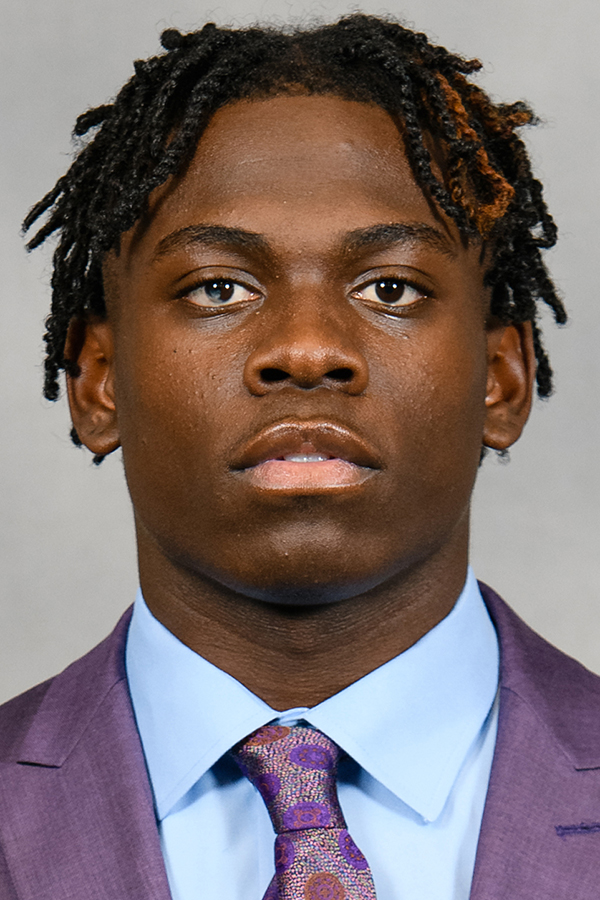 Highlight-reel athletic corner who departed for the NFL Draft after his junior season after recording 75 tackles (5.5 for loss), 10 pass breakups, five interceptions, a sack and a fumble recovery (which he returned 21 yards for a touchdown) in 981 defensive snaps over 35 career games (15 starts) from 2019-21.

2021: First-team All-ACC selection, as he and Mario Goodrich swept first-team honors at cornerback … one-half of the first single-school duo to sweep both first-team All-ACC cornerback honors since 1997 … also earned first-team all-conference honors from the AP, PFF and Phil Steele … credited with 39 tackles (3.0 for loss), five pass breakups, a team-high three interceptions over 581 snaps in 11 games (all starts) … finalist for the Blanchard-Rogers Trophy, presented to the top college player either in or from the state of South Carolina … recorded five tackles (one for loss) and a pass breakup vs. No. 5 Georgia, sharing team defensive player of the week honors … broke up a pass vs. SC State … credited with six tackles vs. Georgia Tech … added another six tackles at NC State … recorded nine tackles (one for loss) vs. Boston College, sharing team defensive player of the game honors … made four tackles at No. 23 Pitt … had one tackle vs. Florida State … made four tackles (one for loss) prior to exiting early with an injury at Louisville … recorded a tackle, two pass breakups and his first interception of the season vs. No. 13 Wake Forest … nabbed team defensive player of the game honors after compiling two interceptions and a pass breakup at South Carolina, joining Marion Reeves (1971) and Willie Underwood (1980) as the only Clemson players with multiple interceptions in a game in the rivalry’s history … concluded the season with two tackles vs. Iowa State.

2020: Credited with 30 tackles (2.5 for loss), four pass breakups, two interceptions, a sack and a 21-yard fumble return for touchdown in 335 snaps over 11 games (four starts) … second-team All-ACC pick … also earned second-team All-ACC honors from the AP and PFF … All-ACC Academic Team selection … recorded three tackles and a pass breakup at Wake Forest … made one tackle vs. The Citadel … registered three tackles (all solo), two pass breakups and a highlight-reel one-handed interception vs. Virginia, which his interceptions and pass breakups coming in coverage against two 6-foot-7 Cavalier targets … earned ACC Defensive Back of the Week and shared team defensive player of the game honors for that performance against Virginia … recorded a tackle for loss and an acrobatic pass breakup vs. No. 7 Miami … credited with a team-high seven tackles (one for loss) and his first career sack at Georgia Tech … registered five tackles and a 21-yard fumble return touchdown vs. Syracuse … contributed five tackles (0.5 for loss) vs. Boston College … added two tackles at No. 4 Notre Dame … recorded a tackle and his second career interception vs. Pitt … had two tackles in Sugar Bowl vs. No. 3 Ohio State.

There are “athletic plays” and then there is this!