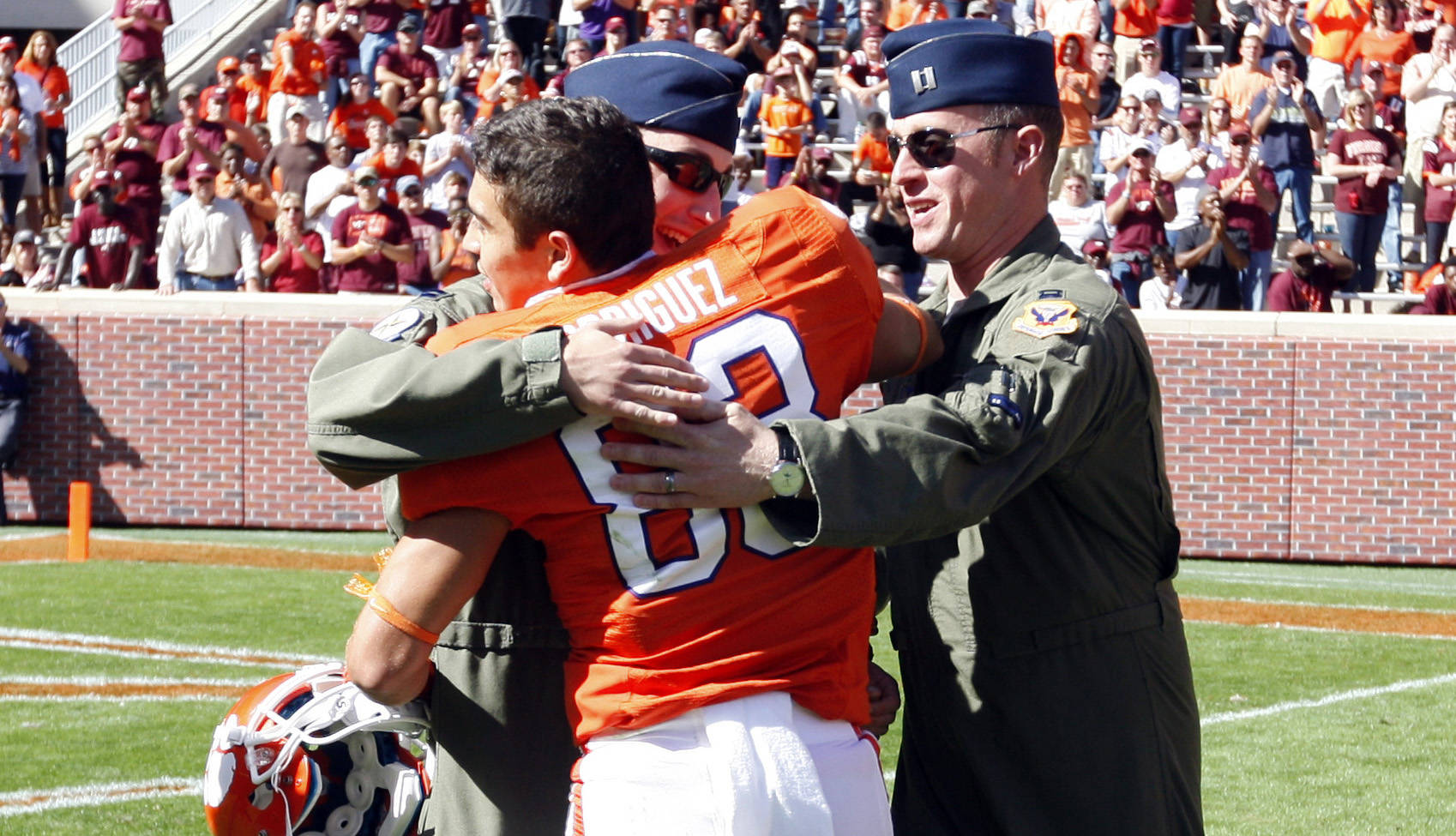 CLEMSON, SC – A special recognition of U.S. Air Force Captains Michal Polidor and Justin Kulish was held at the end of the third quarter of today’s game between Clemson and Virginia Tech.

Their lives are forever linked with Clemson football player Daniel Rodriguez. On Oct. 3, 2009, Capt. Polidor, Capt. Kulish and many others came to aid of Rodriguez’s Army unit as it was pinned down during a deadly ambush in Afghanistan.

Capt. Polidor spent eight hours flying over the battlefield that day in an F-15 dropping bombs on enemy targets and directing fire on more than 200 Taliban insurgents. His actions, coupled with the heroism of those on the ground, saved countless lives and demonstrated the teamwork that personifies the military.