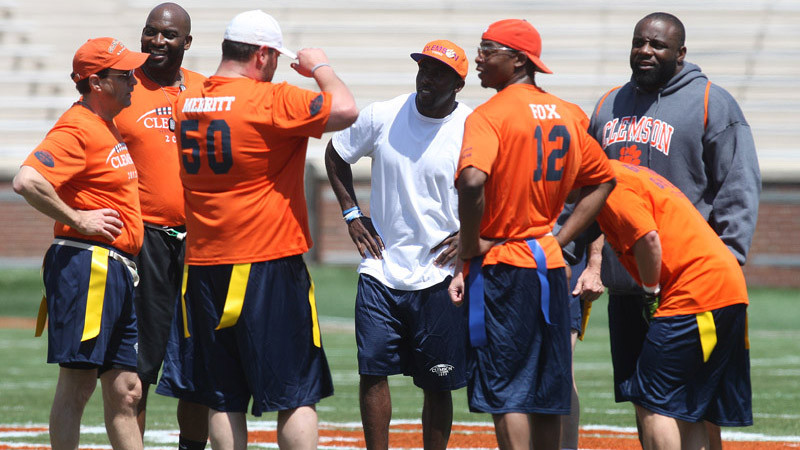 CLEMSON, SC – The sixth annual Clemson Sons Bowl will begin at Memorial Stadium at 1:30 PM on Saturday. The flag football game is a competition between former Clemson players of the past and it precedes the Clemson Spring Football Game, which starts at 4 PM.

Many other former Clemson Tigers will be on hand to serve as coaches, including current Buffalo Bills Pro Bowl running back C.J. Spiller.

All players will be available for autographs and photos on the concourse of Death Valley from 3:15 PM to 4:00 PM.