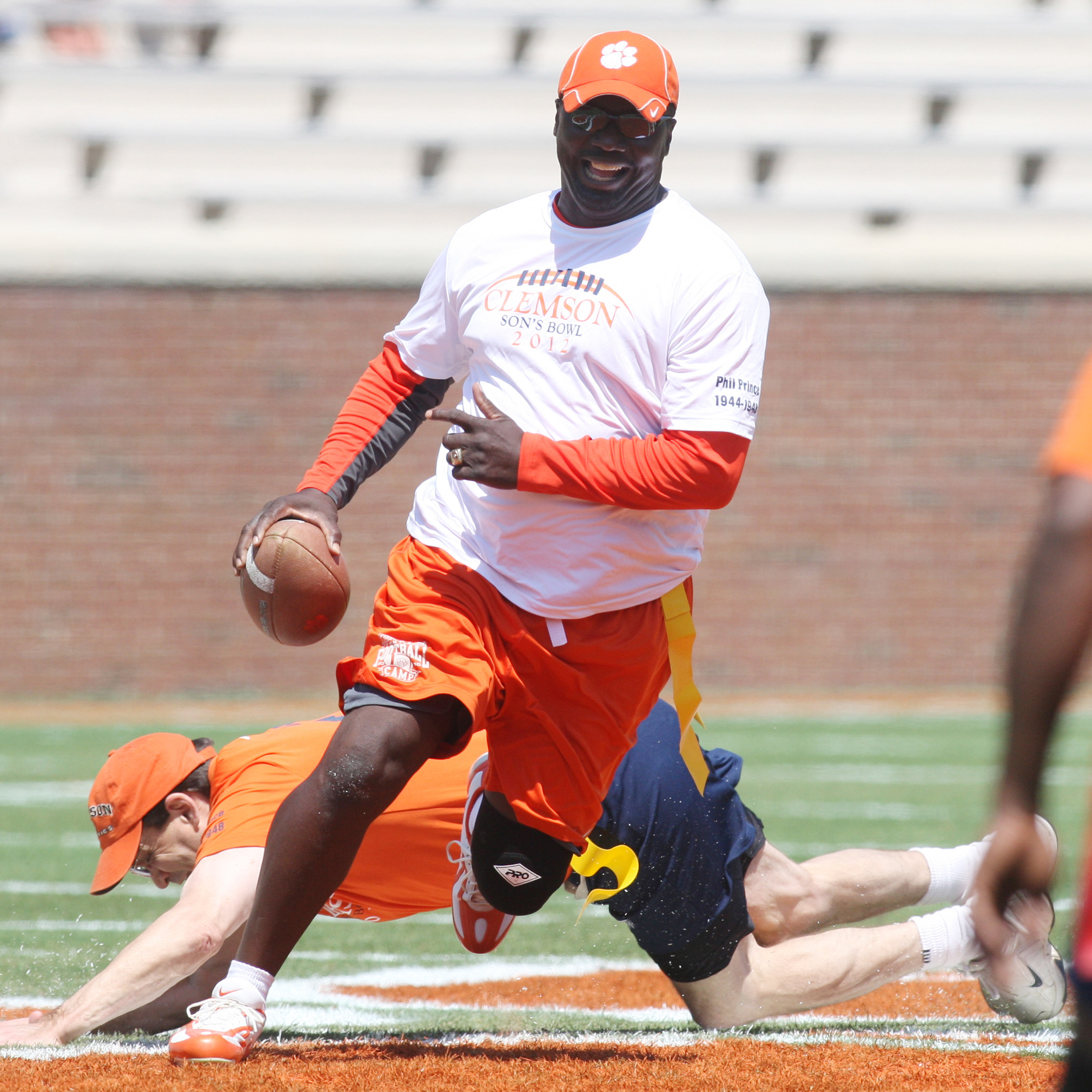 CLEMSON, S.C. — Rosters for the 2015 Sons of Clemson Bowl have been announced. The annual flag football event pits an orange team against a white team, and features various alumni from several generations of Tiger football.

Three players who were All-ACC performers are slated to compete in the Sons Bowl, led by 1981 National Championship quarterback Homer Jordan. One of the coaches for the white team is 1973 graduate Bobby Johnson, who went on to serve as head coach at Furman and Vanderbilt from 1994-2010.

The event gets underway at 12 noon on Saturday and precedes the Orange & White spring football game in Memorial Stadium. Following the event at approximately 2 p.m., members of the Sons of Clemson Bowl will sign autographs in Section T.