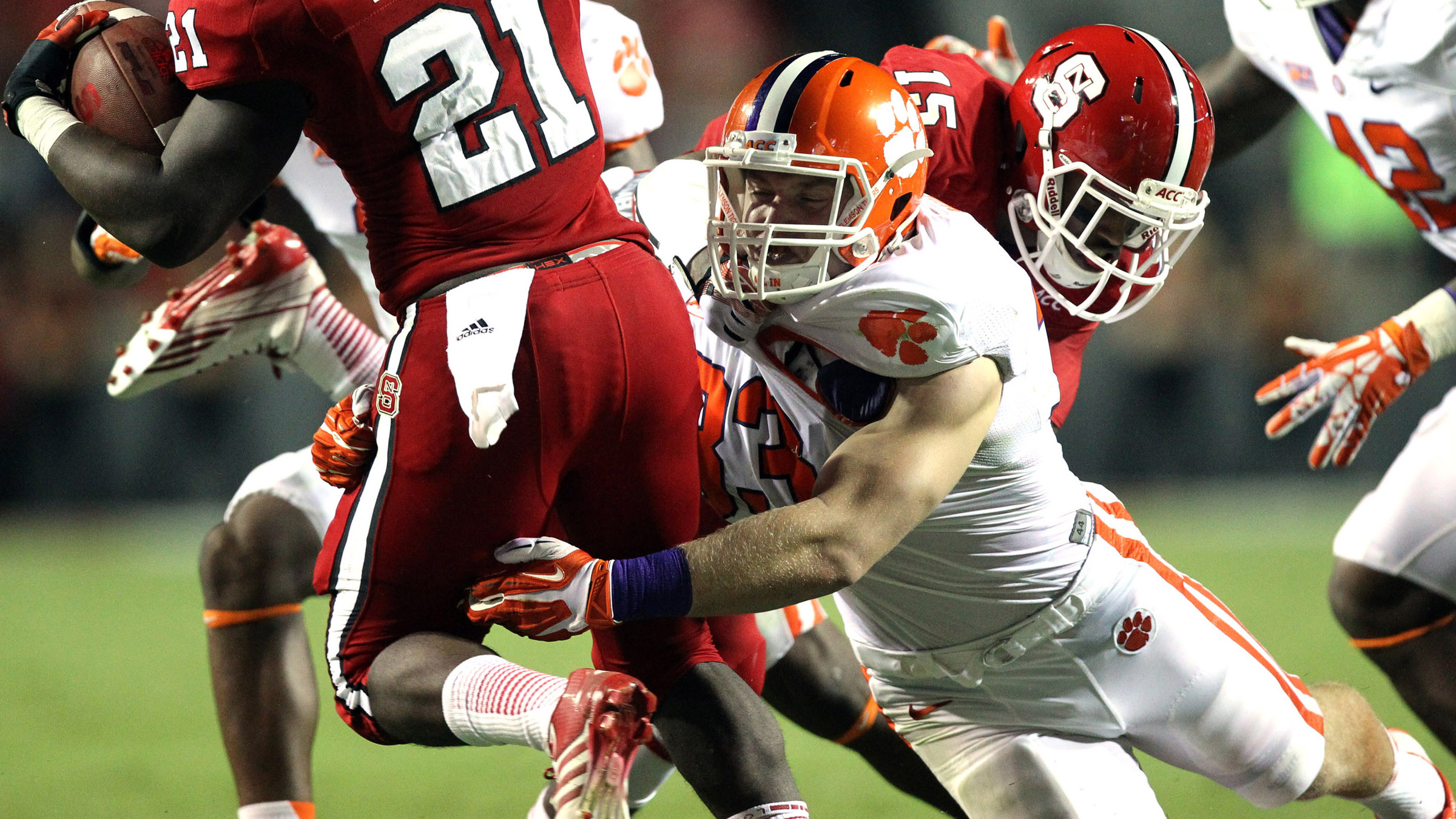 NEWPORT BEACH, CA – Clemson linebacker Spencer Shuey has been named the Lott IMPACT Player of the Week.  The 6-3, 240-pound Shuey from Charlotte, NC had 11 tackles and a fumble recovery in the Tigers’ 26-14 win over NC State on Thursday night in Raleigh, NC.  The victory kept the No. 3 ranked Tigers undefeated at 3-0.

In recognition of Shuey’s performance, the Pacific Club IMPACT Foundation, sponsors of the Lott IMPACT Trophy, will make a $1,000 donation to the general scholarship fund at Clemson.

Shuey is a two-time ACC Academic Honor Roll member who has graduated with a degree in management.  He didn’t become a starter until mid-way through his third season (2012) at Clemson.

“He’s willed himself into the player he is now,” said defensive coordinator Brent Venables.  “I’ve never had to ask him to do something twice.”