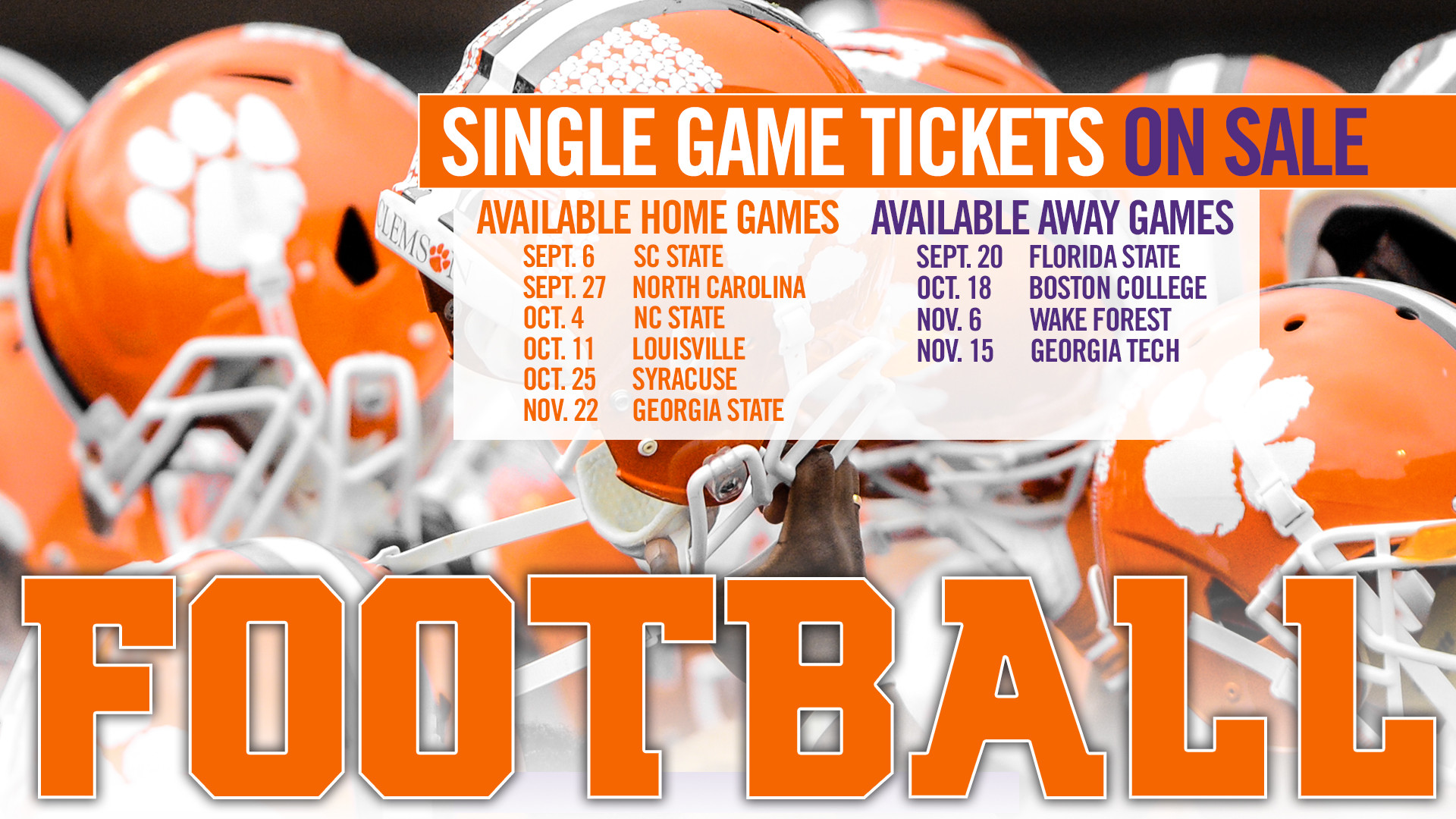 The Clemson athletic ticket office announced today it has exhausted its supply of season tickets for the Tigers’ seven-game 2014 football home schedule and has now begun the sale of single-game tickets for all home games other than the South Carolina season finale.

“It’s always tremendous to see the passion of the Clemson family and their excitement for the upcoming season,” director of athletics Dan Radakovich said. “We thank each of our IPTAY donors and our season ticket purchasers for their contributions and support and we’re all looking forward to Coach Swinney and our Tigers having another exciting season in Death Valley.”

With a renewal rate of over 90 percent and 4,500 new season tickets sold, Clemson has eclipsed 2013 season ticket numbers by more than 1,000. The Tigers play seven home games this fall, kicking off Sept. 6 against South Carolina State.

Single game tickets are available online at ClemsonTigers.com, via phone at 1-800-CLEMSON or in person at the athletic ticket office located in the IPTAY Center at Memorial Stadium.