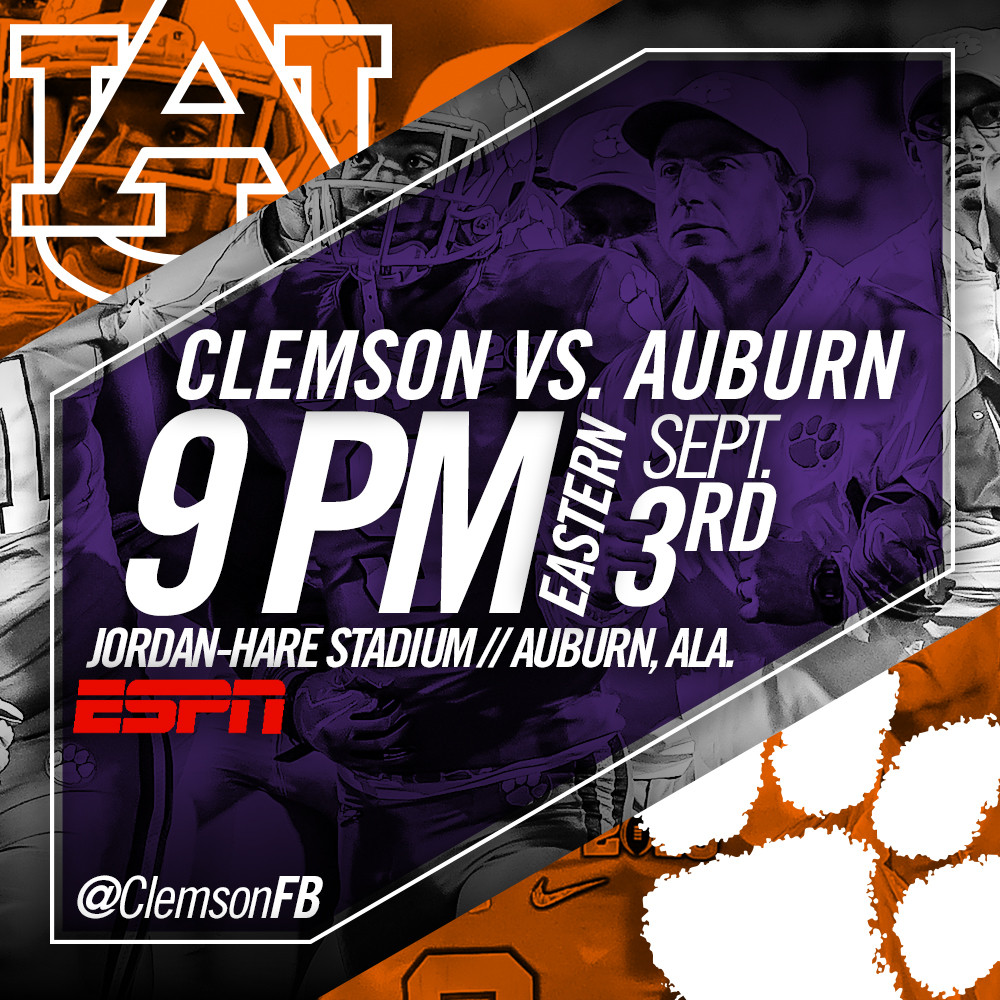 CLEMSON, S.C. — ESPN announced on Tuesday that the Clemson at Auburn football game on Saturday, September 3 will start at 9 p.m. ET (8 p.m. CT). The game will be televised on ESPN and will be preceded on the network by the Georgia vs. North Carolina game.

The 9 p.m. eastern start will be the latest for a Clemson season opener since the 1982 season when the Tigers opened as defending National Champions at Georgia in a game that had a 9:10 p.m. ET kickoff. That game was played on Monday, September 6.

This will be Clemson’s first trip to Auburn since 2010 when the home Tigers won 27-24 in overtime. Auburn went on to post a perfect season and win the National Championship. Clemson was the only team to play Auburn on even terms through the first 60 minutes of a game that year.

This will be the fourth season Dabo Swinney’s Tigers have started the season with a game against an SEC opponent. In addition to the 2012 season opener against Auburn in the Georgia Dome, Clemson opened the 2013 and 2014 seasons against Georgia.