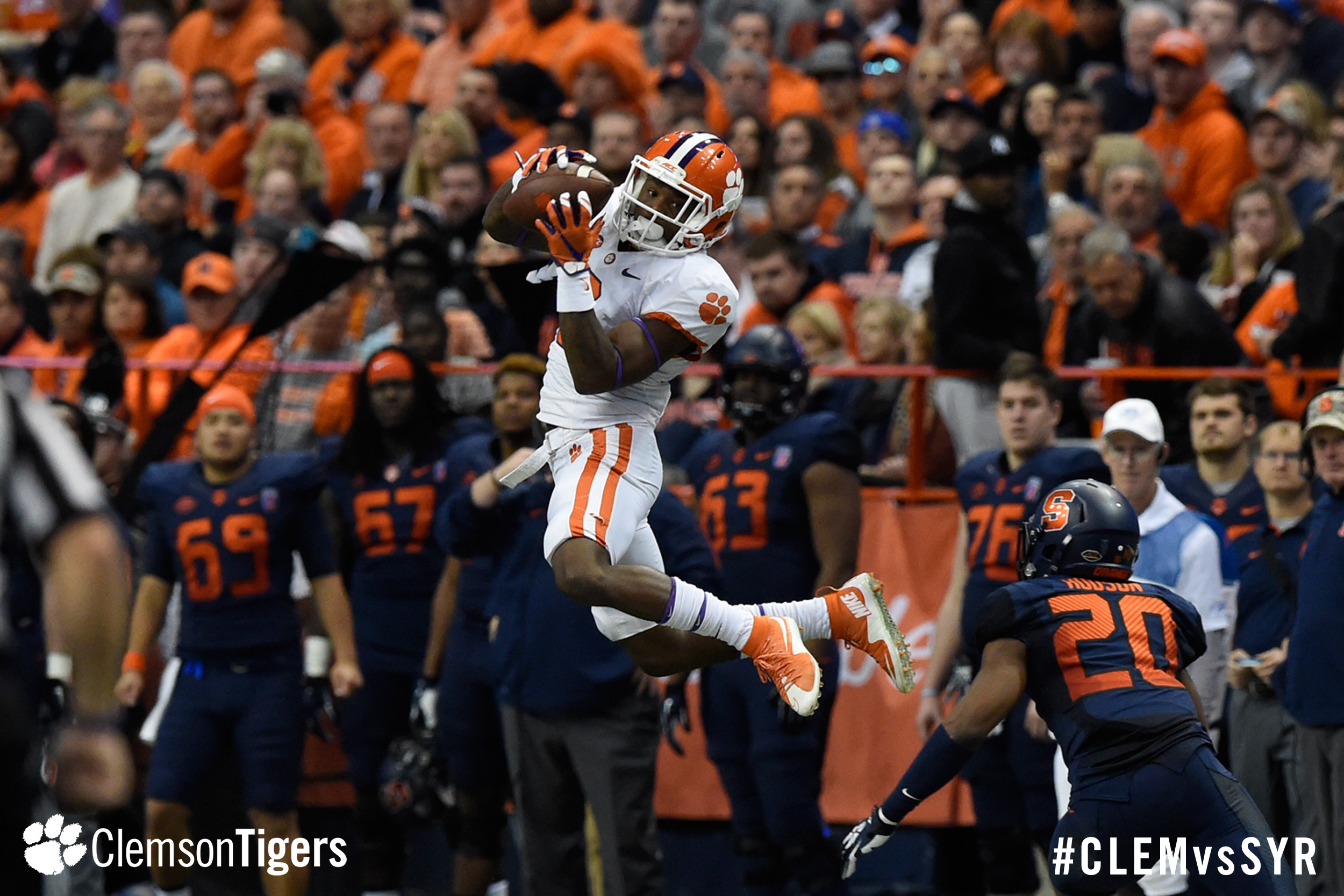 Clemson, S.C.—Clemson wide receiver and kick returner Artavis Scott has been named to the Watch List for the 2016 Paul Hornung Award.  The honor is presented each year by the Louisville Sports Commission to the nation’s most versatile player.  It is named in honor of former Notre Dame and Heisman Trophy winner Paul Hornung.

Scott led Clemson in receptions and reception yardage last year with 93 catches for 901 yards and six touchdowns.  He has 169 career receptions, more than any other active ACC player.  Scott also had 371 kickoff returns last year on 15 attempts, added 55 punt return yards, and had six rushes for 20 yards and a touchdown.  He finished with 1347 all-purpose yards for the 15 games.

The native of  Clearwater, Fla, has been an All-ACC selection as a freshman and a sophomore.  He needs just 31 receptions to become the fourth player in Clemson history to reach 200 career catches.  He is 11th in Clemson history in career reception yardage.