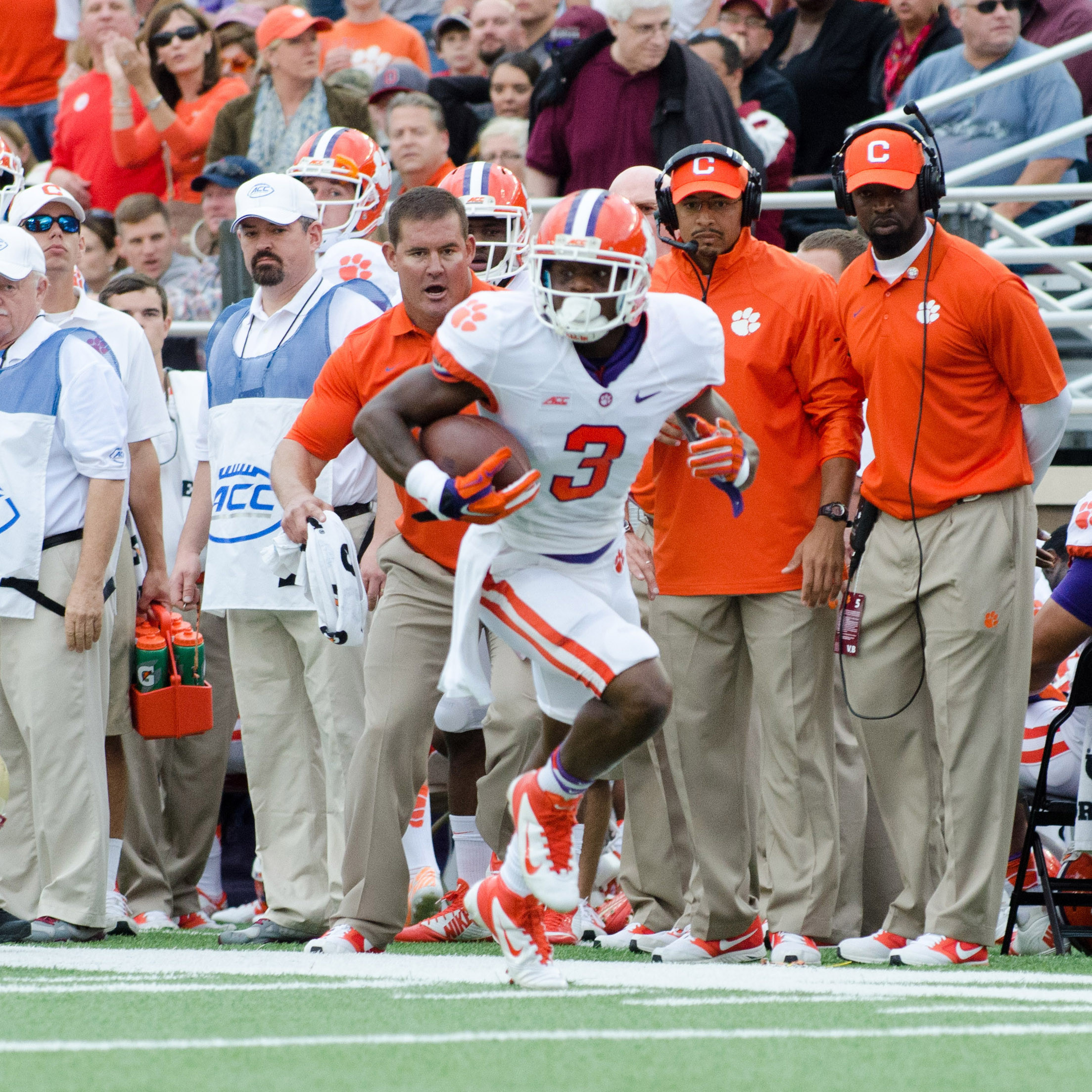 Clemson, S.C.—Clemson freshman receiver Artavis Scott has been named a first-team Freshman All-American by ESPN.com and 247 Sports.  Scott will be one of the top Clemson players when it plays Oklahoma in the 2014 Russell Athletic Bowl in Orlando, Fla. on December 29. Scott has 68 receptions for 851 yards and seven touchdowns this year.  His reception total is third best in the nation among freshmen and ranks second in school history for a freshman. Only Sammy Watkins 82 receptions in 2011 rank higher among Clemson freshmen.   Scott leads the Clemson team in touchdowns this year. The native of Oldsmar, Fla. became the first player in Clemson history to record 10 receptions in consecutive games when he had 10-66 in the win over Louisville, then had 10-72 the following week in the victory over Boston College.  He finished the regular season with 7-185 and two scores in the win over South Carolina, the most receiving yards in the history of the rivalry by a Clemson player, and the most in any game by a Clemson freshman.