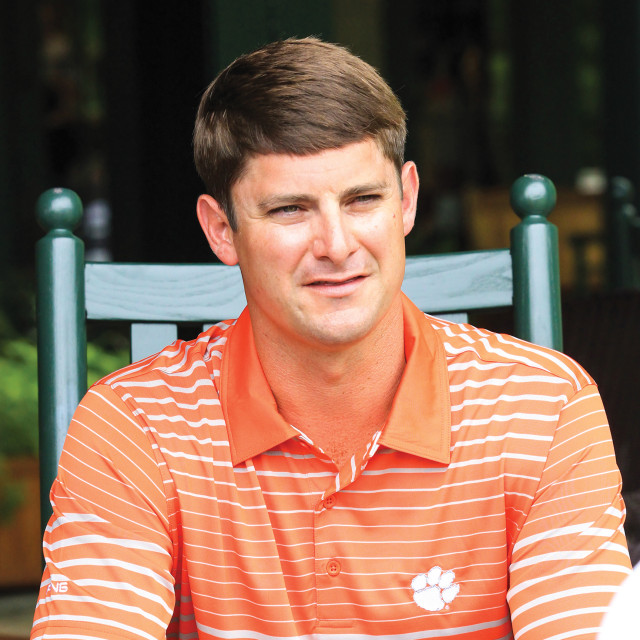 Scott Honored as a Top Recruiter

Clemson, S.C.—Clemson co-offensive coordinator Jeff Scott has been honored by Rivals.com and 247 Sports for his excellence in recruiting in 2017-18.   Rivals.com named Scott one of the top 25 recruiters in the nation, and 247 Sports ranked him as the Best Recruiter in the ACC.

It marked the fourth straight year Scott had been named to the list of Top 25 recruiters by Rivals.com.

Scott had a lot to do with Clemson’s No. 5 recruiting ranking by ESPN, No. 6 by 247 Sports and No. 8 by Rivals.com. Clemson had the third highest ranking naitonally by Rivals.com in terms of stars per player.

Scott has helped Clemson to a top 10 recruiting ranking by ESPN each of the last four years, which has led to a 40-3 record on the field, three ACC Championships and a national championship. Clemson has finished second, first and fourth in the nation in the final AP polls the last three years.

Clemson has a streak of seven consecutive years with at least 10 wins, something only Alabama has duplicated. Clemson has a 101-30 record since he became an assistant coach under Dabo Swinney.