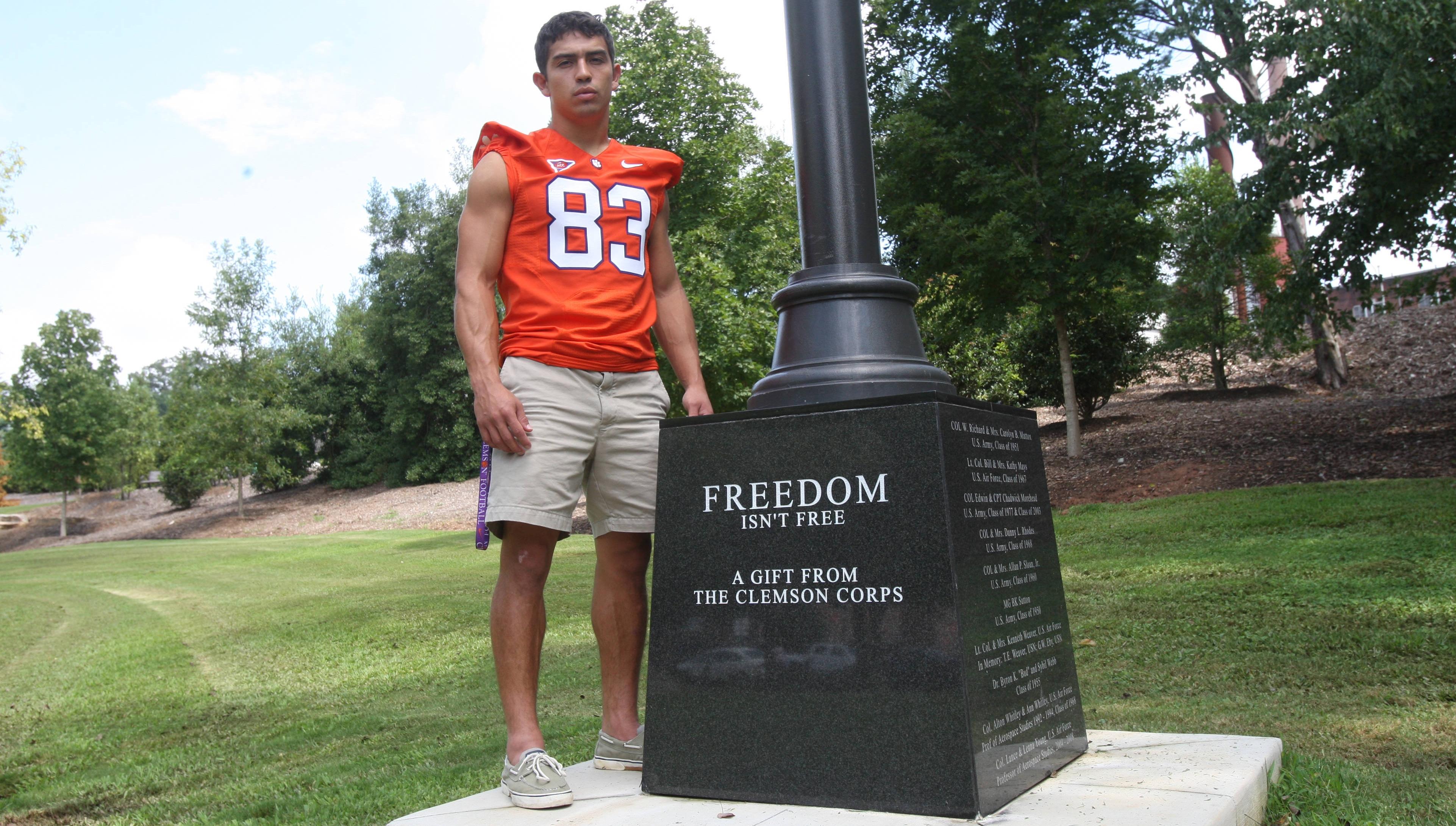 CHICAGO, IL – Daniel Rodriguez, who accomplished his dream by making the Clemson football team after battling post-traumatic stress syndrome, is nominated for the 2012 USAA Athletic Inspiration Award for Courage in Sports (facebook.com/USAA), Intersport announced today. The USAA Athletic Inspiration Award, wholly determined by fan voting, recognizes individuals who have overcome monumental challenges to achieve greatness in the world of sports. The winner will be announced on a one-hour “Courage in Sports” special airing at 5 p.m. ET Nov. 11 on CBS.

Four remarkable individuals have been selected to participate in the Facebook voting. From now until Oct. 8 fans may vote once per day and share their vote with friends at www.facebook.com/USAA.

Daniel was a three-time letter winner for football in high school and planned to play in college, but the death of his father – just four days after his high school graduation – changed everything.

Daniel served one and a half years in Iraq followed by a year-long tour in Afghanistan. Three weeks before the battle of Kamdesh in Afghanistan, Daniel and a fellow soldier, promised each other they would pursue their dreams when they returned from duty. His fellow soldier was killed in that battle and Daniel was wounded by shrapnel and bullet fragments. He was awarded a Purple Heart and a Bronze Star for valor.

Diagnosed with PTSD, TBI and hearing loss upon his return, Daniel found solace in working out and training. Remembering his promise to his friend pushed him to train harder than ever to play college football. He produced a recruiting video that drew interest from over 50 colleges, one being Clemson University.

Clemson sent a waiver to the NCAA which cleared in April of this year, allowing Daniel – a 24-year-old freshman – to make his football debut in Clemson’s first game on September 1, a 26-19 win over Auburn.

Daniel continues to use his past experiences and promises as his motivation. “I don’t think you should shut out what has changed you in life,” he said. “So, it’s unfair for me to shut out what I’ve been through. I think that’s what catapults me beyond what I’m trying to achieve because I’m using the hardships, the horrors, the killing, the friends that I’ve lost as my fuel.”

To show your support for Daniel or any of the four nominees in the 2012 USAA Athletic Inspiration Award, visit:www.facebook.com/USAA or http://bit.ly/PDpNZj on mobile.

For questions about “Courage in Sports,” contact Nick Owen at nowen@intersportnet.com or 312-467-2826.