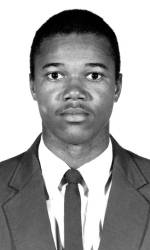 CLEMSON, SC – Former Clemson quarterback Randy Anderson died Feb. 7 in Houston, TX after a long fight against cancer. Anderson, who was 46 at the time of his death, played for the Tigers from 1984-87. Clemson won ACC Championships in 1986 and 1987 during his career.

Anderson was diagnosed with multiple myeloma, a cancer of the plasma cells, in 2006, and underwent a double stem cell transplant later that year. Complications led to leukemia, however.

During the period in which he was undergoing his initial treatments, Anderson founded By His Stripes Ministry – a sports-centered Christian outreach project – and remained active in the ministry for the rest of his life.

Anderson was back on Clemson’s campus last April, when he participated in the annual alumni Son’s Game prior to the Tigers’ Orange-White spring game.

Anderson is survived by his wife, Angelia, and daughter Savannah.

The former Broome High School (Spartanburg) product was Clemson’s starting quarterback for the first four games of the 1985 season. He led the Tigers to a thrilling victory at Virginia Tech when the Tigers won 20-17 on the last play of the game, a 36-yard field goal by kicker David Treadwell. Anderson completed 17-30 passes for 220 yards and a touchdown in that victory.

Anderson was the backup to Rodney Williams on Clemson’s ACC Championship team of 1986. He missed most of the 1987 season with a back injury, but did play in the win over Penn State in the 1988 Citrus Bowl.

For his career, Anderson completed 76-145 passes for 866 yards and three touchdowns. He played in 22 games in his Clemson career.