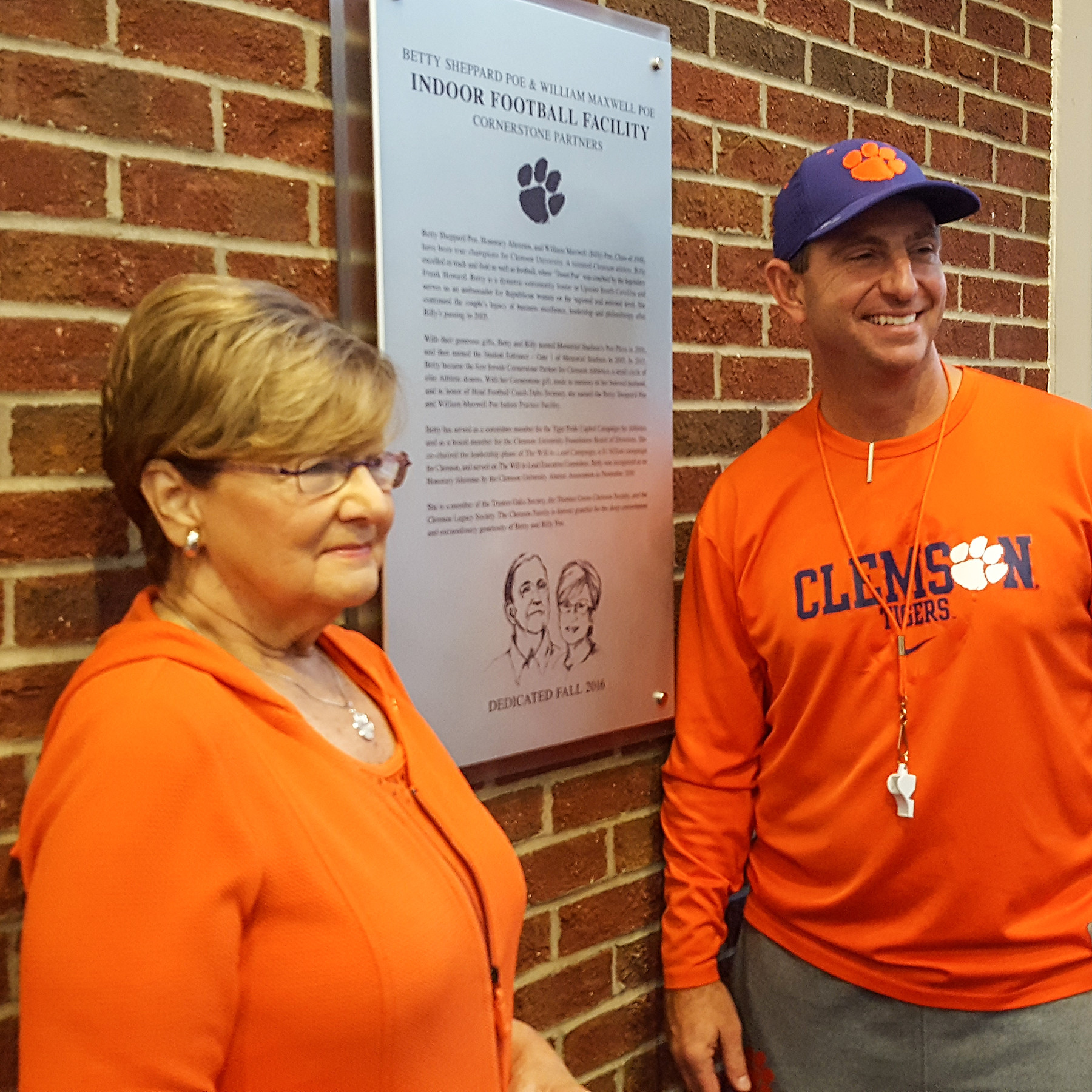 CLEMSON, S.C. – After practice on Wednesday, head coach Dabo Swinney called his team together for an introduction and an announcement. He brought forward Betty Poe, introduced her to the team and made them aware that from now on Clemson’s indoor football facility would be known as the Betty Sheppard Poe and William Maxwell Poe Indoor Football Facility.

“To be successful in any business, athletic department, football program, whatever you do, it takes great people,” said Swinney from the lobby of the now Poe Indoor Football Facility. “You don’t get any better people than Betty Poe. She and her husband and entire family have been such a big part of this University and it is fitting today that we name our indoor football facility in their honor.

“They have been at the forefront of so many projects at Clemson University, not just athletics. This is a special day for our football program.

“We brought Betty in front of the team at the end of practice and introduced her to them. They need to know that when they are at the top of the hill at Death Valley they are in the Poe Plaza. They know what she has done for our program.”

Clemson takes on Wake Forest in Winston-Salem on Saturday at 7 p.m.   With a victory the Tigers will clinch the Atlantic Division championship and a bid to the ACC Championship game in Orlando on December 3. It would also give the Tigers a 10th win for the sixth consecutive season.

Swinney said after practice that he expects offensive tackle Mitch Hyatt to play Saturday at Wake Forest. Hyatt, who had started 24 consecutive games at left tackle, played just two snaps due to an ankle injury against Pittsburgh. Swinney did say that freshman defensive back Trevon Mullen would miss the game with an Achilles injury.