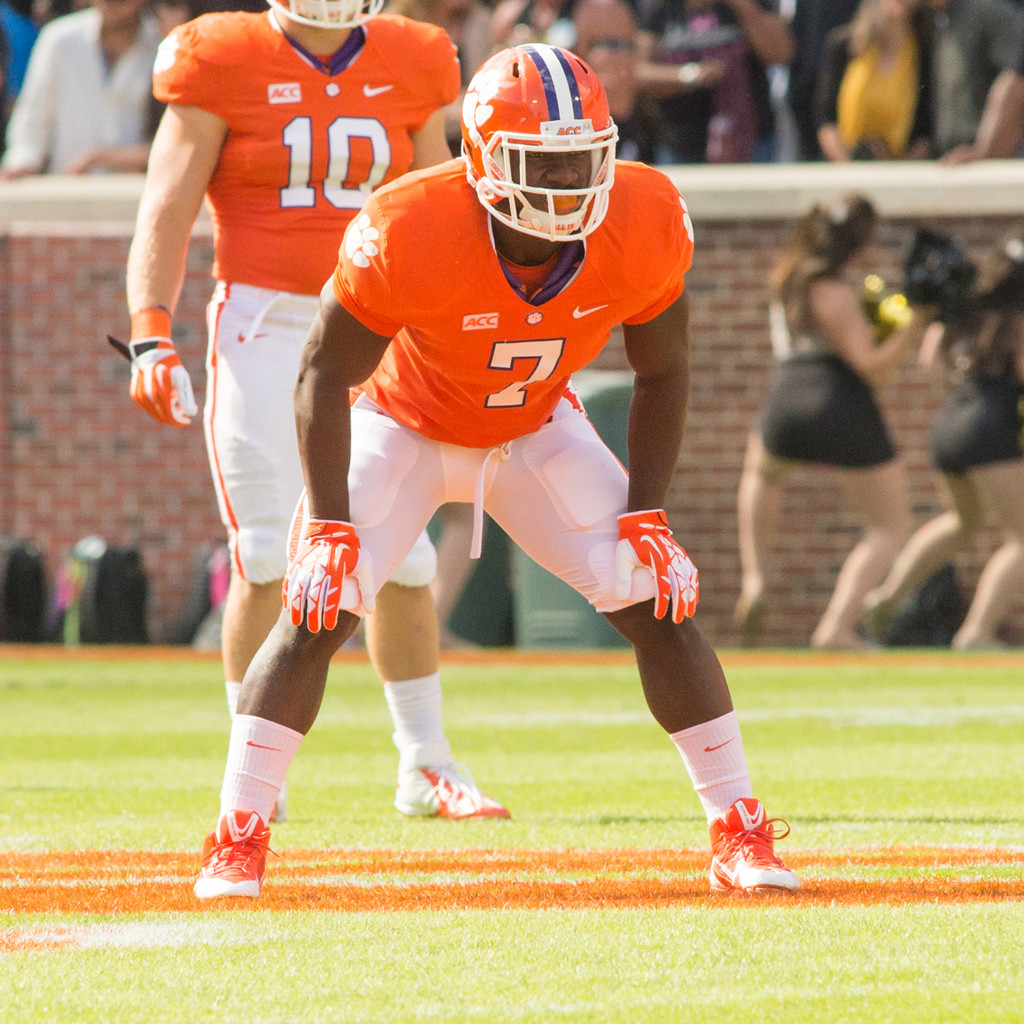 Playing By the Rules

Tony Steward is scheduled to make his first career start Saturday in Athens, finally healthy after suffering torn ACLs as a high school senior and college freshman. He signed with the Tigers as a five-star rated prospect out of Pedro Menendez High School (Hastings, Fla.), ESPN’s No. 1 inside linebacker in the nation. His NLI signature was one of many that set off a huge celebration in the WestZone lounge on Feb. 2, 2011.

You can imagine, then, that the sheer joy displayed by Dabo Swinney and recruiting coordinator Jeff Scott would have been dramatically different if anything out of the ordinary occurred during the recruitment process to affect his eligibility.

Steward spent this past summer studying eligibility requirements and much more as part of a 400-hour internship with Clemson Athletics’ compliance services office. The internship is a requirement for all parks, recreation & tourism management majors.

“I definitely thought it was a valuable experience,” he said. “It helped me understand the rules that are put in place a lot better.”

One of Steward’s primary tasks was to help compliance services find new and improved ways of communicating rules education initiatives to Clemson’s student-athlete population. He also dove head-first into the thick NCAA rulebook to help decipher rules for specific questions. Another valuable experience was auditing Clemson’s football camp, to ensure everything was done correctly from a rules compliance standpoint.

On the field, nothing’s come easy for Steward at Clemson, and like his 400-hour internship this summer off the field, he’s had to work for everything he’s earned.

While many student-athletes shy away from learning the intricacies of what it takes to be compliant for his or her sport, Steward took the opposite approach. According to associate athletic director and compliance services director Stephanie Ellison, he was a sponge, soaking up as much knowledge as possible.

“Tony Steward is a rare jewel,” Ellison said. “His thirst for knowledge in all aspects of athletics (not just football) was impressive to witness. Most importantly, he took his time in compliance services very seriously. As a staff we look forward to what the future holds for Tony!”

The words echo what we heard throughout August camp from his position coach, Brent Venables, who said Steward has gone above and beyond to set a positive example for his fellow linebackers.

What else would you expect from a guy that spent his summer immersing himself in rules education for student-athletes?