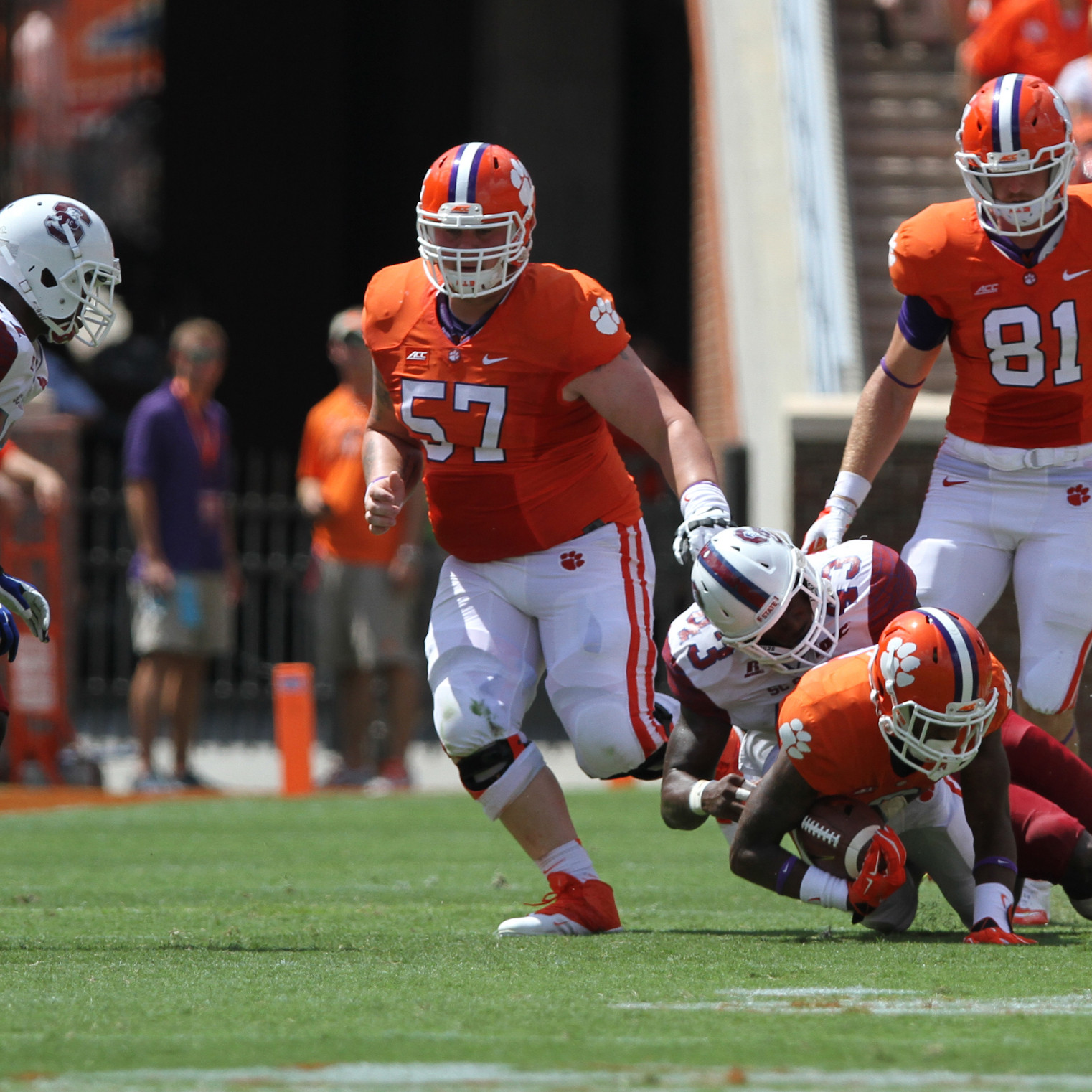 CLEMSON — With the Tigers looking toward the season-opening contest with Wofford this weekend, excitement around the WestZone is at an all-time high. Many players are going to be stepping on to the field for their first start, while others are stepping onto a college field for the first time.

But according to several Clemson veterans, fans have nothing to worry about.

“I feel good about our team. There is something special about this team in particular, ” said Jay Guillermo, a redshirt junior on the offensive line.

Fifth-year senior defensive tackle, Roderick Byers, is confident in his younger teammates and has taken personal responsibility for them during spring practice and August camp.

“I’m really proud of the freshmen and how they worked and responded this summer,” he said. “I really want the younger guys to be successful.”

As for competing with Wofford’s triple-option offense, the Tigers have been putting in work at practice to make sure they are ready.

“The triple option is not something we play every day, but we are looking forward to taking a stand this Saturday,” said defensive end Kevin Dodd, who’s slated to make his first start against the Terriers.

Byers added that while they are not used to playing triple option teams outside of Georgia Tech, the Tigers have an opportunity to learn and excel as a team.

“The most uncomfortable situations will produce the most growth,” Byers said.

Ben Boulware, a junior linebacker, added, “We’ve gotten a lot better technically against teams that cut-block, because of Coach (Brent) Venables,” and is confident the Tiger defense is ready to attack every snap of Saturday’s contest.

“We have worked our butts off to get to this point. Every person in the state of South Carolina, let alone just the team, is looking forward to the game Saturday,” Boulware said.

Starting quarterback — sophomore Deshaun Watson — may have put it best when he focused on the emotion of being back in Death Valley.

“I’m really excited to get back with my teammates, seeing all of the orange and fans in the stands cheering us on and just having fun in Death Valley,” he said. “Knowing that half of the season (last year), I didn’t really get to run down the Hill like I wanted to, I get to have that moment in time now. I am going to cherish it, and no doubt a lot of emotions will be running through my head. I’m really looking forward to getting on that bus and coming down to the stadium.”