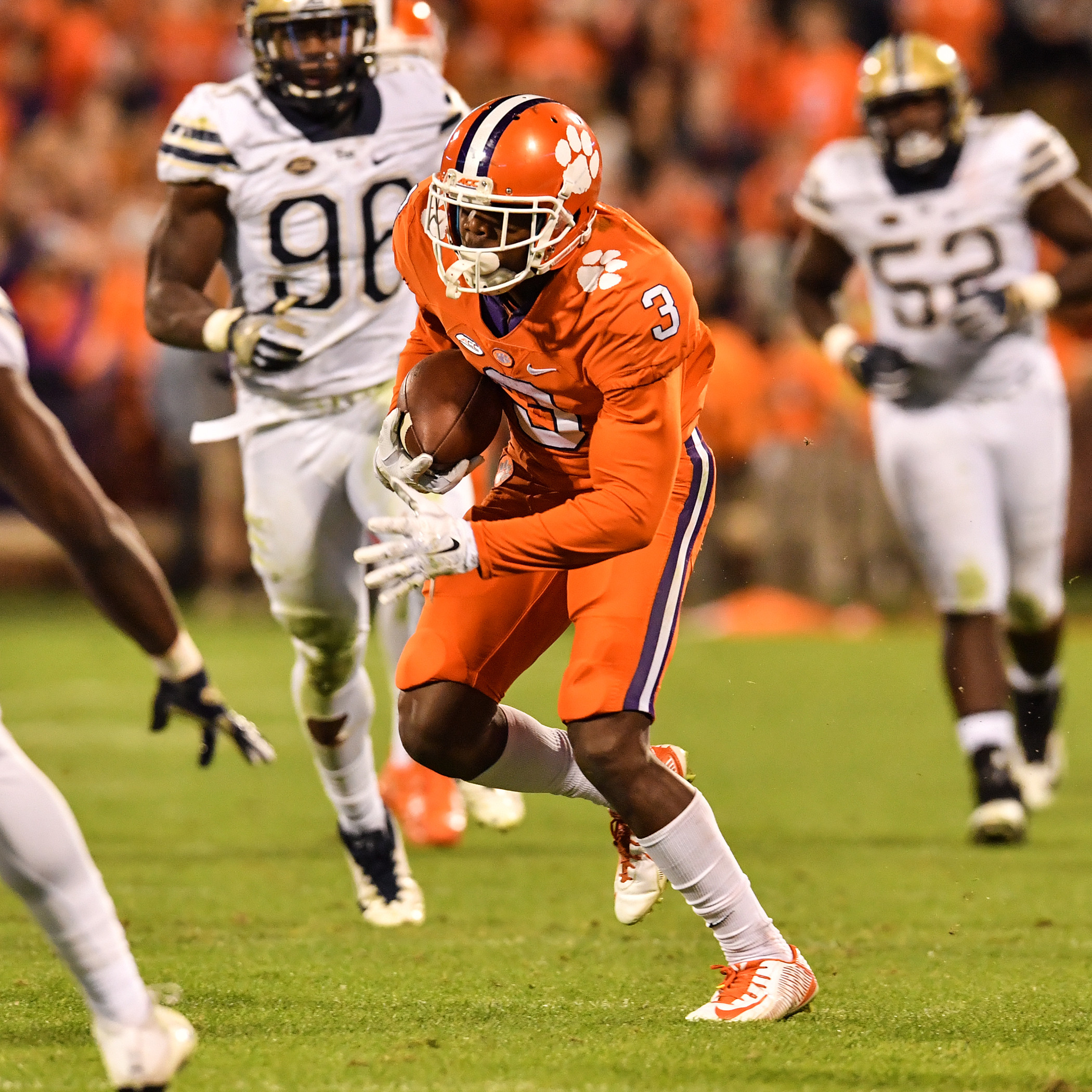 CLEMSON, S.C. – Chris Blewitt’s 48-yard field goal with six seconds left in the game lifted Pittsburgh to a 43-42 victory over No. 2 Clemson at Memorial Stadium on Saturday. The Panthers improved to 6-4 overall and 3-3 in the ACC, while the Tigers dropped their first regular-season game since 2014 and fell to 9-1 overall and 6-1 in ACC play.

The Tigers had a fourth-and-one with just over a minute left that would have sealed the game, but Wayne Gallman was stopped short in Pittsburgh territory. The Panthers drove down the field to set up Blewitt’s game-winning field goal.

Deshaun Watson led the way with 580 passing yards on 52 completions, becoming the sixth player in ACC history with 10,000 career yards of total offense and the first to accomplish that feat as a junior. His passing yards and completions set Clemson single-game records, and the former set an ACC record. Mike Williams added 15 receptions for 202 yards.

The first quarter featured explosive offense from both teams, with Pittsburgh opening the scoring less than two minutes into the game with a 15-yard touchdown pass from Nathan Peterman to George Ashton. The score was the first touchdown Clemson had allowed in the first quarter in 2016. Peterman also connected with James Conner for a 46-yard score midway through the quarter. Both of Clemson’s first-quarter touchdowns were one-yard runs by Gallman.

The momentum continued for the Tigers, as Clemson took its first lead of the game early in the second quarter on a 15-yard touchdown pass from Watson to Williams. Pittsburgh marched right back down the field to score on a 55-yard pass, but Blewitt’s extra-point attempt was blocked. Watson then fueled a 75-yard touchdown drive late in the second quarter, and Clemson took a 28-27 lead into halftime.

In the second half, Pittsburgh hung tight, as Clemson had an eight-point lead in the fourth quarter. With the Tigers ahead 42-34, Watson threw an interception in the endzone, and the Panthers capitalized with a touchdown. The two-point try was no good, as Clemson maintained a two-point lead.

Clemson travels to Winston-Salem, N.C., next Saturday for its last ACC game of the regular season, a matchup with Wake Forest. A Tiger win would clinch Clemson’s berth in the ACC Championship Game.